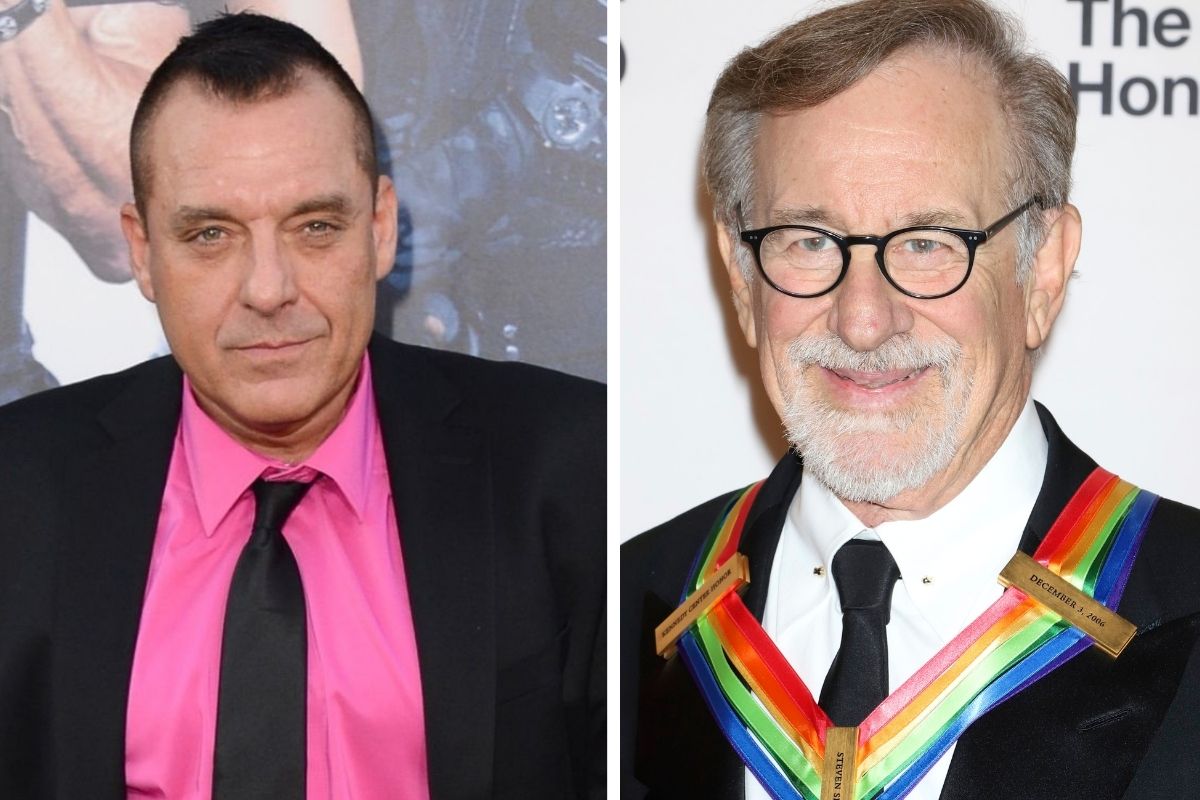 Tom Sizemore is a classic example of a talented Hollywood actor whose career has been continually negatively affected by his struggles with drug addiction. Nevertheless, Steven Spielberg was so eager to work with Sizemore in his 1998 World War II epic Saving Private Ryan that he took a chance and cast him as Sergeant Mike Horvath. He did so with a heavy ultimatum, though. How did they reach this agreement and what were the results?

Tom Sizemore was born in Detroit, Michigan on September 29, 1961, per the IMBD. He attended Wayne State University and received a Master’s degree in Theater from Temple University in 1986. One of his very first film appearances was the role of “Vet #1” in the 1989 Oliver Stone movie Born On The Fourth of July, starring Tom Cruise.

Steven Spielberg Made A Deal With Sizemore

Sizemore’s rise to prominence and skill as an actor led to him being considered for the role of Michael Horvath in Steven Spielberg’s Saving Private Ryan, but Sizemore was also becoming as notorious for his drug problems as he was for his acting. In fact, 1998 was not only the year of Saving Private Ryan, it was the year Robert DeNiro teamed up with Sizemore’s mother and confronted him about his substance abuse and announced they were going to drive him to jail or to rehab—it was his choice. Sizemore chose rehab, and he was able to stay sober for a time. It was at this point that he started filming Saving Private Ryan. As reported by Hollywood Cheat Sheet, director Steven Spielberg cast Sizemore as Michael Hogarth with the caveat that Sizemore would take a drug test every single day of shooting and if he failed, Spielberg would “recast and reshoot the entire film.”

The shoot was grueling; Spielberg needed to get the actors into the proper state of mind of World War II soldiers enduring the Normandy Landings and then going behind enemy lines to bring back a soldier who is the last living son in a family in which all of his brothers have been killed in action. He put them through the actual rigorous boot camp endured by soldiers. In a 1998 Entertainment Weekly article, Sizemore recalled, “You had this skinny little f—ing thing they called a blanket, which wasn’t fit to cover a squirrel. You could either put it on top of you or put it under you. If you put it on top, you’re sleeping on the ground. And the ground — you could literally feel it suck the heat out of your body.”

Sizemore also twisted his ankle during a particularly brutal scene so it “swelled up to the size of a softball.” Despite the massive challenges, Sizemore stayed clean throughout the shoot and the entire cast went on to massive acclaim for their work on the Academy Award-winning film. Unfortunately, it was not the end of Sizemore’s struggle with drug addiction

Tom Sizemore has continued acting in numerous movies and television shows from Ridley Scott’s celebrated 2001 war movie Black Hawk Down to the much-awaited and lauded 2017 third season of David Lynch’s beloved cult favorite television show Twin Peaks and beyond. A recent movie, Narco Sub, is currently available to stream on Amazon. Unfortunately, he has also continued having very public issues with drug addiction.

In 2010, he appeared on the third season of Celebrity Rehab With Dr. Drew alongside his ex-girlfriend “Hollywood Madam” Heidi Fleiss just after the expiration of a restraining order stemming from his 2003 arrest for domestic violence. During his probation, he was sentenced to seventeen months in jail and four months in rehab for failing several drug tests, admitting to using methamphetamines, and even “using a Whizzinator, a prosthetic penis filled with a clean urine sample, to cheat on a drug test,” as reported by Entertainment Weekly.

He was arrested again in 2007 outside the Four Points Sheraton in Bakersfield, California for possession of meth while still on probation for past arrests stemming from drug possession, per MSN Movies. He was once again arrested for domestic violence in 2017 and pleaded no contest to avoid jail time, according to the Los Angeles Times and in 2019, The Hollywood Reporter detailed his arrest for misdemeanor drug possession after he was pulled over and found to have “various illegal narcotics” in his car. He and a male passenger posted bail hours later and were released.