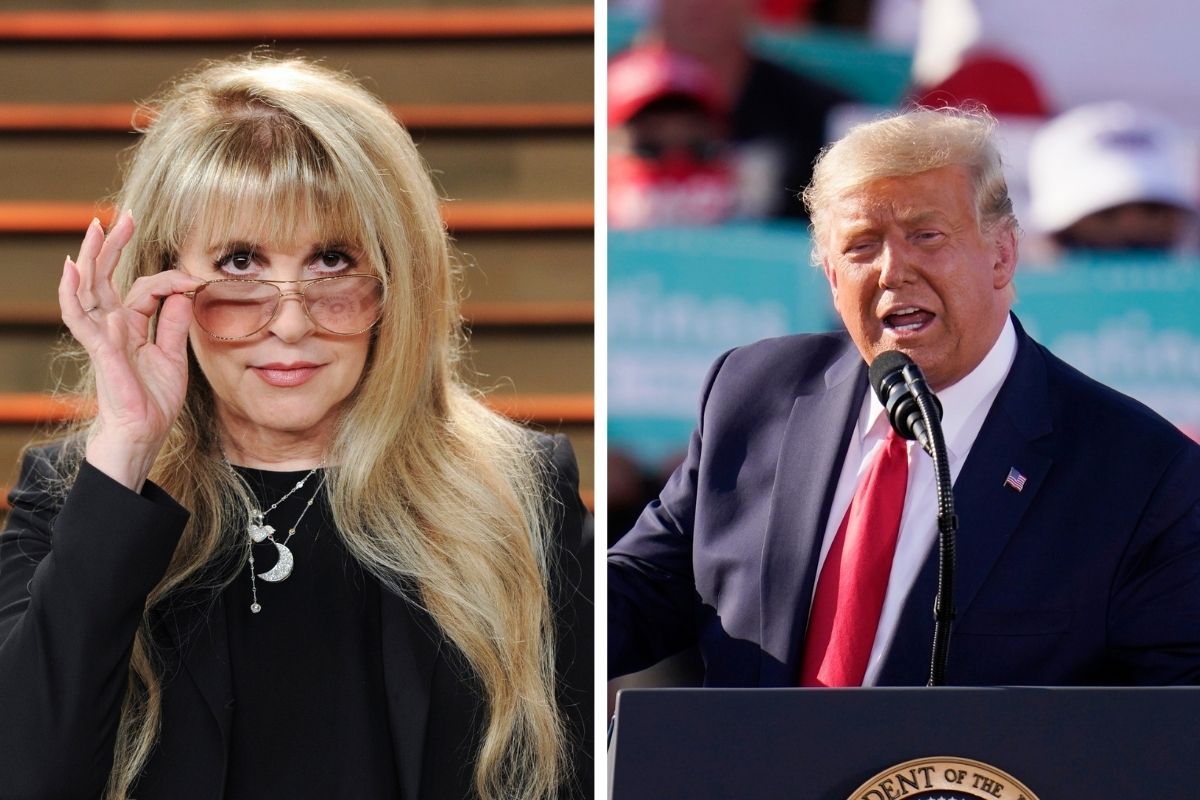 Stevie Nicks had quite a few words to say about this 2020 presidential election. The Fleetwood Mac singer revealed that she would leave the United States, and potentially the entire planet, if President Donald Trump wins the re-election against Democrats Joe Biden and vice presidential nominee Kamala Harris. In the most recent interview with Variety magazine, the singer and songwriter claimed that she doesn’t want to live in a country that is so divided. She stated, ?I don?t want to live in a country that is so divisive. If this starts over and there?s another four years of this, then I?m going ? but we?re not welcome anywhere.?

The Fleetwood Mac singer also stated that going to space may be her best option. She added that she might get in touch with Elon Musk, who is the founder, CEO, CTO, and chief designer of SpaceX, about the possibility of living out the next four years of the Trump presidency. Nicks stated, ?Maybe I can talk Elon Musk into giving us a jet and letting me pick 50 people, and we?re like the arc. Then someone can take us and let us live on another planet until the next four years are over.?

Will Stevie Nicks Move to Mars?

Take me and my family with you Stevie, life under Trump has been a STORM and the ship is listing. https://t.co/rqdbg2NcmZ

The singer spoke at length during the interview about her distaste for the current state of the United States of America. She claimed that racism in the U.S. is worse than it has ever been in the last four years of President Trump’s tenure after his win against Hillary Clinton. She noted that if the president’s Supreme Court nominee Amy Coney Barrett sees confrontation to the US Supreme Court, then Roe v. Wade would be in serious jeopardy.

Several Twitter users reacted to the singer’s statement, supporting her decision. One user on Twitter stated, “YOU CAN?T LISTEN TO @StevieNicks/Fleetwood Mac and be a Trump supporter.. it doesn?t work like that.? Another user tweeted, ?Couldn?t agree more. Stevie Nicks is a national treasure and Donald Trump is a national disgrace.?

Stevie Nicks: “Show Them The Way”

Nicks is the latest celebrity, after rocker Tommy Lee and Bruce Springsteen, to reveal they would leave the country if Trump wins the re-election. Is this a trending thing? Will we get more celebrities saying they would leave the country if Trump wins? Who knows, but several Twitter users joked that all the trio needed was a bass player to create a whole new band up in space. Which if you think about it, it’s kind of funny, but I don’t know-how in the world is going to work. I will say that the way this coronavirus pandemic is going, I wouldn’t mind going to space either.

Nicks went on to further explain that her new song Show Them the Way is non-partisan. It’s in her best hope that the new song is a moment of Peace for everyone around the world. The new single features civil rights marches and pays respect to Ruth Bader Ginsburg, and the black lives matter protest. The singer was careful to not refer to President Trump by name, noting that the new song is not intended to appeal solely to Democrats.

I'm not saying that Stevie Nicks is a witch. All I'm saying is that Fleetwood Mac is back in the charts and Trump got covid on Oct. 1 during a full moon. https://t.co/vdndL4iWWD