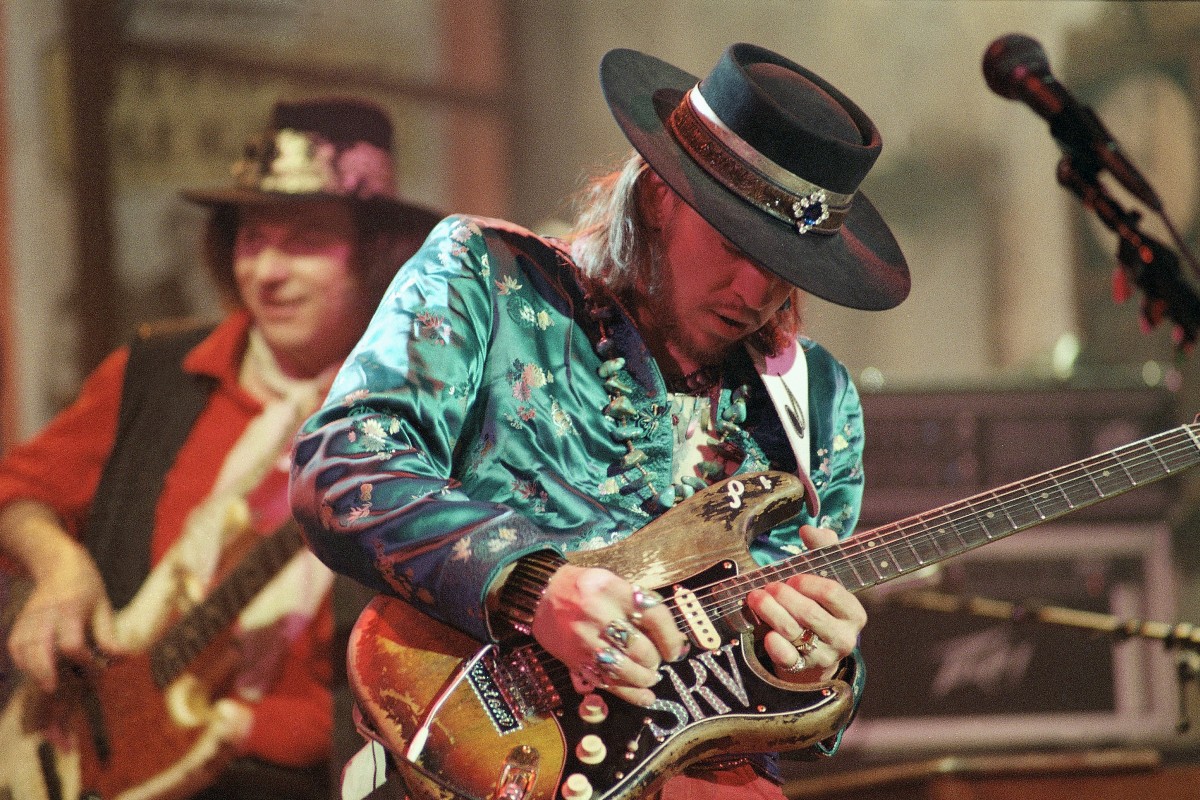 It was an unusually foggy August evening in 1990 when Stevie Ray Vaughan performed for the last time. The Dallas-born musician was opening for Eric Clapton at the Alpine Valley Music Theatre in Wisconsin, two hours northeast of Chicago. Before a sold-out crowd of 40,000, Stevie, Clapton, Robert Cray, Buddy Guy, and Jimmie Vaughan finished off the night with an encore jam session.

After the concert, the six-time Grammy Winner boarded a helicopter headed to Chicago. Minutes after take-off, the helicopter crashed into a nearby ski hill, killing everyone on board. Vaughan’s incredible career was cut short at the age of 35. He was known for his amazing songwriting skills, and for his record production skills. Although his career only spanned seven years, he is still considered to be one of the most influential and iconic musicians in the history of blues music. Oh, and he is also known as one of the greatest guitarists of all time.

Austin, Texas Honors One of Its Own

The next morning, the world woke up to find one of its greatest blues guitarists gone. The community of Austin, Texas, where Stevie Ray Vaughan had gotten his start as a musician, was particularly heartbroken. After an investigation by authorized, they concluded that the cause of the crash was a pilot error, in which Vaughn’s family later filed a wrongful death lawsuit against Omniflight Helicopters. It was this Travis County town where the music legend played his earliest gigs and formed his band Double Trouble.

In honor of their late hero, the Texans erected an eight-foot-tall bronze statue of Stevie Ray Vaughan three years after his passing. The SRV statue originally sat on the bike trail by Auditorium Shores, the venue where Stevie had many times performed. Designed by sculptor Ralph Helmick, the statue shows Vaughn dressed in cowboy boots and a serape, gazing “meditatively” off into the distance.

“Seventh Greatest Guitarist of All Time”

The Stevie Ray Vaughan statue has since been moved to a jogging trail on the south shore of Town Lake in downtown Austin, along the Ann and Roy Butler Hike and Bike Trail. The statue has, tragically, been the victim of vandalism over the years — but it hasn’t been all bad. When the water levels of Lady Bird Lake were expected to cause flooding, a fan outfitted the statue with a life jacket. Recently, someone placed a bandana over his face to protect him from the coronavirus.

So yeah, safe to say he is well protected and is still looked over by fans. His music continued to achieve commercial success with several posthumous releases and has sold over 15 million albums in the US ALone. David Fricke of Rolling Stone named him the seventh greatest guitarist of all time back in 2013. He was then inducted into the Rock and Roll Hall of Fame in 2015, alongside his bandmates from Double Trouble, Tommy Shannon, Chris Layton, and Reese Wynans.