After landing on the September cover of Ebony Magazine, supermodel Winnie Harlow visited “The Real.”

During her visit, she met April Star, a young girl with a prominent form of the skin condition similar to Winnie’s called vitiligo.

“I see the little girl I wish I could’ve been at her age,” said Winnie.

She admitted that her skin condition made her feel inferior at April’s age. But looking up to a role model like Winnie Harlow, April feels confident.

“She’s literally the embodiment of me right now,” she added.

Together, their confidence skyrocketed as they sat on stage in front of the world sharing stories about vitiligo and what it means to be confident and beautiful. 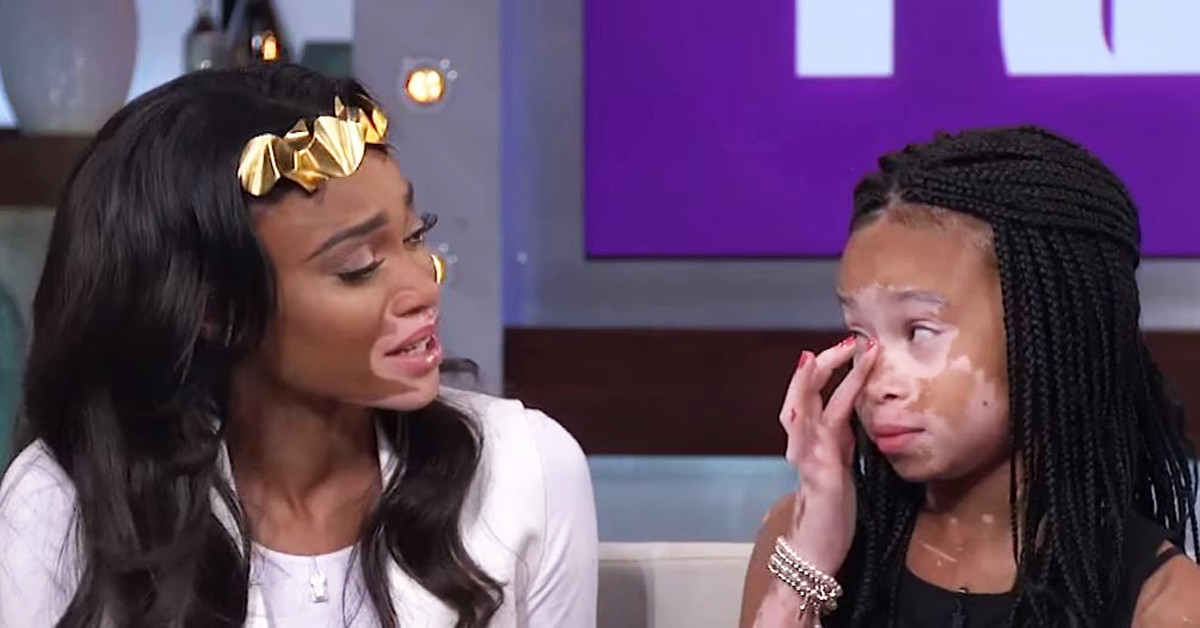