Adele is off the market!

During a recent concert in Australia, the singer reportedly confirmed she married her longtime sweetheart, Simon Konecki.

“I could see in their eyes as they were listening to it on their headphones that it reminded them of something or someone,” she reportedly said while discussing her hit, “Someone Like You.”

“I was trying to remember how it was I felt at the beginning of the relationship that inspired that record because as bad as a breakup can be, as bitter and horrible and messy as it can be, that feeling when you first fall for someone is the best feeling on Earth, and I am addicted to that feeling,” she said, adding, “Obviously I can’t go through with those feelings because I’m married now. I’ve found my next person.”

Adele hinted that she was a married woman during her acceptance speech at the Grammys after she won Album of the Year for “25.”

“Grammys, I appreciate it, the Academy, I love you, my manager, my husband and my son – you’re the only reason I do it,” Adele said at the time.

In later interviews, she referred to Konecki as her “partner.”

The couple have been private about their relationship since they met in 2011. They made headlines in 2012 after they announced they were expecting their son, Angelo, now 4. 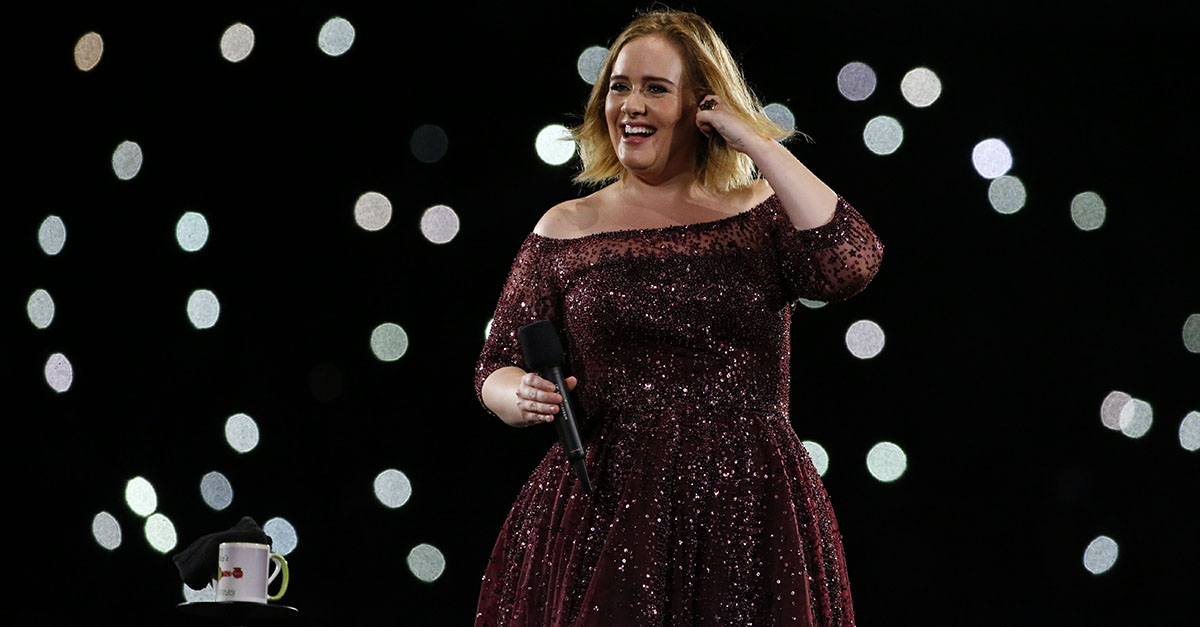