Surveillance footage of Venus Williams’ car accident that killed one person has been obtained by TMZ, and it shows the moment Williams entered the intersection and was T-boned by the other driver.

In the video, Williams approaches the intersection, but slows down as she enters it in order to wait for the car in front of her to turn. Once the way is clear, Venus drives straight through the intersection — and that’s when the other driver Linda Barson comes barreling towards her.

It seems that Williams’ light had turned red while she was waiting in the middle of the intersection. It appears Barson perhaps wasn’t expecting her to attempt to cross, so she began traveling towards her going around 25 mph. She then slammed right into Williams’ SUV, a crash that left Barson’s passenger and husband dead.

Police had previously denied Barson’s requests for a copy of the footage, which was expected to clear up conflicting stories surrounding the incident. It’s unclear how TMZ obtained the footage. Williams was found at fault for the accident and is currently being sued by the victims’ family. 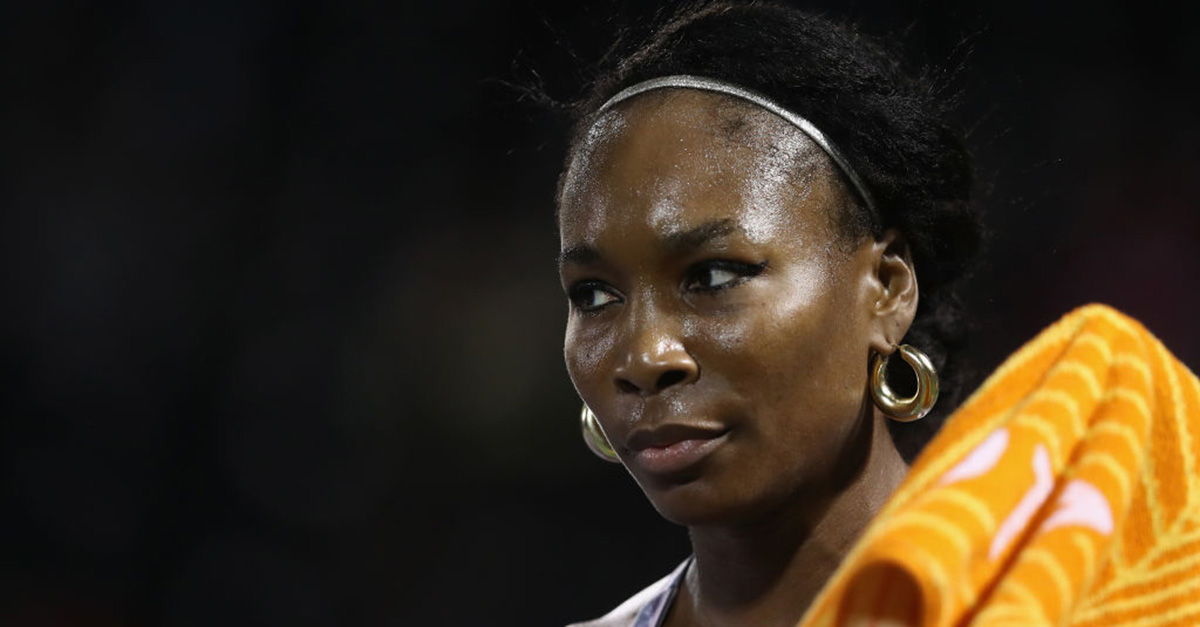