You know how they say that sometimes age is just a number? Well, yes, Suzanne Somers is living proof of that statement, hands down. The former Playboy cover star recently revealed that for her 75th birthday, which will be in 2021, she would like to celebrate it with another au natural photo for the iconic magazine.

The actress starred on the outlet’s cover back in the ’80s which is why she wants to celebrate her milestone 40 years later. The actress was interviewed by Access Hollywood with Kit Hoover when she talked about making her Playboy dream come true. Somers stated, “actually, that would be really cool. I would like Annie Leibovitz to shoot me nude for Playboy.” She also spoke about her nude at home photoshoot which made its rounds online back in October.

In case you forgot, Somers decided to strip down on October 16, 2019, to celebrate her birthday. She shared a nearly naked photo on social media in honor of her 73rd birthday. She captioned the photo, which was taken by her husband Alan Hamel, “here I am at 73 in my Birthday Suit!”

So yeah, stripping down for Playboy again? Pft, no hesitation whatsoever. As far as why she decided to share her birthday pic, she stated, “We were walking on a hillside road and it was June and it was hot and dry. I said ‘oh my god,’ the foliage hair is the same color of my hair.’”

The former playmate then decided to get down and take a picture because the weeds looked like her hair. Which in all honesty, she looked great! I mean, we would all kill to look as good as she does at that age. Her body-positive message is truly a lesson we must all follow! Especially after all she has been through.

Somers is actually a breast cancer survivor and was diagnosed back in 2000. The actress had radiation and lumpectomy to remove the large tumor in her right breast. She was one of the first women in the US to undergo cell assisted lipotransfer to reconstruct her breast. So yeah, you show off that body Somers! Let your hair…and clothes down. 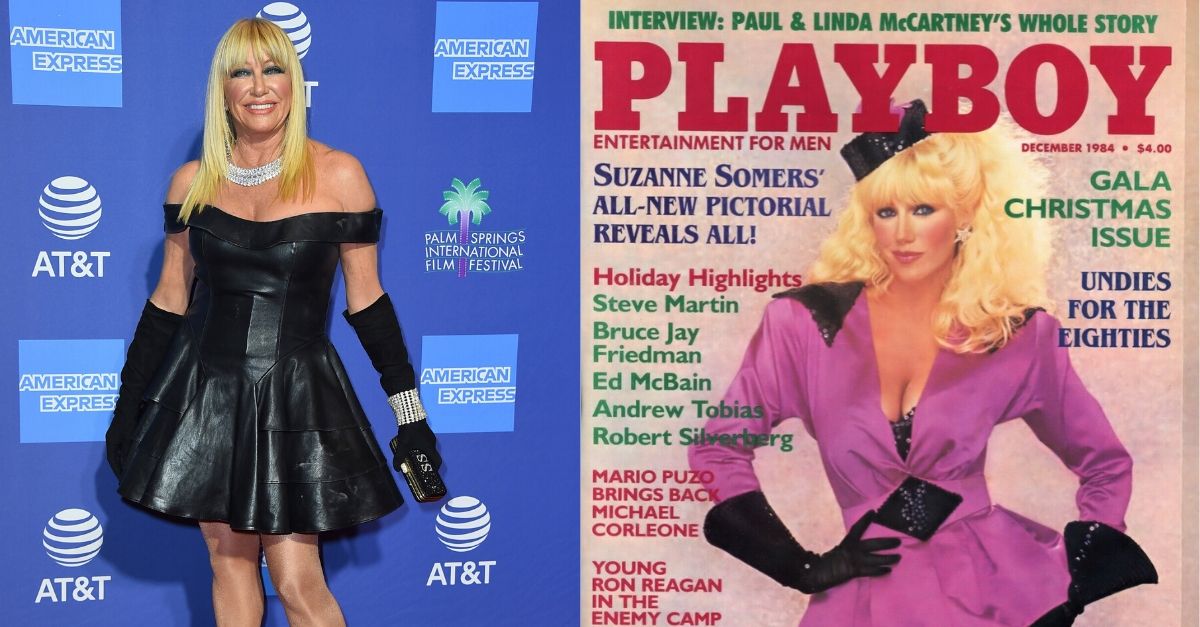