Actor Sylvester Stallone praised two of his daughters and his wife for their latest appearance on the cover of Grazia, a popular European magazine.

“Very proud of you girls , And their mother,being on the cover of such a wonderful magazine…” Stallone wrote on Instagram.

The magazine cover featured Stallone’s wife, Jennifer Flavin, and his daughters, Sistine and Sophia Stallone. In recent months, the Stallone women have received a great deal of attention as the daughters begin the careers.

Sophia later posted her own photo from the spread to Instagram.

In a recent check-in with TMZ, the daughters explained that despite their close-knit family and interest from TV producers, they don’t want to become the next Kardashians.

“No, we’re Stallones […] I don’t think we’re like them,” Sophia joked to the cameras. 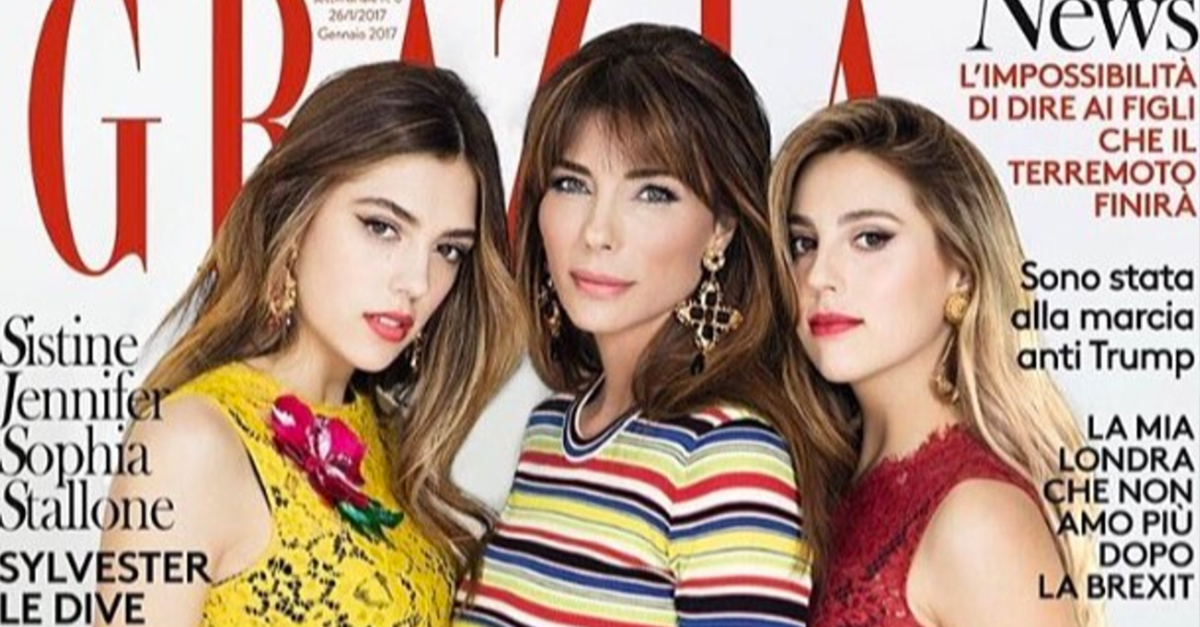