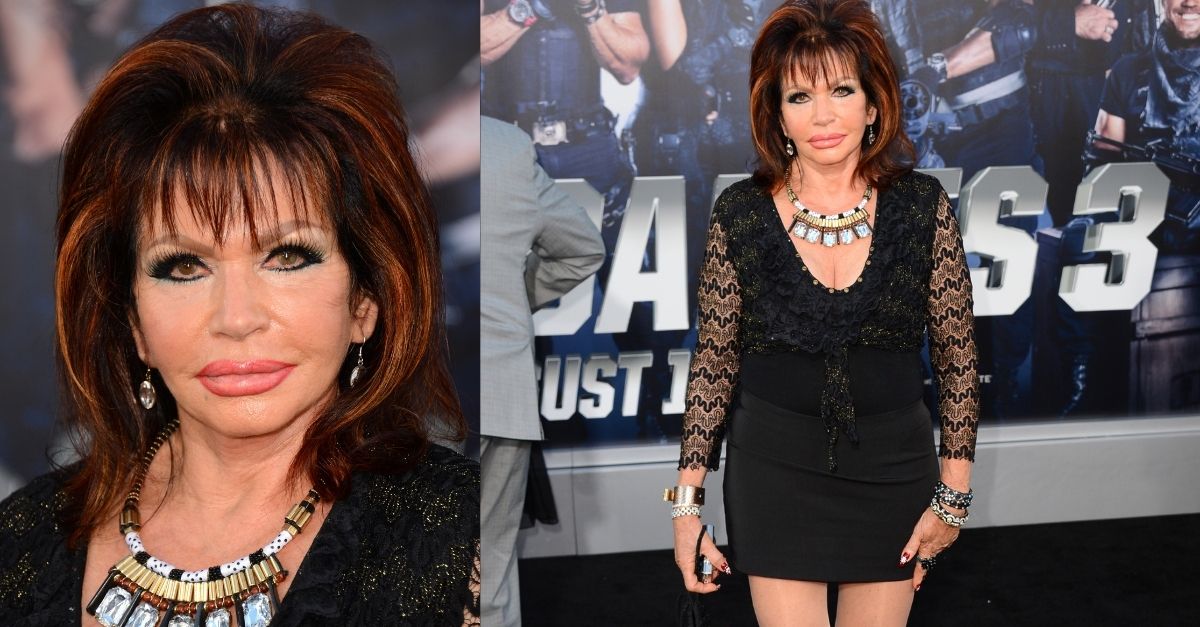 Jackie Stallone, the mother to the three famous Stallone children (actor Sylvester Stallone, late actress Toni D’Alto, and singer Frank Stallone), passed away on September 21, 2020. Although she “died in her sleep as she had wished,” according to Frank, her cause of death has not yet been revealed. She was 98-years-old and had lived quite a colorful and active life.

Jacqueline Frances Labofish was born on November 29, 1921. She ran away from her home in Washington, D.C., when she was 15-years-old to work as an acrobat for the Ringling Bros. and Barnum & Bailey circuses, as told by the Hollywood Reporter. She opened a gym in the 1950s called Barbella’s and by the mid-80s, she was appearing on GLOW: Gorgeous Ladies of Wrestling, the wrestling program that helped women’s wrestling become popular on television.

Jackie was also a famous American celebrity astrologer, making her well-known in Hollywood. In 1989, she wrote Star Power: An Astrological Guide to Supersuccess and has been a pillar person in astrology on television. She had set up her own psychic hotline and invented rumpology, an art similar to palm reading, except done by examining people’s backsides.

In 2005, she was really well-known for her appearance as a surprise contestant and housemate on the UK version of Celebrity Big Brother. She was also a well-renowned hairdresser and actually became involved in the cosmetics industry.

Her son Frank wrote on social media in a beautiful Instagram post filled with throwback pictures, “She was a remarkable woman working out every day full of spunk and fearless. It was hard not to like her, she was a very eccentric and flamboyant person. She was born on November 29th, 1921 in Washington DC, she lived through the prohibition, the depression, and World War II. I would talk to her for hours about the ’20s, ’30s, and ’40s. It was a history lesson.”

This morning my brothers and I lost our mother Jackie Stallone . She was the mother to four children, Tommy, Sylvester, Frankie and my late sister Toni Ann. She was a remarkable woman working out everyday full of spunk and fearless . She died in her sleep as she had wished. It was hard not to like her, she was very eccentric and flamboyant person. She was born on November 29 th 1921 in Washington DC ,she lived through prohibition , the depression and World War II . I would talk to her for hours about the 20's 30's and 40's. It was a history lesson. Her mind was as sharp as a razor till the day she died. She never wore a mask a true revolutionary gal . I guess I'm drowning my emotions in tears and to much vino. But when you've known someone for 70 yrs it tough and sad. She had seven grandchildren and 3 great grandchildren . My brother Sylvester took care of her like a Queen for all of her life. I will never be able to call my mom again or have her yell at me why I never got married . But we all loved her and her sprit to survive and prevail . I'll miss you always mommy. @officialslystallone

Frank also mentioned his brother Sylvester in his post, saying, “brother Sylvester took care of her like a Queen for all of her life,” and reminiscing on how she impacted their family by saying that he, “will never be able to call [his] mom again or have her yell at [him] why [he] never got married.”

He ended by saying how her family, “loved her and her spirit to survive and prevail,” adding, “I’ll miss you always mommy.”

There’s no doubt that their mother Jackie Stallone was probably the coolest mom ever. How many moms do you know out there that not only raised three celeb children (two movie stars and a singer!), but also was a weight lifting and weight loss connoisseur, a women’s wrestling promoter, a celebrity astrologer, a hairdresser, a trapeze artist, and a tv show favorite?

Jackie is survived by her current husband Stephen Levine, her sons Sylvester and Frank with Frank Stallone Sr., and six more grandchildren. In 2012, her former daughter Toni D’Alto with Anthony Filiti, had died from cancer. Our hearts go out to the Stallone family.