With massive club hits like “Buy U A Drank” and “I’m Sprung” under his belt, you’d think rapper T-Pain would be spending his nights out, but as it turns out, he’s got plenty in common with the rest of us.

The 33-year-old Grammy-winning rapper — born Faheem Rasheed Najm — tweeted Tuesday evening about a night in with his wife of over a decade, Amber Najm, and the uber-relatable activity they ended up getting into.

“My marriage has turned into a nightly routine of my wife and I running down the list of reasons we should go to bed early so we an wake up and get st done the next day,” he joked, “then by the 675th cat gif on reddit we both yell “how the fk is it 3am?!”

First of all, that is adorable! Secondly, if you haven’t found yourself burning the midnight oil on something similarly ridiculous — cough looking up dog memes cough — you’re probably just lying to yourself.

“At the beginning of this day I wondered ‘how much do T-Pain have in common’ and now I know we’re the same person,” tweeted one fan.

At the beginning of this day I wondered "how much do T-Pain have in common" and now I know we're the same person. https://t.co/NGp0cK6nNv

Another noted, “I wasn’t expecting #relationshipgoals from t-pain.”

Honestly, who knew the “Booty Wurk” auto-tune crooner was such a homebody? Or, as some people found out, even married?

The bigger story here is
1. We ain’t even know you was married
2. Apparently, you’ve been married since 2003, before I’m N Luv (Wit a Stripper) and Bartender..

It appears T-Pain’s reportedly been hitched to Amber since 2003 and have been happily raising three uniquely named children since: daughter Lyriq, and sons Muziq and Kaydnz (One can never say he’s not a fan of his craft).

It’s reportedly his love for Amber that made him want to be a better person after the celeb life nearly led him astray he revealed in a 2011 interview.

“I saw the importance of what I had in my family and my wife—somebody that was there to love me for me and not somebody to love me because I was T-Pain,” he said.

T-Pain has since opened up about the couple’s penchant for threesomes, so as cute as they are in this tweet, maybe they aren’t exactly like the rest of us. 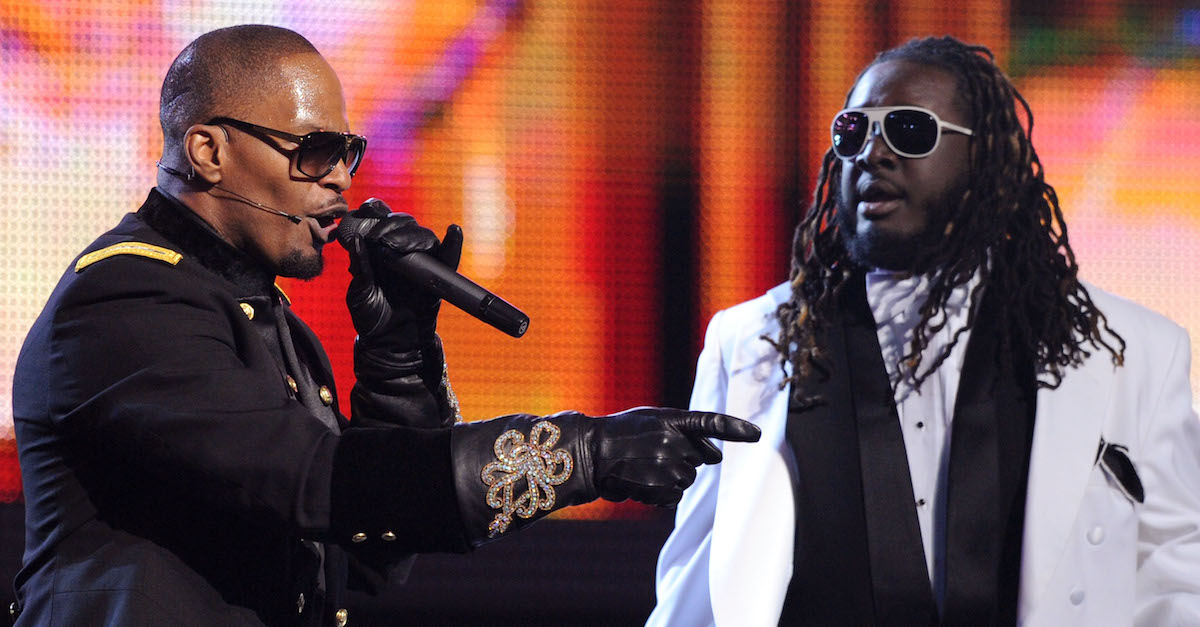