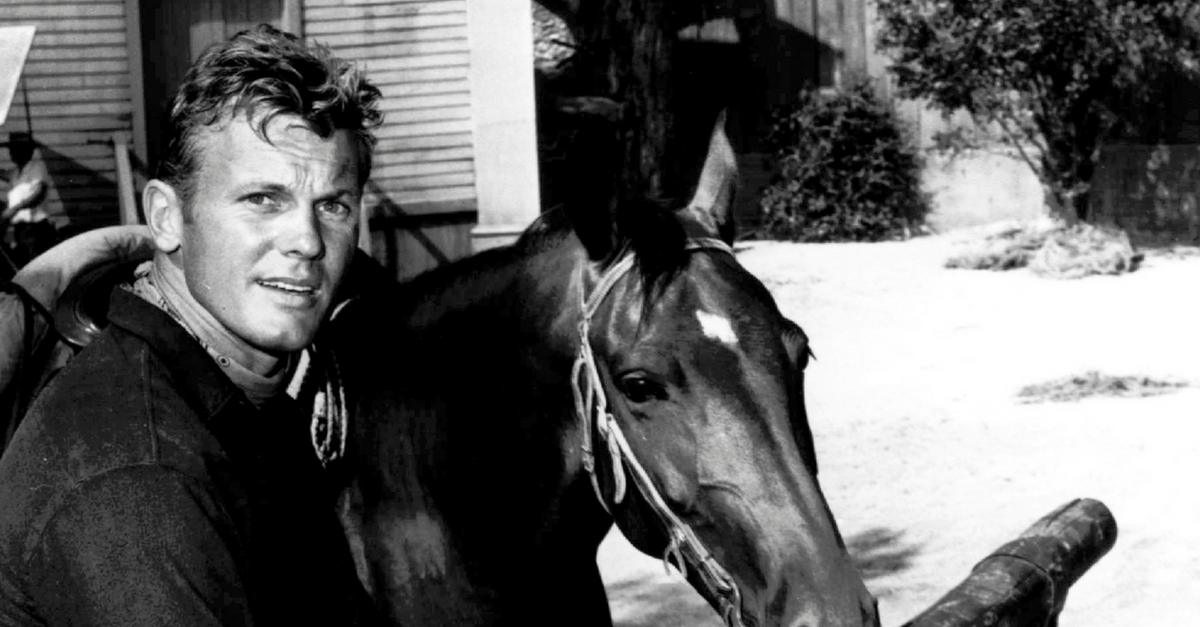 Tab Hunter, a 1950s recording artist, teen heartthrob, and the star of the 1958 film adaptation of the popular Broadway musical “Damn Yankees” has passed away at the age of 86.

From the Associated Press:

Tab Hunter, the blond actor and singer who was a heartthrob for millions of teenagers in the 1950s with such films as “Battle Cry” and “Damn Yankees!” and received new attention decades later when he revealed that he was gay, has died. He was 86.

Hunter was a star for several years. In addition to his hit movies, his recording of “Young Love” topped the Billboard pop chart in 1957.

Current Hollywood stars such as Zachary Quinto paid tribute to Hunter on Instagram.

so sad to wake up to the news of the passing of tab hunter. i was honored to get to know him in the past year and am so grateful to have experienced his sheer joy and love of life. and what a life! such a rich experience. such a vital and generous nature. and such a pioneer of self-acceptance and moving through this world with authenticity as his guide. he will be missed greatly. may he rest in peace.

Tab Hunter was born Arthur Andrew Kelm in New York City in 1931. When Hunter was two years old his father left the family and Hunter then took his mother’s name, Gelien. Hunter’s family moved west when he was a child, and he spent most of his childhood growing up in San Francisco and Long Beach, CA. At 15 Hunter lied about his age and joined the Coast Guard.

However, since he’d seen a Broadway play while he still lived in New York, acting was his interest, which brought him, eventually, to Los Angeles.

According to Hunter, his famous screen name was given to him because the legendary talent agent Henry Willson, who’d also created the screen names for Rock Hudson and Rory Calhoun, didn’t think “Arthur Gelien” was a star’s name.

The legend goes that Willson said to the young man: “We’ve got to find something to tab you with. Do you have any hobbies?” His client answered, “I ride horses. Hunters.” Agent: “That’s it! We’ll call you Tab Hunter.”

After gaining recognitions from small roles Hunter was signed to a contract by Warner Bros. and his star began to rise. He starred in films like Operation Bikini, The Burning Hills, Lafayette Escadrille, They Came to Cordura, The Lawless, Ride the Wild Surf, and Battle Cry. However, after appearing in big films with stars like Natalie Wood and Rita Hayworth, Hunter’s career began to slide. He had a short lived television show, “The Tab Hunter Show,” before appearing in B-movies and kids films.

In his later years Hunter appeared in the John Waters film Polyester, Lust in the Dust, Grease 2, and wrote his 2005 memoir “Tab Hunter Confidential: The Making of a Movie Star,” in which he recounted the stress of being gay and in the closet in 1950s Hollywood. He spent the last years of his life living with his husband, Allan Glaser, in Montecito, California.