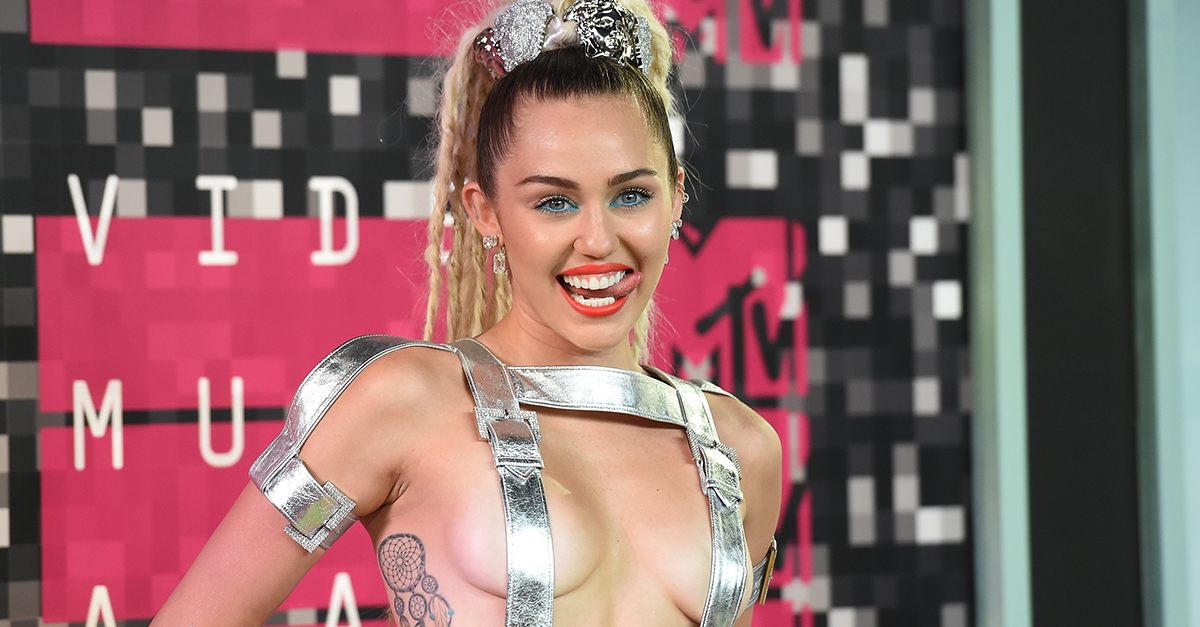 The MTV Video Music Awards will air on Sunday, Aug. 27 and in anticipation for the award show, we have gathered up some of the weirdest fashion moments through the years.

Let’s take a walk down memory lane, shall we?

RELATED: Lily-Rose Depp just posed topless, but she isn?t the first celebrity daughter to bare it all

In 2015, Miley showed up to the VMAs wearing a chandelier around her waist with thigh high boots and not much else. At this point, we think fans have seen just about all of the “Malibu” singer.

Speaking of showing up to the VMAs in your birthday suit, we should probably take a sec to remember when Rose McGowan showed up in this see-through dress and thong that literally left nothing to the imagination. Honorable mention: her then-boyfriend, Marilyn Manson’s weird cheetah print suit.

Xtina has had some questionable fashion choices at several VMAs. Get a load at some of her looks from the 2000, 2002 and 2003 VMAs.

Oh My Gaga! Lady Gaga is no stranger to taking a fashion risk. Who could forget that time she showed up to the 2010 VMAs wearing a dress (and hat) made from raw meat. We feel bad for whoever got stuck sitting next to her that year. (Honorable mention: her over-the-top 2009 look complete with a feather statement piece.)

Oh, she went there! In 1999, Lil’ Kim showed up in this hot little purple number with one of her breasts exposed and covered with a delicate scallop shell pastie.

Gotta respect the hustle. In 2001, Macy Gray popped up at the red carpet of the VMAs wearing a dress that promoted her album that dropped just days later. She also had “Buy It” written across her backside in this dress.

But, it’s not just the ladies who have made bizarre fashion choices on the red carpet of the VMAs. The guys have been known to take a risk or two at the MTV award show.

Jack Black appeared as a not-so-“Smooth Criminal” when he made a nod to Michael Jackson at the 2003 VMAs.

What were they thinking?! This is the most bizarre get-up from the 2001 VMAs.

He really does look like an angel. Look at those abs! We don’t hate this.

Perez Hilton looks like he grabbed his mom’s blouse and dishwashing gloves before he walked onto the red carpet in 2003.

The VMAs are weird. We can’t wait to see what they come up with this year.