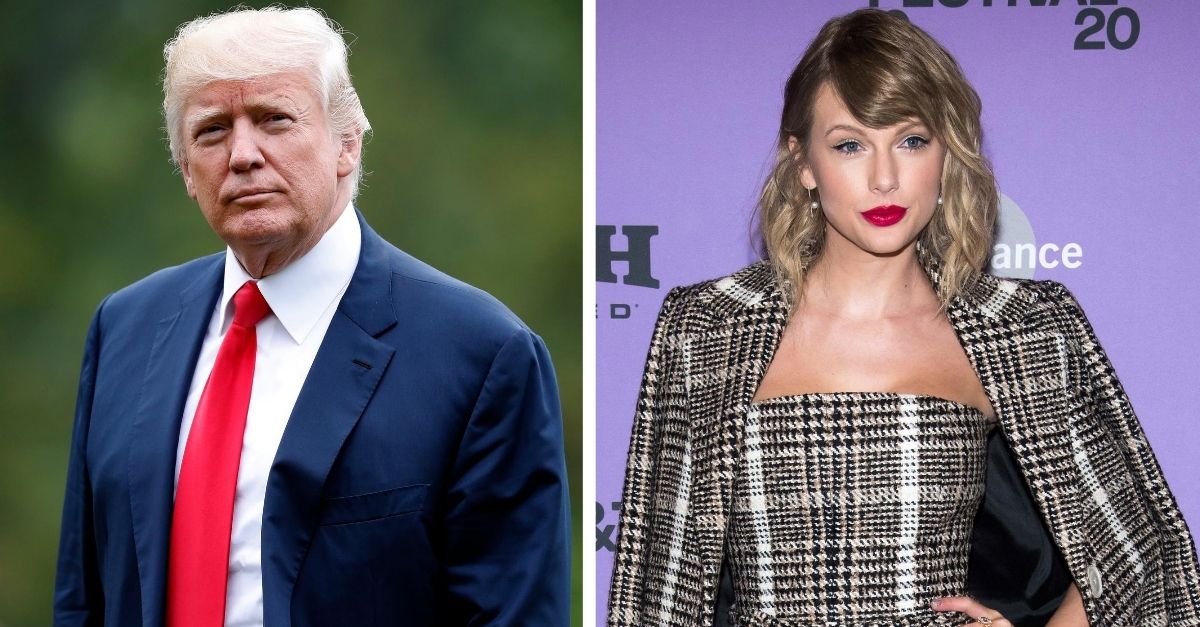 Singer Taylor Swift criticized President Donald Trump on social media and encouraged her followers to vote in the upcoming election. The artist, who recently released her new album Folklore, condemned the president for opposing supplementary funding for the U.S. Postal Service. This after it has been hit hard by the coronavirus pandemic and has recently been mired into controversy with its new leadership. Swift tweeted, “Trump?s calculated dismantling of USPS proves one thing clearly: He is WELL AWARE that we do not want him as our president. He?s chosen to blatantly cheat and put millions of Americans? lives at risk in an effort to hold on to power.”

The singer continued to denounce Donald Trump’s leadership asking her followers to consider voting early, amid the president’s attack on voting by mail. She wrote, “Donald Trump?s ineffective leadership gravely worsened the crisis that we are in and he is now taking advantage of it to subvert and destroy our right to vote and vote safely. Request a ballot early. Vote early.?

Donald Trump’s ineffective leadership gravely worsened the crisis that we are in and he is now taking advantage of it to subvert and destroy our right to vote and vote safely. Request a ballot early. Vote early.

It’s no secret that Donald Trump has been very vocal the vote-by-mail method, especially when states automatically send the ballots to all those who are registered to vote. Only nine states and the District of Columbia have planned to hold universal mail-in-elections. But, the president warned that ‘universal’ mail-in voting can cause voter fraud, which was a threat to democracy. A coronavirus pandemic relief package passed by House Democrats would require those states to mail absentee ballots to register voters, but hasn’t gained traction in the Senate with talks about the aid bill stalled.

Swift has been very open about criticizing President Donald Trump, and his presidency. The 30-year-old singer took an aim at the president back in May, calling him out after he tweeted about shooting looters in Minneapolis amid the Black Lives Matter protests after George Floyd’s death. His tweet was flag by Twitter for violating the site’s rules regarding “glorifying violence.” Trump referred to looters as “thugs” saying that he’d offered military assistance in Minnesota to Governor Tim Walz. Trump tweeted, “Any difficulty and we will assume control but, when the looting starts, the shooting starts.”

In response, Swift wrote, “After stoking the fires of white supremacy and racism your entire presidency, you have the nerve to feign moral superiority before threatening violence? ?When the looting starts the shooting starts???? We will vote you out in November.” Her statment came as a shock to fans since she has stayed out of any partisan politics for the majority of the successful career. She first spoke out about politics back in the 2018 election of Republican representative Marsha Blackburn. Ever since she has made her own views on social issues through her music and activism.