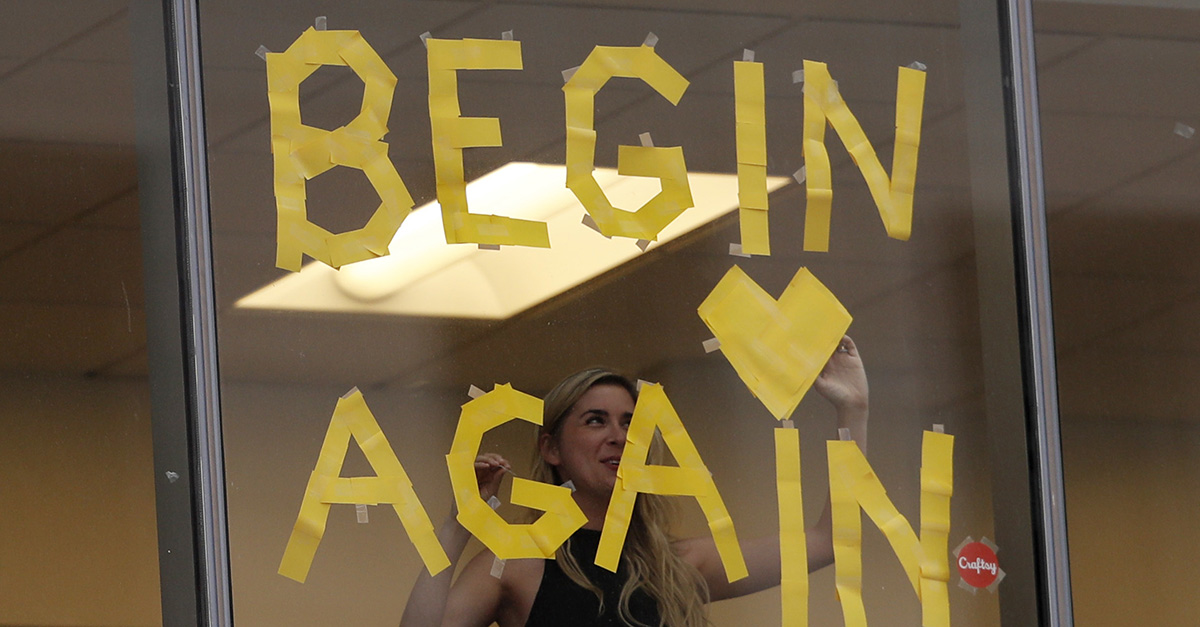 This message really says it all.

Over the last week, Taylor Swift has been fighting back against radio DJ David Mueller in Colorado, and her fans showed their support with a series of Post-It note messages from the building across from the courthouse.

The messages started lighthearted with a “Free Tay” last Monday that went viral. Over the course of the trial, the supportive fans shared messages including her song lyrics, like “Are we out of the woods?” and “Haterz gonna hate.”

On the last day of the trial, the fans shared one more powerful note: “Begin again.”

RELATED: Shonda Rhimes is headed to Netflix, so what does that mean for the future of ?Grey?s Anatomy??

Swift has been dealing with this trial since 2013 when she met Mueller at fan meet and greet. In the lawsuit, Swift claimed that when she posed for a photo with the DJ, he put his hand up her skirt and grabbed her bare butt. Mueller fired back against the allegations and said her claims caused him to lose his job. Swift then filed her own lawsuit for assault and battery.

The pop star took the stand during the four days of testimony, and it took the jury four hours to come back with a guilty verdict. Swift had requested only $1 in damages.

According to E! News, she released a statement following the verdict:

I want to thank Judge William J. Martinez and the jury for their careful consideration, my attorneys Doug Baldridge, Danielle Foley, Jay Schaudies and Katie Wright for fighting for me and anyone who feels silenced by a sexual assault, and especially anyone who offered their support throughout this four-year ordeal and two-year long trial process.

I acknowledge the privilege that I benefit from in life, in society and in my ability to shoulder the enormous cost of defending myself in a trial like this. My hope is to help those whose voices should also be heard. Therefore, I will be making donations in the near future to multiple organizations that help sexual assault victims defend themselves.