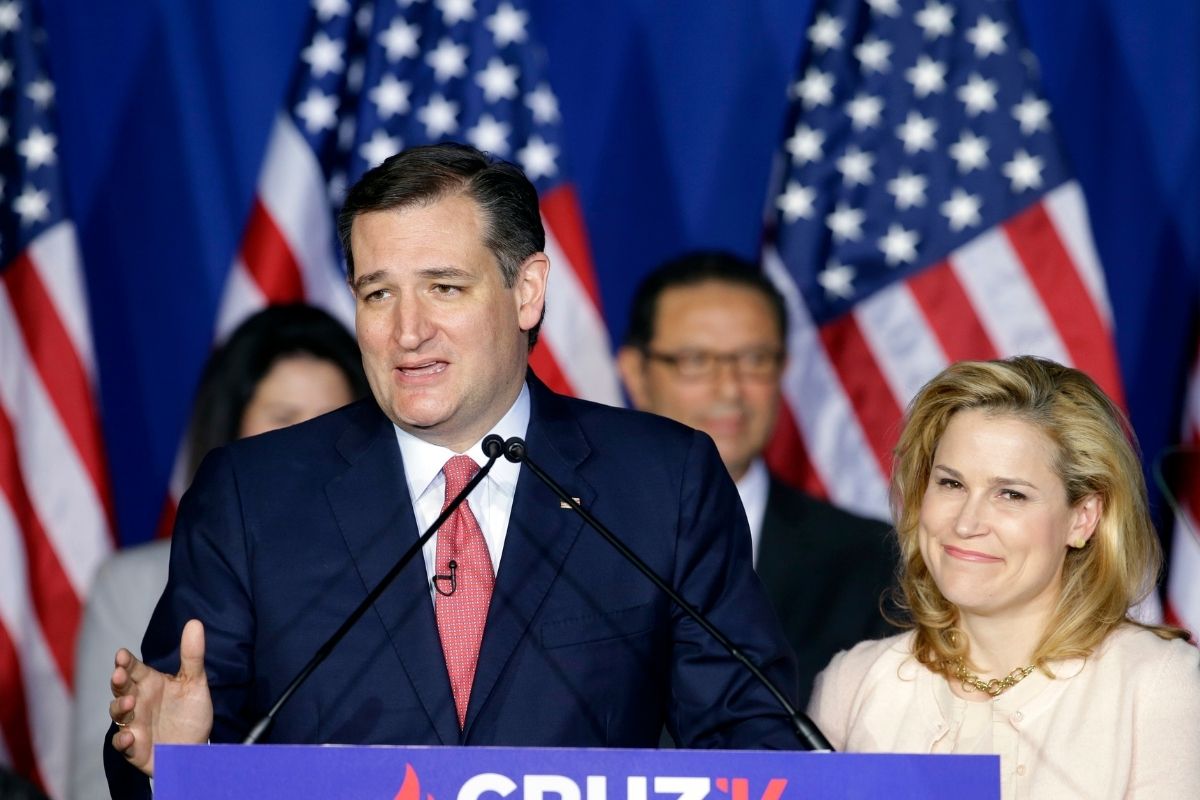 As Republican Texas Senator Ted Cruz was under fire for escaping to Cancun, Mexico, with his family during the winter storm power outages that heavily hit the South, leaving millions without power, running water, and heat for days, to say he was bullied into coming back is an understatement. Nevertheless, his wife, Heidi Cruz, is now also under fire for text messages that were leaked to the New York Times, for planning their Cancun trip from Houston, one of the cities that was hit hardest by the storm, to escape freezing temperatures that many had to suffer through. And apparently, she’s pissed about it.

Who is Heidi Cruz?

Sen. Ted Cruz’s wife Heidi has been a managing director at Goldman Sachs since 2012. Born on August 7, 1972, in California, she was raised as a Seventh-day Adventist and lived with her family as they served as missionaries in Kenya, Nigeria, and Asia. She went to Claremont McKenna for her undergrad degree, received a Masters of European Business degree from Solvay Brussels School of Economics and Management, and received a second graduate MBA degree from Harvard Business School.

In 2000, she met Ted while working as an economic policy director on the George W. Bush for President campaign. After marrying Ted in 2001, she continued to work for the Bush administration and then moved to Texas in 2004 where she then worked for JPMorgan Chase, Merrill Lynch, and now Goldman Sachs. By 2016, she took a leave of absence without pay to actively participate in Ted’s 2016 GOP presidential campaign against former President Donald Trump. They have two daughters, Caroline and Catherine.

So it truly is Let Them Eat Snow, @tedcruz. Hmm?

Last week, a rare winter storm hit America’s south and mid-sections, causing millions to endure power outages in freezing temperatures. However, Texas was not prepared to handle the needs of its residents with its state-regulated power grid, as nearly 50 people died from having to live with no heat, no running water, and barely any food for more than just a few days. But as the millions were suffering, Cruz was caught “taking” his daughters to Cancun, Mexico, away from the cold.

However, after getting caught at the airport, Cruz reported returned to Texas the next morning, claiming he only went to drop his daughters off so that he could focus on helping the state as other politicians such as Alexandria Ocasio-Cortez and Beto O’Rourke were consistently active in raising funds and getting help for Texans who needed it. And as the memes rolled in, harshly criticizing Cruz, Heidi is reportedly upset that someone leaked her text messages planning their family’s trip to Mexico.

Oh my. @American_Bridge has texts from Heidi Cruz planning the Cancun trip.

The group chats are not safe, Lovelies! pic.twitter.com/IqLYU2np0c

The screenshots of the text messages were most likely leaked by someone close to the family, who the senator called an “a**hole.” Cruz explained on the podcast “Ruthless” that Heidi was “pretty pissed at that,” as the text messages detailed Heidi proposing a stay at the Ritz-Carlton for $309 a night. However, the criticisms of the Cruz family leaving their home state don’t come from them escaping the cold, rather their willingness to seek refuge in another country while the coronavirus pandemic is still very present. This violates official government guidelines, their daughters’ school guidelines, and even Ted’s own public recommendations.

Heidi is also apparently upset that pictures of her in a bikini in Mexico are also surfacing on the internet. And according to CNN, Ted did admit to the Cancun trip as “a mistake.”

We’ve always known that politics are messy. With Democrat President Biden making moves in the White House and Trump’s recent trials with the House and Senate for inciting the U.S. Capitol riots, tensions are high. So we can never really predict who could pop up at the Cancun International Airport. Besides, what do politicians expect in times like these anyways?