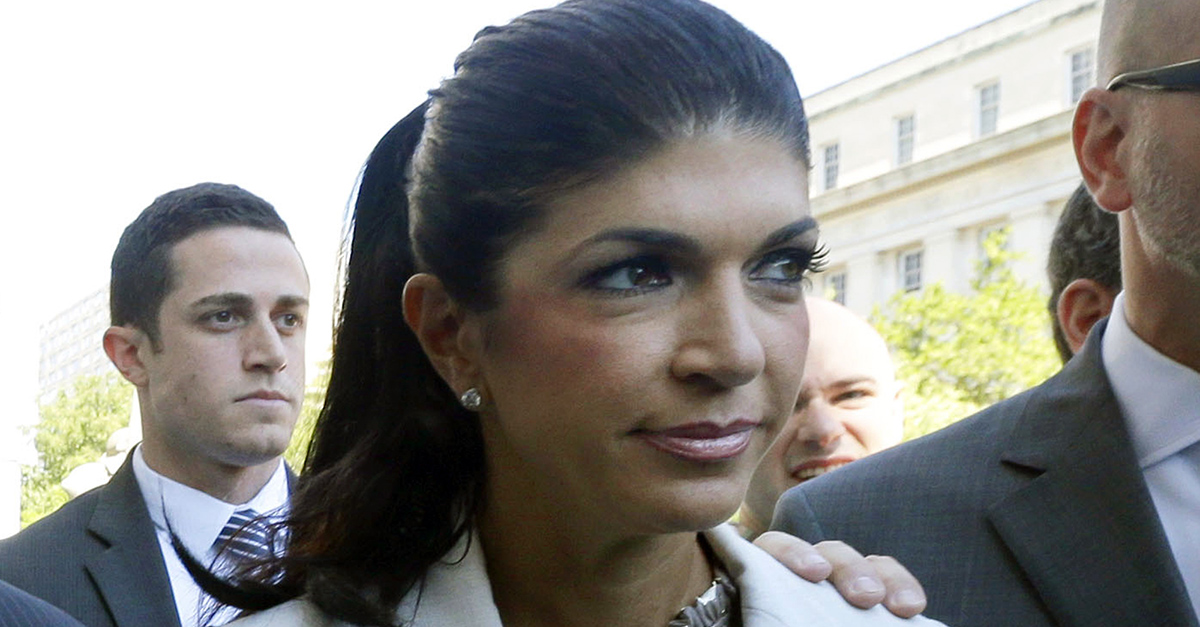 AP Photo/Julio Cortez, File
FILE - In this July 30, 2013 file photo, "The Real Housewives of New Jersey" star Teresa Giudice, 41, of Montville Township, N.J., walks out of Martin Luther King, Jr. Courthouse after an appearance in Newark, N.J. Teresa Giudice will be released Wednesday, Dec. 23, 2015, from the Danbury Federal Correctional Institution in Connecticut, her lawyer said, and will be on home confinement until Feb. 5, 2016. She served time after pleading guilty in 2014 to bankruptcy fraud.(AP Photo/Julio Cortez, File)

Teresa Giudice could find herself back behind bars if she isn’t careful.

According to TMZ, the reality star has failed to report two traffic tickets during her supervised release from prison. She has reportedly failed to let her probation officer know she was ticketed. The first ticket was for making an illegal turn in 2016, and the other was issued just last month when she was caught driving and using her phone.

In the court documents, her probation officer has made it clear this is her last warning before she will have to appear in court.

RELATED: According to Andy Cohen, this is exactly what Ryan Seacrest needs to know about his “Live!” co-star Kelly Ripa

“Both she and I have spoken to her officer and understand exactly what is required should she have any future contact with law enforcement, which we do not anticipate will happen,” her attorney James Leonard Jr. told the tabloid.

He maintains she has reported the tickets within the allotted time frame.

Giudice was released from prison on two years of supervised probation in December 2015.