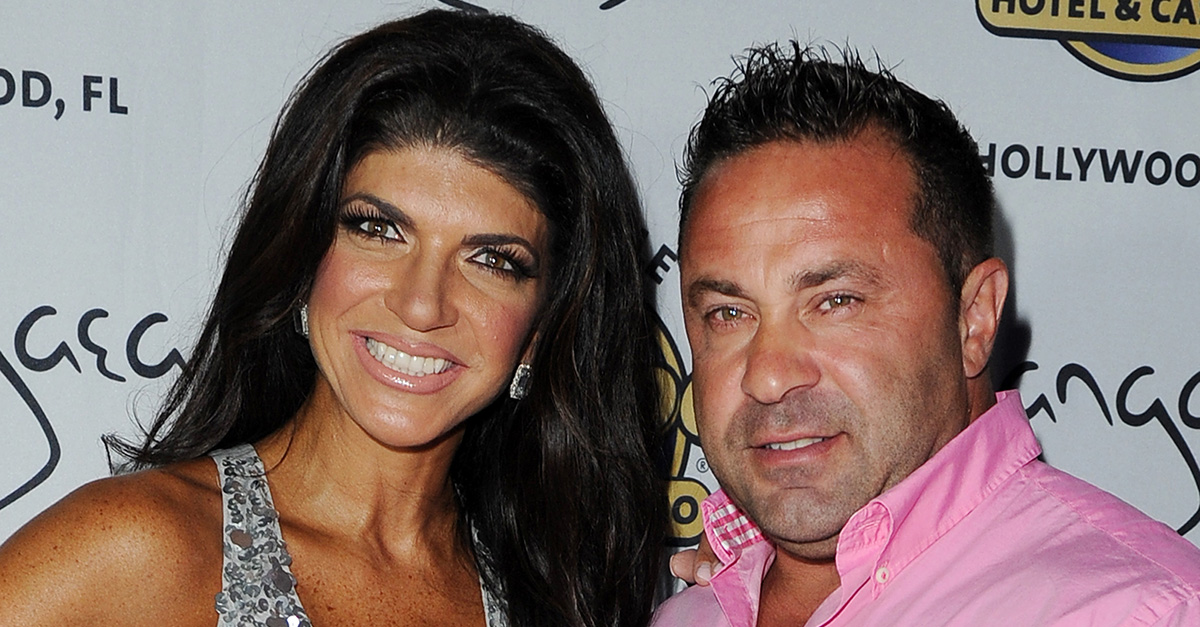 Teresa Giudice is loving the fact that her incarcerated husband is getting into shape!

The reality TV star caught up with PEOPLE in a recent interview, in which she dished about how husband Joe Giudice is doing behind bars after turning himself in in March 2016.

“He’s very in shape,” she told the publication. “He looks really good. Like, oh my God, he looks so much better than he did.?

Teresa credited the lack of alcohol and his new love of working out for his new physique. She also adopted a healthier lifestyle by incorporating yoga into her routine while serving her 11-month prison sentence and advised her husband to do the same while behind bars.

RELATED: Teresa Giudice calls out A-list star for being a ?b***h? during a recent photo op

“When he was leaving, I was like, ?You need to seriously work out. You need to detox,?” she remembered. “Not that he was fat, he was just ? he looked so bloated before. Puffy, you know, from all the alcohol? Especially ?cause he?s so short.?

The family spent the holidays without a visit to Joe, as he was recently transferred to another facility, and the visitor paperwork was still in the queue, but Teresa said they still keep in touch: “He’s doing well.”

In September, Teresa told Us Weekly that she wasn’t sure what sure if they will still be married in 40 years.

“When he gets home, we?ll see [if I can forgive him]. We have to ride this whole thing out. He has to serve his time, come home and do amazing. And then I?ll answer that question. But I am giving him a chance. That?s why I?m standing by him,? she said at the time. ?He definitely feels a lot of guilt. When he came to see me in jail, he cried all the time. Joe is more sentimental than I am.?

She also revealed what she learned from her own time in prison.

“I?m never signing anything ever again. I think we should keep things separate. So in that way, we kinda will be divorced,? she said.