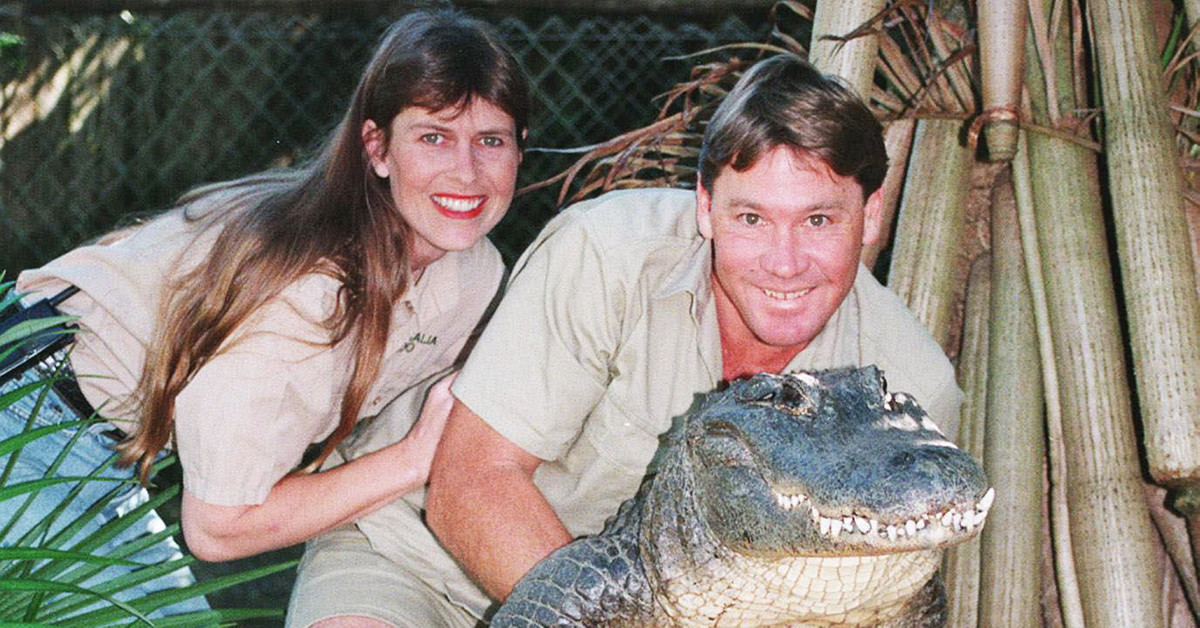 Associated Press, AP Images
"FILE - In this June 18, 1999 file photo, Steve Irwin, "The Crocodile Hunter" holds a nine-foot female alligator accompanied by his American wife Terri, who is from Eugene, Oregon, at his "Australia Zoo" in Beerwah, Queensland, Australia. Australia's famed "Crocodile Hunter" Steve Irwin knew he was dying after a massive stingray stabbed him in the chest hundreds of times, the only witness to the fatal 2006 attack said in his first detailed public account of the beloved conservationist's death. (AP Photo/Russell McPhedran, File)"

Terri Irwin said she hasn’t been on a date since the untimely and tragic death of her husband, Steve Irwin.

The widow of “Crocodile Hunter” opened up to PEOPLE about moving on from Steve and her lack of desire to date after losing him.

?I think it?s wonderful when people who have lost someone find love again, but I?m not personally looking, and I haven?t been on a date in 27 years,? she told the publication. “In fact, it?s been so long, I?ve had a couple of lovely women ask me out because they figured that?s the case. But I?m content. I have two beautiful kids, a really full plate. I?ve already had my happily ever after.?

It was previously rumored that Terri was dating Australian actor Russell Crowe, but the Australia Zoo, where the Irwins live, denied the claims saying, “All of these reports are completely false. Terri and Russell are not dating and are certainly not planning a wedding.”

Steve Irwin died in 2006 when he was struck in the heart by a stingray while filming a wildlife show. The couple had been together for 14 years before his death. His family, Terri and their two children, Bindi, 19, and Robert, 14, cope with his death by spending quality time together each night.

“We?d each say our favorite part of the day, what we were most looking forward to tomorrow and a good deed we did that day,? she said. ?You can?t focus on yourself. You need to focus on what you?re doing for others and then you can start to heal.?

The family still live at the Australia Zoo and are focused on maintaining Steve’s legacy of wildlife conservation.

“Steve was someone who was larger than life and really did live life to the fullest,? she said. ?Even though he died at 44, years of age he lived such a full life and that?s what I want to do and share.”

The family will be returning to Animal Planet with a new series this fall that will follow their day-to-day lives at the Australia Zoo and their work with their nonprofit organization, Wildlife Warriors

?We do want to carry on in Dad?s footsteps, and make sure everything he worked so hard for continues on,?  daughter Bindi said on a January broadcast of “TODAY.”