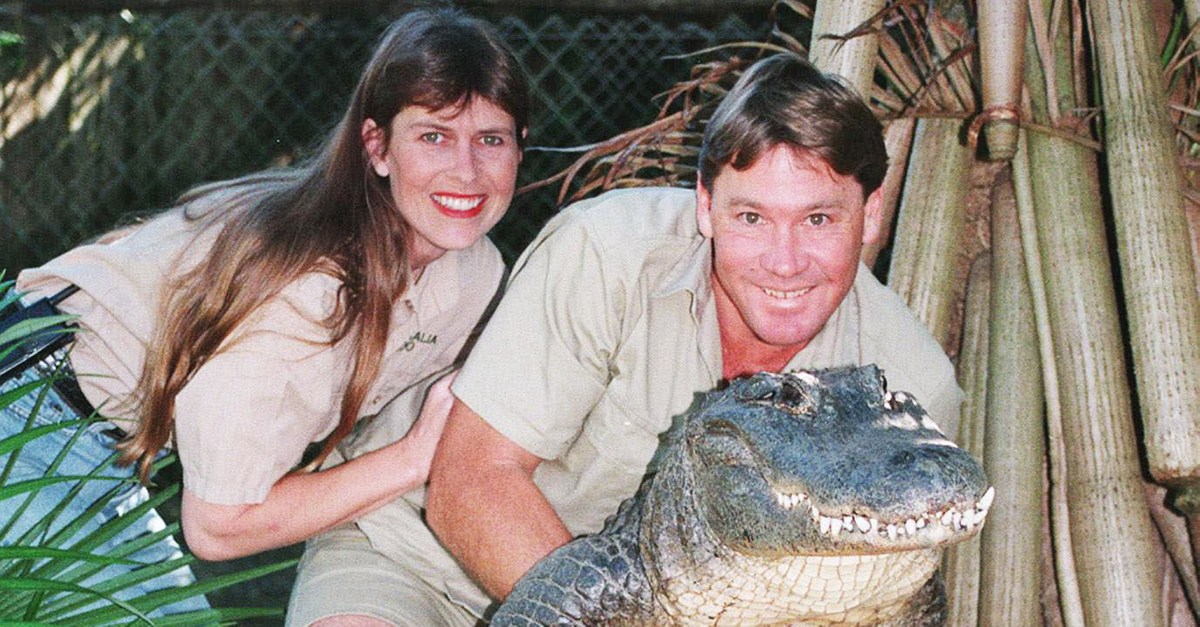 AP Photo/Russell McPhedran, File
"FILE - In this June 18, 1999 file photo, Steve Irwin, "The Crocodile Hunter" holds a nine-foot female alligator accompanied by his American wife Terri, who is from Eugene, Oregon, at his "Australia Zoo" in Beerwah, Queensland, Australia. Australia's famed "Crocodile Hunter" Steve Irwin knew he was dying after a massive stingray stabbed him in the chest hundreds of times, the only witness to the fatal 2006 attack said in his first detailed public account of the beloved conservationist's death. (AP Photo/Russell McPhedran, File)"

Earlier this week, Irwin took to Twitter to celebrate that love with a sweet post in honor of what would have been her 25th wedding anniversary.

“Today would have been our 25th wedding anniversary. I miss you so very much, and I am grateful every day for the time we had together,” she shared alongside a photo of the couple kissing with an iguana on their heads.

Today would have been our 25th wedding anniversary. I miss you so very much, and I am grateful every day for the time we had together. pic.twitter.com/Ztzoclhvyt

RELATED: This 9-year-old girl who overcame great odds is winning hearts on “America’s Got Talent”

The couple met in 1991 and married six months later. Two children followed, Bindi, 18, and Robert, 13, and the two shared a happy life educating viewers about wildlife on “The Crocodile Hunter” and entertaining guests at their home in the Australia Zoo.

In 2006, Steve Irwin was tragically killed when he was stung by a stingray while filming a wildlife documentary. He was 44 years old.

Terri Irwin continued Steve’s legacy by working in the Zoo and instilled the same love of wildlife and conservation in their two children.

Bindi Irwin recently talked about the love between her parents in an interview last month.

“My dad is still very much my mum’s soulmate. And I think that no matter what, Mum always says that they’ll always be married,” Bindi said. “And to her, Mom and Dad, they’re always going to be together. So in this life and the next, they’re a couple and a team. So I think that’s really important.”