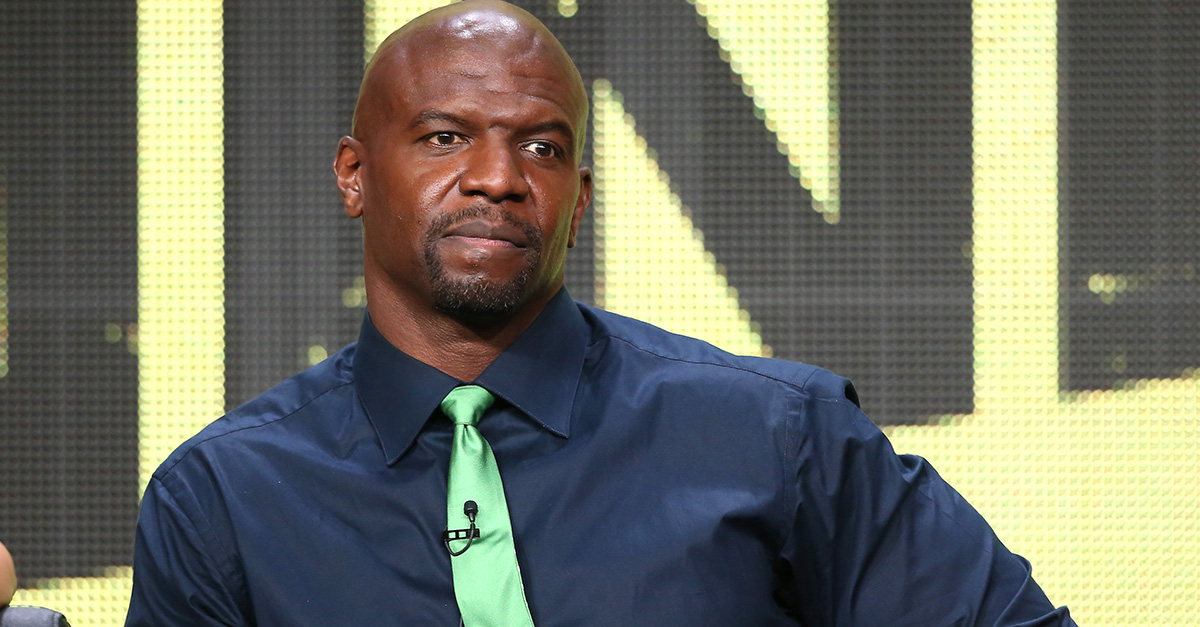 Terry Crews is opening up about the party where he was allegedly groped by Adam Venit, an agent in Hollywood.

Crews appeared on “Good Morning America” on Wednesday morning and shared details of the alleged February 2016 assault at a high-profile party with several of Venit’s clients, including comedian Adam Sandler. Crews said that Venit is “connected to everyone [he] knows in the business,” but he did not know him prior to the party.

“I’m looking at him, and he’s basically staring at me and sticking his tongue out. It’s overtly sexual tongue moves,” he said. ” … And I’m looking, like, ‘Is this a joke?’ … It was so bizarre.”

“And he comes over to me, and I stick my hand out, and he literally takes his hand and puts it and squeezes my genitals,” Crews said, then accusing Venit of doing it again. Crews said he tried to keep his cool while still being forceful and pushing Venit away from him.

“I have never felt more emasculated, more objectified. I was horrified,” Crews told “GMA’s” Michael Strahan. ” … It’s so bizarre, I wake up every day like, ‘Did this really happen?'”

He said that Sandler was saw the behavior but looked like he didn’t know what was going on, seeming just as suprised as Crews.

Crews said that years before, his wife advised him not to react with violence when provoked, which he said was difficult for him. He told Strahan that he normally would have just retaliated. He said that he felt that he “could have put a hole in [Venit’s] head” at the time. Instead of reacting, Crews and his wife left the party, but in the car, he felt like he could have “ripped the steering wheel off.”

“If I had retaliated in defense, I would be in jail right now. I knew as a large African American man, … I would immediately be seen as a thug, and I’m not a thug. I’m an artist,” he said. “My wife had me prepared. … She knew that something like this could happen, and when it did, she was right there for me.”

“When a person of power breaks that boundary, … you are a prisoner of war,” he said. ” … You are trying to find a way out, and you get out, and then you finally find freedom, and someone says, ‘Well, it must not have been that bad, or else you would have come out sooner.'”

“Why don’t you ask what he’s doing? Why isn’t Adam Venit sitting here right now, explaining his side?” Crews said.

The actor said that the women coming forward about allegations against Harvey Weinstein inspired him to tell his story. Crews detailed the alleged incident without naming names on Twitter in October.

“This whole thing with Harvey Weinstein is giving me PTSD. Why? Because this kind of thing happened to ME,? the actor wrote in a series of tweets. ?My wife n I were at a Hollywood function last year n a high level Hollywood executive came over 2 me and groped my privates. Jumping back I said What are you doing?! My wife saw everything n we looked at him like he was crazy. He just grinned like a jerk.?

Crews said that while he was a keynote speaker at Center for Community Solutions, where he heard stories of other victims of sexual misconduct, it occurred to him that he was not setting a good example for his children by keeping it a secret.

Crews told Strahan that he hopes by coming forward, he can encourage others to share their own stories and not be afraid of people in power.

“People need to be held accountable. This is what goes on in Hollywood. This is an abuse of power,” he said. “I let it go. I put it in the back of my head and I let it go. And I understand why women won’t come forward.”

Venit has since been suspended from his job, while the accusations are still under investigation.