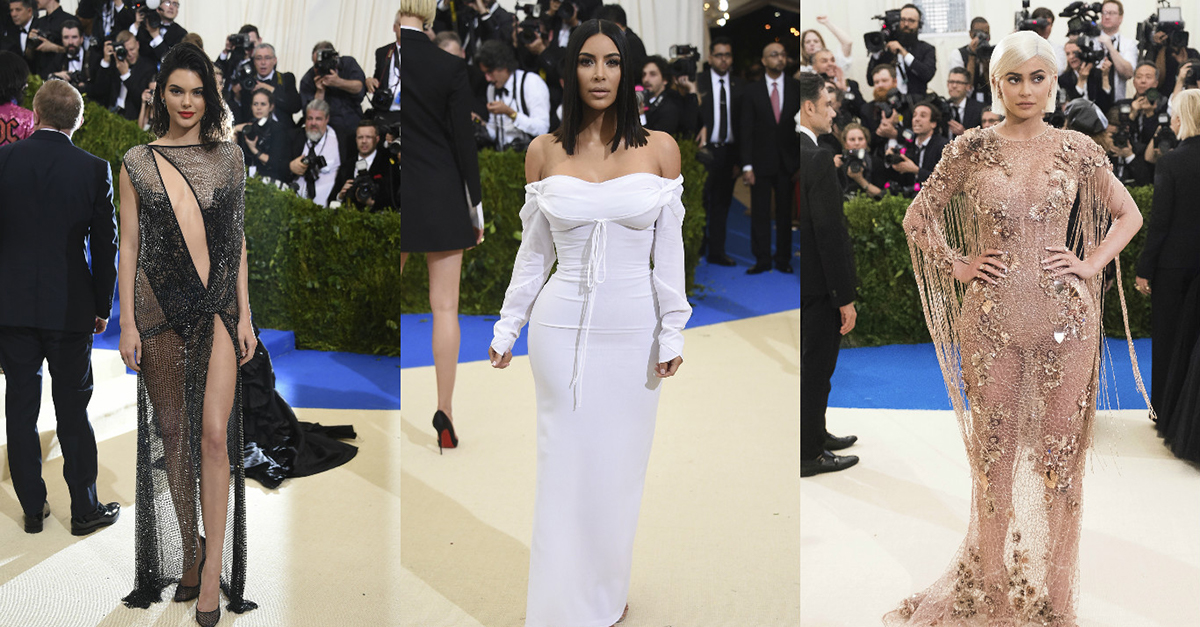 On Monday May 1, all fashion eyes were on New York City for the 2017 Metropolitan Museum of Art Costume Institute Benefit Gala. The annual soirée is one of the most buzzed about events in the fashion world, and every year industry insiders and celebrities take to its red carpet to mingle in gorgeous, avant-garde looks for the cameras.

This year’s honoree, legendary Japanese designer Rei Kawakubo, gave attendees the opportunity to prove their statuses as important members of the fashion community. Kawakubo’s designs are bold and architectural, true embodiments of wearable art. This meant that the sky was the limit in terms of creativity and unexpected design. Almost all of the celebrities who walked the infamous red carpet up the Met staircase fell dramatically short of the exciting task. Instead of sporting looks in honor of Kawakubo’s unique aesthetic — an admittedly intimidating feat for A-list celebrities used to wearing figure-hugging gowns tailored to a classic perception of beauty — most wore yawn provoking gowns that echoed their own personal style.

But that’s not what we’re here for. We’re here for the train wrecks! And as is always the case at the Met Gala, there were plenty of people who not only missed the theme memo, but plain old missed the mark in general. Let’s take a look at a few of the worst fashion moments of the evening.

No matter the theme, there is always that one it-girl who rolls up to the Met Gala in what looks like a recycled Halloween costume from her college years, albeit a really really expensive one. This year, that honor is bestowed upon Bella Hadid, who walked the red carpet in what is, objectively, a Catwoman costume.

While Lasichanh deserves high praise for tapping into the evening’s sartorial theme — she rocked a design fresh off Kawakubo’s last season of Comme Des Garçons — which most celebrities were too scared to attempt, she looks like a real life, grown-up Teletubby character. Also, she can’t use her hands! Isn’t this red carpet followed by a dinner? We’d have paid good money to see how that turned out.

Where to begin here? First of all, Kim should be applauded for finally breaking free of her see-through dress trend from literally every red carpet she attends. However, she came to an avant-garde themed event in a beach cover up. Kim’s boho look, however, was the least offensive of her family. Kendall Jenner — who has recently been caught up in two PR disasters; one due to a horrendous Pepsi commercial that belittled the protest movement and one for promoting a festival that many believe turned out to be a scam — took the storied Kardashian route to change a negative conversation surrounding her family’s brand by showing up naked. Not literally naked, no. But Kendall sported little more than luxury lingerie that left little to the imagination; and we imagine provided a cool breeze since her tush was openly exposed to the elements. Kylie took up the naked dress mantle from her older sister Kim and showed up in an ornately bejeweled Versace number that was somehow as boring as it was tacky.

Newton, usually a fashion star on the red carpet, showed up looking like the curtains you expect to see in a woefully outdated home. The floral headpiece did not help the grandma’s house aesthetic of this drawstring Monse dress.

Though the bright red color of Ora’s dress is stunning, the enormously oversized bows we’re too reminiscent of Christmas, especially for a spring party at the beginning of May. She looks like the present someone hands you on Christmas morning that you’re hesitant to open because you just know it’s going to be awful.

Have you ever head someone utter the words, “she was a vision in khaki”? Probably not. And that’s because those words, even if stated with emphatic kindness, will never be true. Case in point: Priyanka Chopra in an oversized khaki trench coat.