Carol Burnett and Norman Lear were given one of the highest honors at this year’s Emmys when the entire audience stood to give them a standing ovation as they came out onstage arm in arm to present an award together.

“Combined, not just standing next to me,” Burnett joked.

The comedy legends were onstage together to present the Emmy for Best Comedy Series.

RELATED: Dolly Parton made everyone blush when she told a dirty joke on the Emmys stage

“I’ve always believed that laughter adds time to our lives, and nobody has added more time to my life than this woman,” he said, getting a bit choked up as he looked over to the funny woman next to him.

Burnett was also emotional in the moment and gave him a hug. After the touching moment, they went on to present the award to the HBO series, “Veep.”

Ahead of their moment in the spotlight, Lear shared a photo with Burnett and a “photobomb” by Rashida Jones.

“Getting ready to present with the amazing Carol Burnett. Photobomb from the delightful @iamrashidajones. #Emmys

Getting ready to present with the amazing Carol Burnett. Photobomb from the delightful @iamrashidajones. #Emmys pic.twitter.com/Z9ah03Ah07 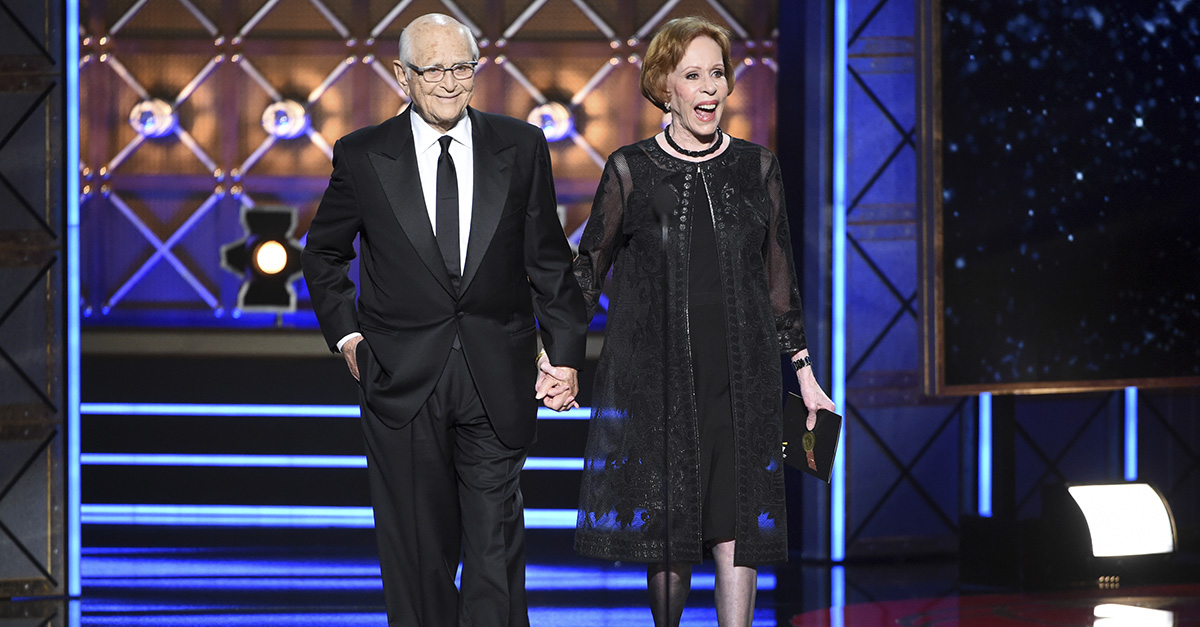