Things got steamy on the season 24 premiere of “Dancing with the Stars!”

On Monday night, professional bull rider Bonner Bolton took to the dance floor with partner Sharna Burgess for a rootin’ tootin’ good cha-cha to the tune of “Move” by Luke Bryan.

But before they hit the ballroom, Bolton and Burgess got to know each other ahead of the competition. While visiting him “somewhere in Texas,” Burgess learned that Bolton survived a near-death attack by a bull that left him with hope for the future.

“I want to inspire other people to not give up,” he confessed.

The camera was still rolling when a producer teased Sharna for blushing after talking to her 29-year-old partner.

“I don’t know what you are talking about,” she said as she smiled at the camera.

Later, the two were ready for rehearsals, and things between them seemed to continue to heat up. While rehearsing their cha-cha, these two had a tough time keeping the flirting to the minimum.

“I’ve got some good hip action,” Bolton said. “You have to use you hips to ride bulls.”

It looks like all of that hard work (and flirting) really paid off because when it was time to show off their hard work at the premiere, the duo was hot, hot, HOT!

Did you see that moment between them at the end of the routine?!

Bolton and Burgess walked away with 22 out of a possible 40 points.

After their routine, fans took to social media to cheer them on.

I'm so proud and so excited to support @SharnaBurgess and @bonner_bolton this season!! You guys were FIRE!! ❤❤🔥🔥 #TeamDenimNDiamonds  #DWTS

"I'm dancing with the prettiest lady in the house … Things could get spicy" – @bonner_bolton @SharnaBurgess yeahhh, think they did! 🔥#dwts pic.twitter.com/yHK4w7Nksi

There was one moment that really got fans buzzing. Backstage, the two got a little too close when the cameras were still rolling. As Burgess seemed to cozy up to her partner, Bolton reached his arm around her waist and accidentally took this family show up to a PG-13 rating. 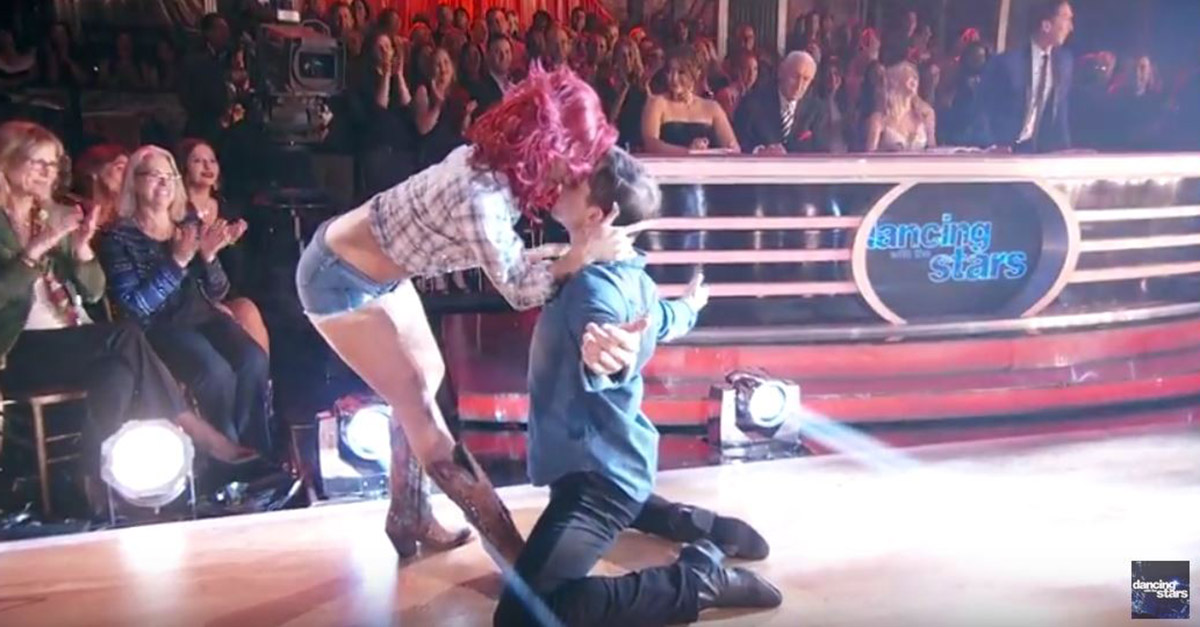