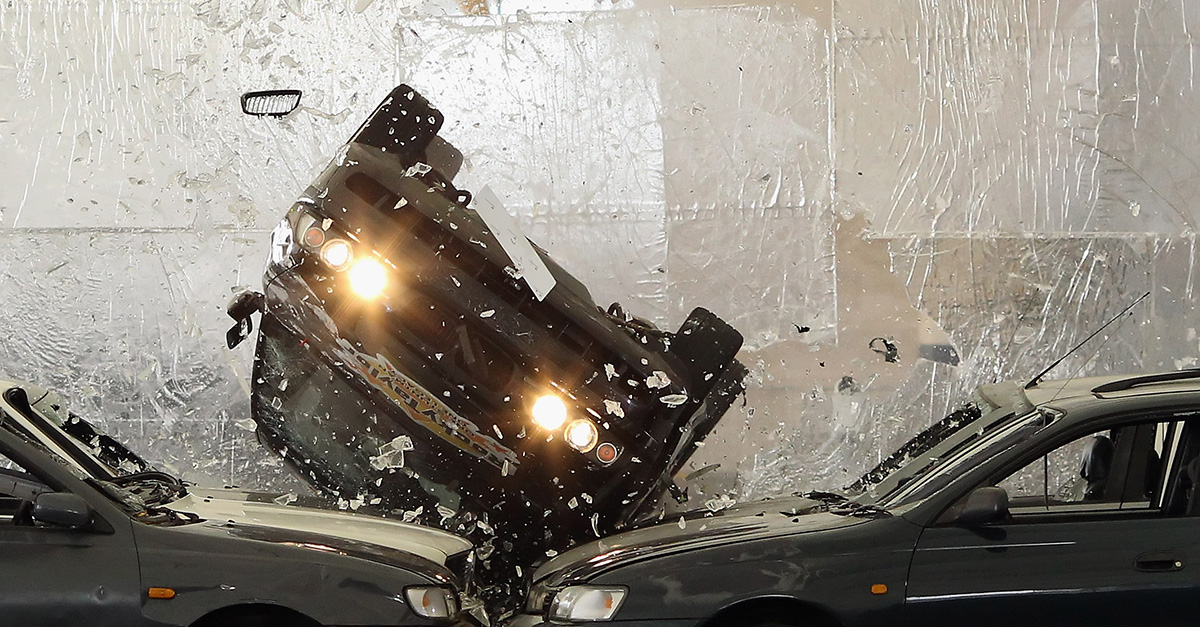 Photo by Dan Kitwood/Getty Images
LONDON, ENGLAND - SEPTEMBER 13: Sixty four year old Hollywood movie stuntman Rock Taylor drives through a huge sheet of glass at the 02 Arena on September 13, 2011 in London, England. The stunt was performed in an attempt to break a previous Guinness record to 'break through the Largest breakaway glass structure in a car'. The stunt was to mark 'Remember a Charity' week, which aims to encourage more people to leave gifts to charity in their will. (Photo by Dan Kitwood/Getty Images)

This week alone, Hollywood has been rocked by two on-set stunt accidents. A video of Tom Cruise appearing to be injured while scaling a building on the set of “Mission Impossible 6” made headlines before stuntwoman Joi “SJ” Harris died in a motorcycle accident on the set of “Deadpool 2” on Monday.

But, these accidents are not the only stunts-gone-wrong this year alone. “Maze Runner” actor Dylan O’Brien was hospitalized earlier this year after he was run over a car while performing his own stunts. People aren’t the only ones at risk on set, either. Earlier this year, the film “A Dog’s Purpose” was surrounded in controversy after a behind-the-scenes footage of an animal handler forcing a distressed German Shepherd into a pool of rushing water was leaked ahead of the film’s premiere.

In this day and age, one would think that the years of live-action stunts were behind us in favor of CGI (computer generated imagery) but that is clearly not the case. Fans are quick to call out films, like the “Fast and the Furious” series, that favor CGI stunts, but when the cost of insurance and recent deaths bring in the question: why doesn’t Hollywood use more CGI?

One stuntman argued his point over why CGI really isn’t the answer.

RELATED: Brad Pitt continues to open up to fans about his ongoing divorce from Angelina Jolie

“In some ways, the computer has made the stunt safer, because we can have more safety systems, we have more control over the body, and then erase those controls and safety systems in the computer to make it look more dangerous than it might really be,” professional stuntman Hugh Aodh O’Brien said in a 2013 interview for BizJournalism.org.

He argued that while technology reduces the risk of injury, it also mean less money for the stunt professionals. The industry is getting competitive with the increased use of CGI, but O’Brien remembered why he wanted this career in the first place.

“There are very few people who dream of doing something as a kid and actually getting to do that job as an adult,” O’Brien said. “And the reality of the job is better than the imagined job was as a kid.”

It doesn’t seem like the use of actual stunt performers is going away any time soon. For those considering a career in showbiz stunts, remember, don’t try this at home.