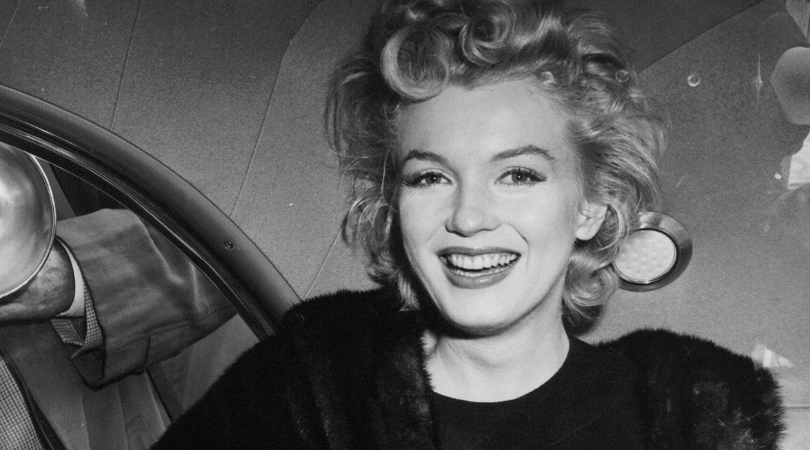 When Marilyn Monroe‘s therapist left her house on the evening of August 4, 1962, he suggested that her housekeeper stay overnight. He was worried about her condition. Monroe’s friend may have disagreed, saying that they spoke to her recently and she “seemed fine”. But history tells its own version of the story. Many things happened that make the situation appear to differ from various vantage points. Some look at Marilyn Monroe’s death and see “murder,” others see “accidental overdose,” and many see “a probable suicide.” It’s hard to tell what really happened that night.

Young Marilyn Monroe’s life began far away from the glitz and glamour her life amounted to as a Hollywood star. She was born Norma Jeane Mortenson, on June 1, 1926. While she would grow up to be the most well-known Hollywood actress, singer, and model, she grew up in foster homes in Los Angeles, California. This was followed by getting married at the age of 16 to ensure she stayed out of the foster care system. While married to her first husband, she worked a job for the war effort. This is where she was introduced to a photographer from First Motion Picture who was taking pictures to boost wartime morale. At 18 years old she started working with him and working as a pin-up model. Within the span of just one year, she appeared in over 30 ads magazines.

This evolved into the opportunity for small film contracts with 20th Century Fox and Columbia. In 1951 she signed a contract with 20th Century Fox and would later go on to featured and star in As Young as You Feel, Monkey Business, Gentlemen Prefer Blondes, How to Marry a Millionaire. She was the first centerfold in Playboy magazine in 1953- pushing the boundaries of what women “did”. The Seven Year Itch, her 1995 film, was one of the biggest box office films of her career. While these things led to financial success and made her one of the most sought after movie stars, it also type-cast her.

After still being refused different types of roles, Monroe founded her own production company in 1955. It was called Marilyn Monroe Productions or MMP for short. She worked on building her company and studied method acting. After this, Fox reworked her contract giving her more control and more money. For this, Time Magazine called Miss Monroe a “shrewd businesswoman.” The first film with MMP was released two years later, The Prince and the Showgirl. She was awarded a Golden Globe for Best Actress for Some Like It Hot in 1959. Her legacy will live on as one of the most successful.

Even artists have used her likeness to pay homage to her [bands such as Norma Jean and Misfits]. Her movies grossed close to $2 billion in today’s economy. Back then, it seemed to have it all. But, I suppose that depends on what angle you look at the story from, or simply how closely you look.

The Death of Marilyn Monroe:

On the evening of August 4, 1962, Dr. Ralph Greenson, Monroe’s psychiatrist, left Monroe’s home after a therapy session, requesting that her housekeeper, Eunice Murray, stay the night. Monroe went to her room around 8PM that evening. She received a phone call from Peter Lawford, asking her to attend a party he was throwing that night. He was one of the last people to speak to her. She told Lawford to, “Say goodbye to Pat, say goodbye to the president (Lawford’s brother-in-law), and say goodbye to yourself because you’re a nice guy”. He said she sounded drugged and tried to get in touch with Dr. Greenson but he was unable. Eventually, Lawford got Monroe’s lawyer to call her house and speak to the housekeeper. She told him that Monroe was fine.

However, around 3 AM, Eunice Murray awoke unprovoked, feeling like something was wrong. There was light coming from Monroe’s bedroom door- but it was locked, and she was not responding. Murray called Dr. Ralph Greenson over and found Monroe’s body unconscious in bed with empty medicine bottles next to it. She had been dead for hours. Reports claim that the time of her death was between 8-10 p.m. the night before. The cause of death on her death certificate was barbiturate poisoning with 4.5 milligrams of Nembutal in her blood. Monroe was painted as the American Dream, a woman who beat the odds and rose to stardom from a less than ideal childhood. But her death said something entirely different.

So what could have caused Monroe’s death? Was it murder or an accident? Well, there are arguments for each. Marilyn Monroe’s star rose steadily and then very quickly into Hollywood. She was intelligent and a very hard worker, but she still faced difficulties throughout her career. For example, she was typecast very early into her career, and was also deemed ‘difficult to work with’. She suffered from anxiety, stage fright, and perfectionism. Asking for retakes until she felt her take was perfect, being late and depended on her action coaches heavily was not uncommon. One reason she struggled on film sets as opposed to photoshoots was that photoshoots allowed her to be more spontaneous as opposed to scripted movements. To overcome her anxiety and insomnia she drank and used barbiturates.

Aside from work stressors, she also dealt with personal things, such as three marriages that all in ended in divorce. She fought with Fox in 1956 to get better roles requesting to get paid correctly, which probably would stress out anyone. While she was starting her company, she took a break from acting for a year and a half. She married playwright Arthur Miller in the summer of 1956. They became pregnant but lost the baby. Shortly after this, she was hospitalized for an accidental overdose.

In 1960 she was working on The Misfits, with Miller. She did not particularly want to take the role as it felt like a step backwards into “dumb blonde” territory. Ultimately, she accepted it at her husband’s encouragement and the incentive of a pay raise. She reportedly hated the sexism she experienced (and had been experiencing for some time) and the fact that the movie was in part based on her life. To cope with these frustrations, she continued her drug abuse. This resulted in her spending a week in a Los Angeles hospital detoxing. Marilyn Monroe and Miller separated quietly after The Misfits wrapped, letting the movie press overshadow their divorce. Unfortunately, The Misfits tanked at the box office, it also became her final film. The next year, Monroe spent time in a psychiatric ward for depression.

This is a lot to take in, we know. Just imagine having to live it. Pressures like these have added to the idea that she committed suicide. However, no note was ever found. She did, however, tell Lawson something enduringly similar.

Monroe struggled with drug abuse for a long time. From early in her career she was taking several types of drugs and drinking heavily. She did spend time in a psychiatric hospital for depression as well. There were also noted situations where Monroe made accidental overdoses one more than one account. Accounting for her actions, the Chicago Tribune stated:

“Miss Monroe had suffered from psychiatric disturbance for a long time. She experienced severe fears and frequent depressions. Mood changes were abrupt and unpredictable. Among symptoms of disorganization, sleep disturbance was prominent, for which she had been taking sedative drugs for many years. She was thus familiar with and experienced in the use of sedative drugs and well aware of their dangers. […] In our investigation we have learned that Miss Monroe had often expressed wishes to give up, to withdraw, and even to die. On more than one occasion in the past, she had made a suicide attempt, using sedative drugs. On these occasions, she had called for help and had been rescued. It is our opinion that the same pattern was repeated on the evening of Aug. 4 except for the rescue. It has been our practice with similar information collected in other cases in the past to recommend a certification for such deaths as probable suicide. Additional clews for suicide provided by the physical evidence are the high level of barbiturates and chloral hydrate in the blood which, with other evidence from the autopsy, indicates the probable ingestion of a large amount of drugs within a short period of time: the completely empty bottle of Nembutal, the prescription for which (25 capsules) was filled the day before the ingestion, and the locked door to the bedroom, which was unusual.”

This conspiracy theory has many faces and multiple people to point the proverbial finger at. But definitely less proof to back it up. One claim is that the CIA was trying to punish JFK for the bay of pigs incident since he and the actress were linked to each other. Another is that Marilyn Monroe and Robert Kennedy had an affair and he had her killed her because she threatened to cause a scandal.

In this theory, Monroe and many people close to her are “communists” or “communist sympathizers”. Another one also links Monroe to Robert Kennedy. This one, in particular, suggests that the CIA of FBI killed her to make a point to Kennedy.

The death of Marilyn Monroe may forever be a mystery to us, but she will forever be remembered for bringing laughs, smiles, and a lot of attitude.