The Dueling Banjos scene from deliverance is amazing, but did you know this? 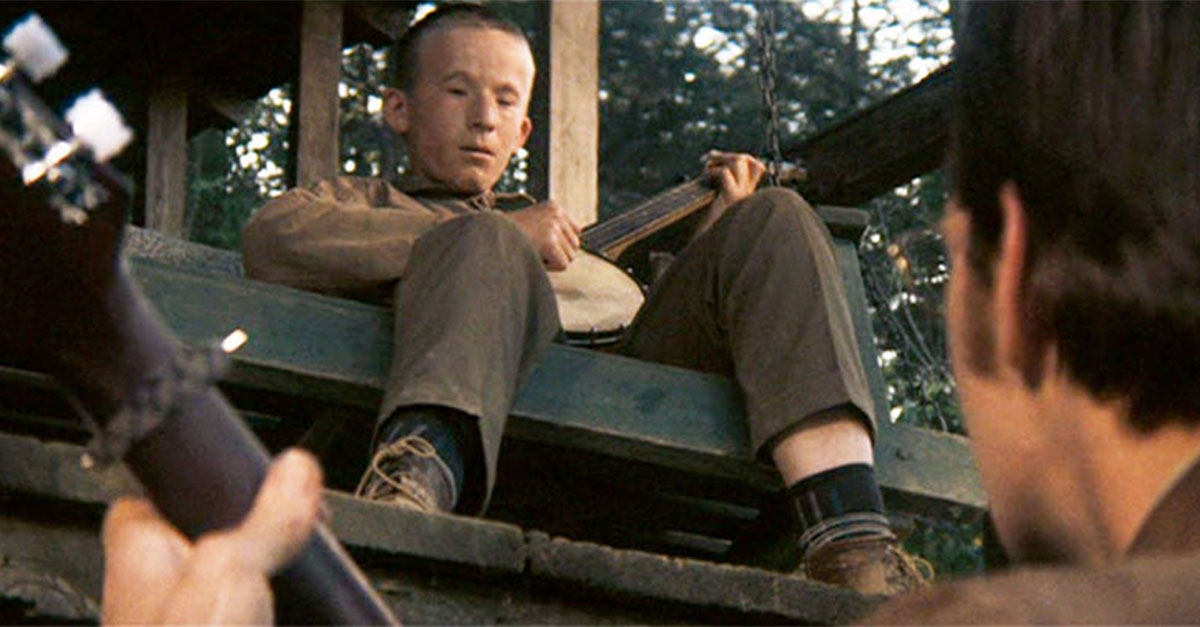 In addition, actors Bill McKinney as Mountain Man and Herbert Coward as Toothless Man, remain two of the most frightening movie villains of all time.

One of the most famous scenes is “Dueling Banjos” which took place between Ronnie Cox’s character Drew and Billy Redden as Lonnie, a local inbred “mountain kid.” The two characters appear to use their banjo and guitar to communicate by playing this song.

The scene is amazing considering Redden didn’t play the banjo at all. The hands you see are actually the hands of a musician who is hidden behind him! Cox was hired because he played guitar. It was his first time in front of a movie camera though.

Check it out (skip to about 2:30 if you want to see where they really take off):

Great stuff! Many consider this the greatest single scene in movie history! It was the calm before the storm.

Even after 44 years, when people hear banjo music, they’re likely to think of “Dueling Banjos” and the movie Deliverance — what a testament to the scene and the movie! It represents a moment of optimism and fun in what is an otherwise rather dark, oppressive film

In 1973, the song skyrocketed to the top spot on the Billboard adult contemporary chart, number two on all-genre hot 100 charts and number five on the country chart. “Dueling Banjos” also won a Grammy that same year for best country and western instrumental performance.

It is almost impossible to hear “Dueling Banjos” without thinking of Deliverance. This performance helped bring bluegrass into the mainstream. It introduced many new people to this type of music.