Eric and Lara Trump are expecting!

The couple revealed that they will welcome a son this coming September.

“We found out on my birthday, which was pretty cool,” Eric told PEOPLE.

Lara, a former “Inside Edition” producer, revealed that she is now in her second trimester and is starting to feel better.

“I was exhausted in the beginning,” she said. “It surprised me, because I’m a very active person, and until the fatigue hit, I didn’t believe it would actually happen to me. It really affected me. But I’m feeling really good now.”

The new bundle of joy will be President Donald Trump’s ninth grandchild. Eric’s brother, Donald Jr., has five children with wife Vanessa, and sister Ivanka has three little ones with her husband, Jared Kushner.

The couple is already reportedly thinking of names.

RELATED: Ivanka Trump goes behind the scenes with her family after another week in Washington

“We really loved the name Charlie, but we’d already named our dog that, so it’s out,” Eric joked.

Lara added, “We sort of screwed ourselves over there.”

The mom-to-be admitted that she doesn’t feel those pregnancy jitters and is looking forward to motherhood.

“I knew I always wanted kids someday,” she said, adding her husband is going to “be an amazing dad.”

“The nieces and nephews love hanging with him. He’s the cool uncle. He’s watched ‘Frozen‘ many times,” she said.

As for keeping the pregnancy news under wraps, Lara admitted she was nervous her famous father-in-law may spill the beans before they were ready.

“Eric’s dad was so excited,” she said. “We were worried he’d blurt it out at a press conference.”

Lara also shared the happy news on Instagram with fans.

“Eric and I are excited to add a baby boy to our pack in September,” she wrote alongside the snowy family photo with their dogs. 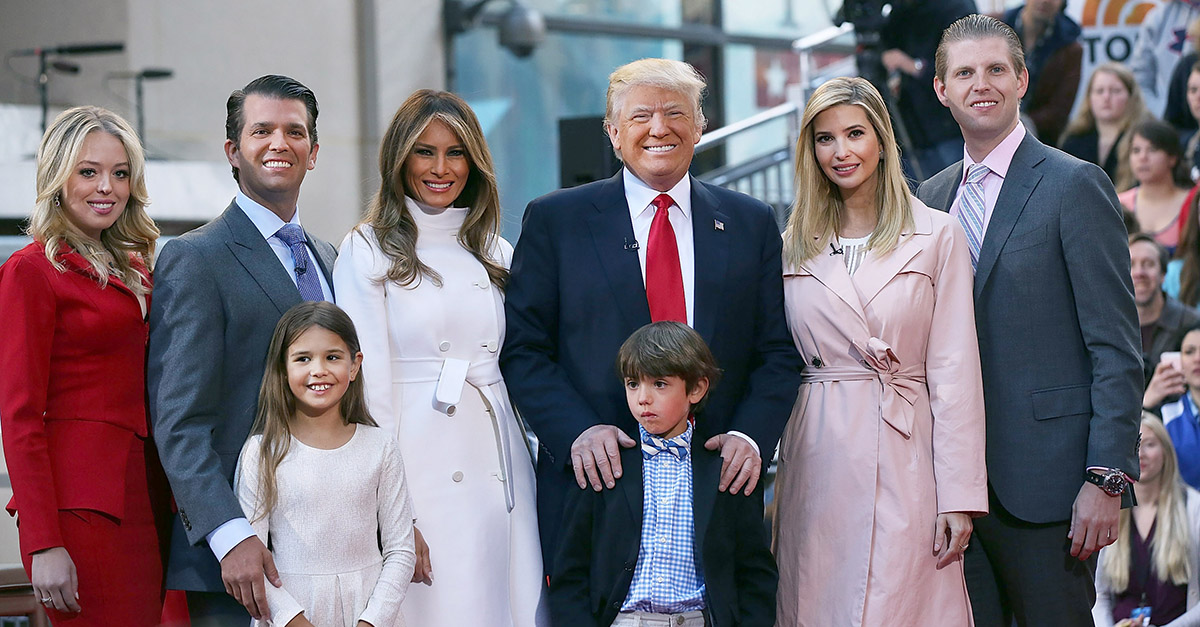