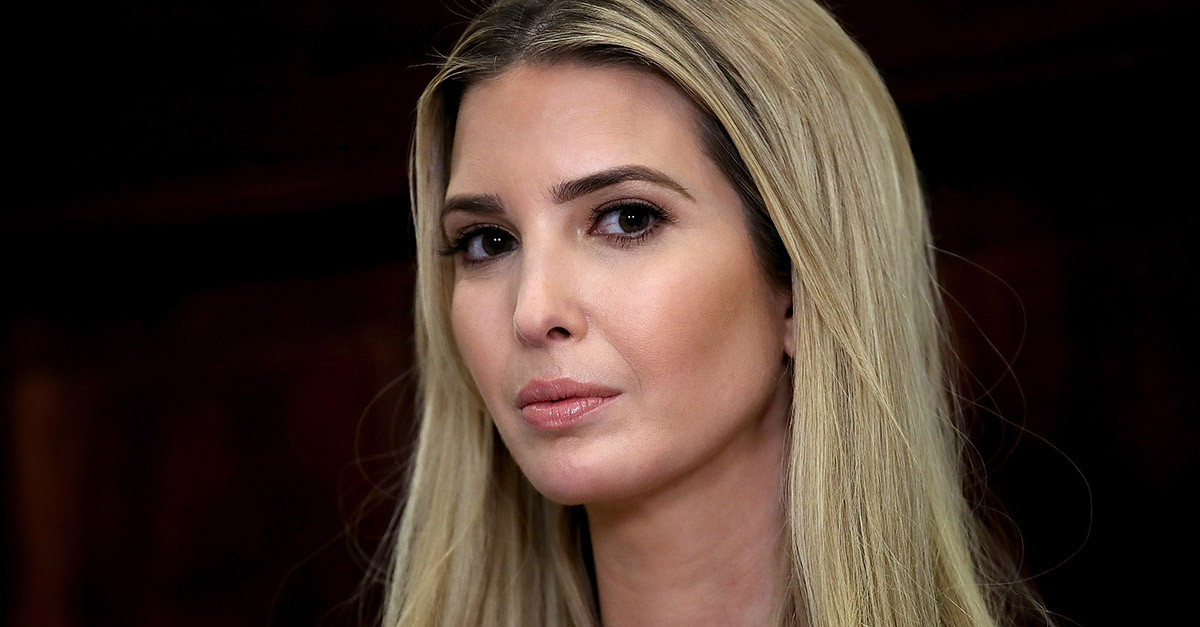 Like many Americans, Ivanka Trump was moved by Oprah Winfrey’s inspiring Golden Globes acceptance speech, but when she took to Twitter to praise the media mogul, she was met with a lot of backlash.

The first daughter tweeted that the speech was “empowering and inspiring” late Monday following the awards show.

Twitter quickly lit up with backlash over her comments, as her father President Donald Trump has been accused of sexual misconduct in the past, allegations which he has denied. Alyssa Milano, Chrissy Teigen and New York Times Bestselling author Molly Knight were among those to respond to Trump’s tweet.

Great! You can make a lofty donation to the Time's Up Legal Defense Fund that is available to support your father's accusers.https://t.co/A8HCVa715v

She was talking about your dad this is embarrassing

If that inspired you then you should also check out what your dad said on a bus in 2005.

In her speech, Winfrey slammed men who are guilty of sexual misconduct, assault and harassment in the workplace by saying, “Their time is up!”

She also shared inspiring words to any young girls who were tuning in to see her historical award win and looked forward to the future.

“So I want all the girls watching here, now that a new day is on the horizon!? she finished the speech.

Following the award show, many men and women called for Winfrey to run for office in 2020. Meryl Streep was among the supporters, telling the The Washington Post, “She launched a rocket tonight. I want her to run for president. I don?t think she had any intention [of declaring]. But now she doesn?t have a choice.”

Winfrey’s longtime partner Stedman Graham seemed to get behind the idea, telling the Los Angeles Times, “It’s up to the people. She would absolutely do it.”