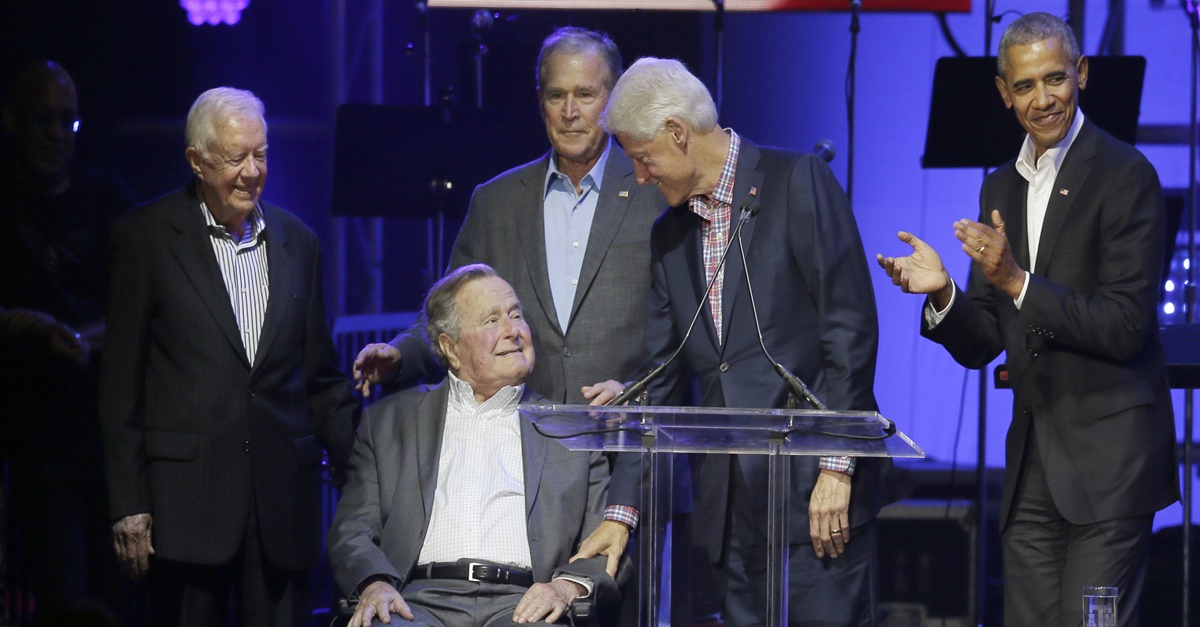 Five former presidents joined forces to raise money at a hurricane relief benefit on Saturday, but it was George W. Bush’s whispered joke to Barack Obama that had the internet talking.

Bush and Obama joined Bill Clinton, George H.W. Bush and Jimmy Carter for the “Deep From the Heart: The One America Appeal” at Texas A&M University in College Station, Texas, to raise money for Hurricanes Harvey, Irma and Maria.

While Clinton was speaking, the younger Bush leaned over and cracked a joke to Obama. Whatever he said must have been pretty funny because Obama couldn’t stop laughing, and the internet loved the lighthearted moment.

Bush pulling a dad move, cracking a joke to Obama during Clinton's speech, and glancing repeatedly to see his reaction. pic.twitter.com/Y3dLIkQUAn

The moment had people on the internet weighing in on the exchange, and the reactions were as awesome as you’d expect.

W cracking a joke to Obama while Clinton gives a speech is me in middle school pic.twitter.com/Sw6uQwXRcf

Bush's reaction after he gets Obama to laugh at his joke is the ultimate post dad joke face pic.twitter.com/lH7o3EuMCw

Bush pulling a dad move, cracking a joke to Obama during Clinton's speech, and glancing repeatedly to see his reaction. pic.twitter.com/Y3dLIkQUAn

Bush cracking a joke to Obama during Clinton's speech. Man is a legend @ComfortablySmug pic.twitter.com/O7UtwbW1Yo