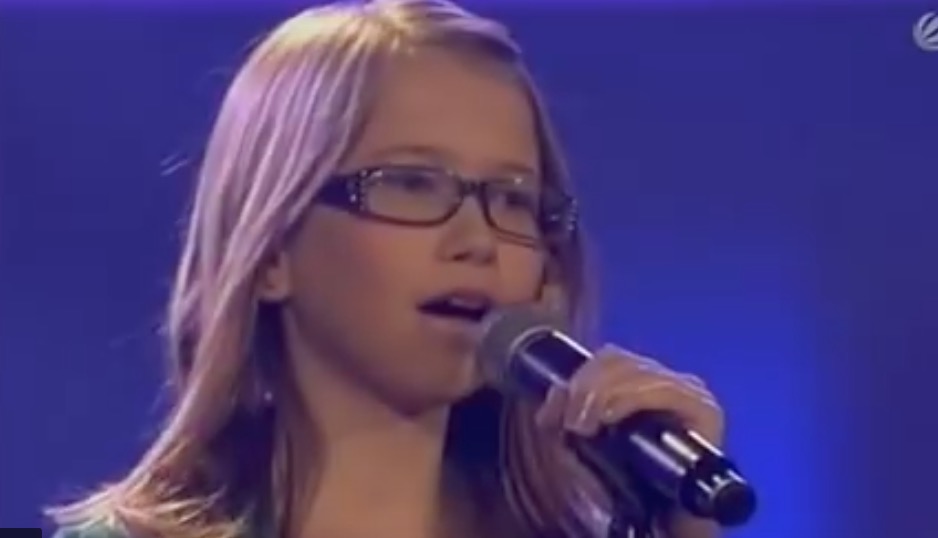 Laura Kamhuber from The Voice Kids Germany seriously gave Whitney Houston a run for her money.

Singing “I Will Always Love You” for her blind audition, the judges were beyond blown away. She was singing for just 20 seconds when the first judge hit the button indicating he wanted to coach her.

They all hit the button to turn around, and by the end, they couldn’t hit the button enough, they were so excited. Every judge wanted to work with her.

Meanwhile, the mom was in tears back stage.

“oh my goodness! this was absolutely amazing and it actually made me cry. Laura is such a cutie and she has such a beautiful voice! She has such a gift! God bless & I hope you achieve everything you want and more in this world!” the top YouTube comment reads.

Another thing really impressive thing about the performance is that she speaks German, though you can barely tell the accent. She hits every note.

“Her vocals are so impressive ? especially at her young age ? that the crowd (and judges) wound up giving her standing ovation,” Taste of Country wrote about the performance.

While the song was made famous by Whitney Houston, it was originally written by country music legend Dolly Parton about her old singing partner Porter Wagoner.