In order to portray the many faces of depression, Talinda Bennington — the widow of Linkin Park front man Chester Bennington — shared a video on Twitter showing her husband playing a game with his children.

The 41-year-old singer died of suicide by hanging in July.

RELATED: Chester Bennington is all smiles in a heartbreaking family photo taken before his death

In the video, Chester eats a “rotten eggs,” flavored jelly bean, which he immediately spits out. He chuckles as he tries to get the gross taste out of his mouth, much to the amusement of those around him.

This is what depression looked like to us just 36 hrs b4 his death. He loved us SO much & we loved him. #fuckdepression #MakeChesterProud pic.twitter.com/VW44eOER4k

Since her husband’s suicide, Talinda has been actively updating her social media feed with messages of support for those who struggle with mental illness, often adding the hashtag #MakeChesterProud. 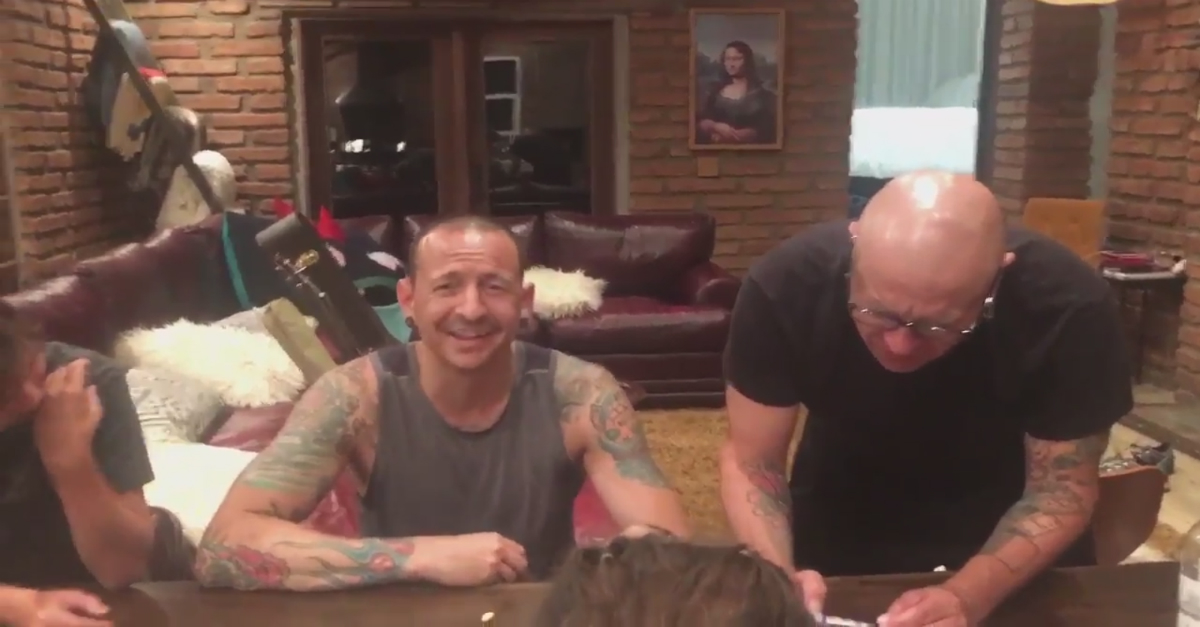