A few years back, Donnie and Kathy Fulbright struck gold…$1.7 million in gold, to be specific. Powerhouse technological company Apple Inc. agreed to pay the large sum to the Fulbright couple to build on their land.

The couple had been Catawba County’s single-story house for 34 years. The acre of land in the town of Maiden, North Carolina, that had originally cost them $6,000 was recently valued at $181, 700. In 2010, Apple made the couple, not two, but three offers to buy their house. The Fulbrights had no plans on moving until the tech giant told them to “name a price”. The couple countered with $1 billion and without blinking an eye, the iPhone company gave the couple the money and added the plot of land to ‘Project Dolphin’.

As for Donnie and Kathy Fulbright, they bought a 4,200 square-foot house. The 49-acre property includes bells and whistles such as a jacuzzi in the master bathroom and a pond- catfish and bass included.

What was Project Dolphin?

Project Dolphin was the 500,000 square foot facility that was slated to be their new $1 billion data center. In comparison to some of the company’s previous properties, the Maiden property is approximately five times the size of the Newark, California facilities. Given Apple’s growth over the years they needed space for holding massive amounts of data. This data included the cloud-based storage of both user and content information that allows iPhone users to stream music and tv shows from iTunes, Ipads, and Apple TVs.

In June of 2009, the local government in rural North Carolina offered Apple not only tax breaks reaching up to $46 million but also lowered personal property taxes by almost 90 percent to build in the area. In return, Apple Inc brought hundreds of jobs to the area and was helping both lower the unemployment rate and encourage other companies to come to the area. The presence of the company has brought drastic economic change to the area. They have since built a new fire station and city hall, amongst other things.

Apple Inc. isn’t alone in building in rural areas of the United States. Google was the first to open a data center in North Carolina. Since then they’ve been joined by the likes of Facebook, Walt Disney and Bed Bath & Beyond. 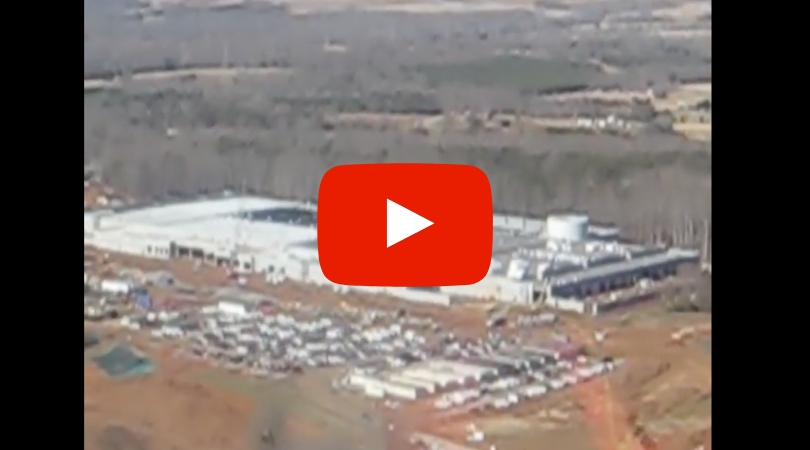