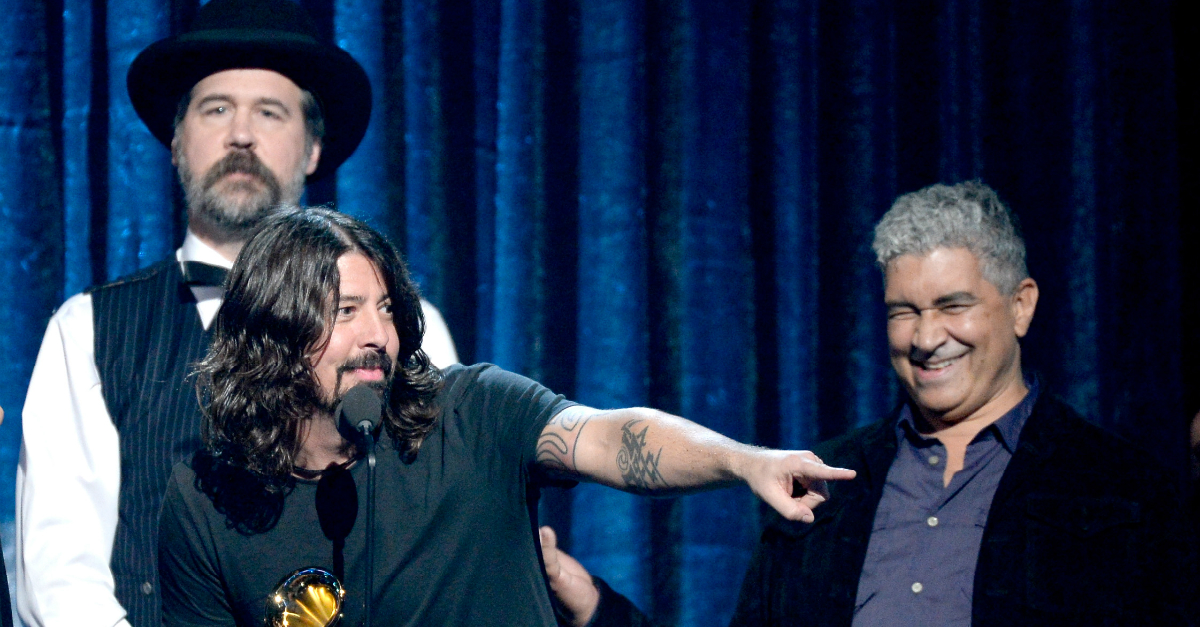 Nirvana fans can rejoice! The surviving  members of the band — Dave Grohl, Krist Novoselic and touring member Pat Smear — briefly reunited for a rendition of the Foo Fighters song “Big Me” at a concert in Eugene, Ore.

“I love you Krist,” Grohl says as Novoselic leaves the stage. “No! That’s a new one,” he yells as the bass player pretends to smash his instrument to smithereens, just like the old days. “You just got it!”

Don McClean would have you believe that Feb. 3, 1959 was “the day the music died” but for gen-Xers, that day is April 5, 1994 — the day Kurt Cobain took his own life and left legions of adoring fans in tears or worse.

In the wake of Cobain’s suicide, Dave Grohl, the drummer who played with Cobain in Nirvana, went on to have a long an successful career after he formed your dad’s favorite band, Foo Fighters, with guitarist Pat Smear — who was never a full fledged member of Nirvana, but he played rhythm guitar at a lot of their live shows.

But what happened to the other guy?

Nirvana’s bassist Krist Novoselic dabbled in a few post-Nirvana musical projects, but none of them really took off like Grohl’s did. Grohl actually asked Novoselic to join Foo Fighters as a full time band member, but he declined.

Believe it or not, this isn’t the first time the three musicians have jammed together since Nirvana ceased to exist. During the filming of Grohl’s 2013 documentary “Sound City,” the trio teamed up with rock god Paul McCartney and recorded a new track titled “Cut Me Some Slack,” which they played live a few times in 2013. they also reunited for Nirvana’s induction into the Rock And Roll Hall Of Fame the following year, where they rocked out with Lorde, St. Vincent and Joan Jett — because they love rock and roll!

RELATED: Jimmy Fallon and John Cena couldn’t keep it together when they acted out some festive Mad Libs dialogue

Recently, Grohl was the guest-host for the Oct. 31 edition of “Jimmy Kimmel Live.” And he completely nailed the Halloween theme by showing up in a terrifyingly accurate David Letterman costume.

“I’m Dave Grohl dressed as Dave Letterman sitting in for Jimmy Kimmel. It’s confusing, I get it, especially if you’re home watching right now stoned to the bone,” the guest host said.

He went on to perform a rocking version of “Do You Want To Build a Snowman” from the movie “Frozen” with one of its stars, Kristen Bell — who was dressed up as Tom Selleck’s ’80s TV icon Magnum P.I.

“If I were to jam a song with you, I would become like the coolest dad,” Grohl admitted, after informing Bell that his kids were huge “Frozen” fans.