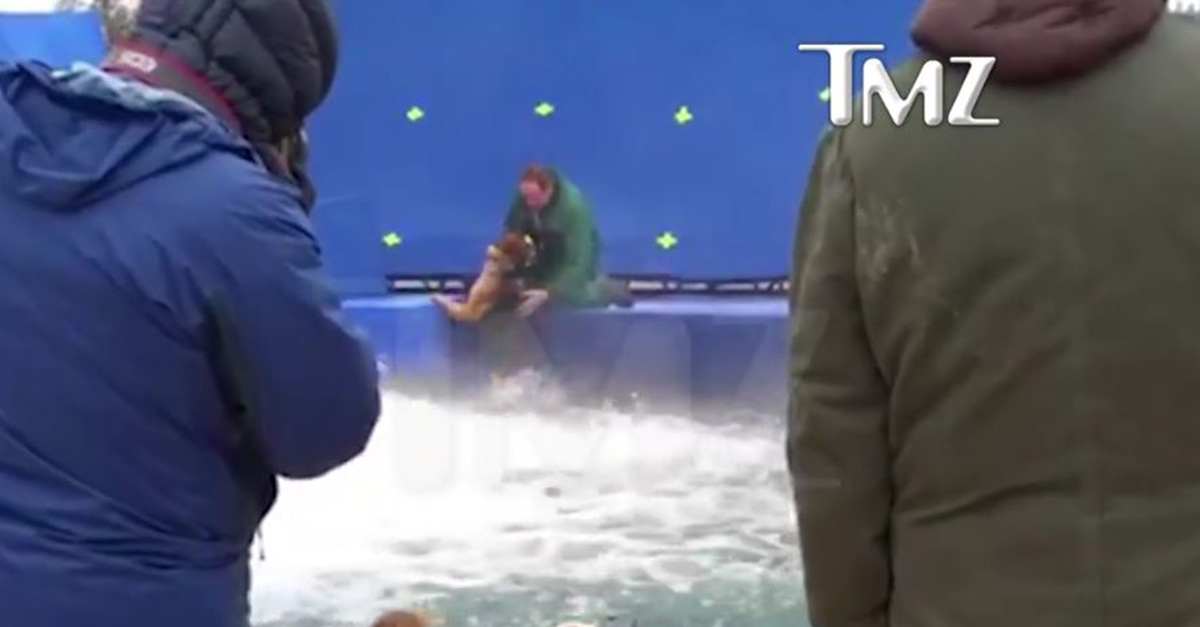 via TMZ
Screenshot/TMZ (a dog's purpose)

The production company behind “A Dog’s Purpose” wants to assure everyone that the dog seen in behind-the-scenes footage from the set it doing just fine.

According to TMZ, sources for the film maintain that the dog “was not forced” into the pool and filming only resumed when he was comfortable. The tabloid caught up with Amblin Entertainment who explained that the dog seen in the footage, named Hercules had “several days of rehearsal of the water scenes to ensure [he] was comfortable with all of the stunts.”

They added, “On the day of the shoot, Hercules did not want to perform the stunt portrayed on the tape so the Amblin production team did not proceed with filming that shot.”

The production company claims that the director of the film called for a break and when they resumed, Hercules filmed the scene and was not thrown into the rushing water.

In the disturbing footage, Hercules is seen struggling to get away from his handler and trying to stay out of the water as someone off-camera says, “he ain’t going to calm down until he gets in the water. You just have to throw him in.”

Later in the clip, the dog is seen going underwater and panic is overheard. The production company assured that he was rescued by divers immediately and maintains, “Hercules is happy and healthy.”

NO NO NO. No longer excited about seeing A Dog's Purpose. Treat animals with only LOVE please. #AnimalsAreNotProps #BoycottADogsPurpose

Me two hours ago: omg so excited to see A Dog's Purpose I'm gonna cry lol

how are u going to name the movie "a dog's purpose" if the dogs get abused in the making? thats not the purpose of dogs #boycottadogspurpose

A "dog's purpose" is not to be FORCED into dangerous water……

Amblin Entertainment also noted that the film is “is a celebration of the special connection between humans and their dogs. And in the spirit of this relationship, the Amblin production team followed rigorous protocols to foster an ethical and safe environment for the animals.”