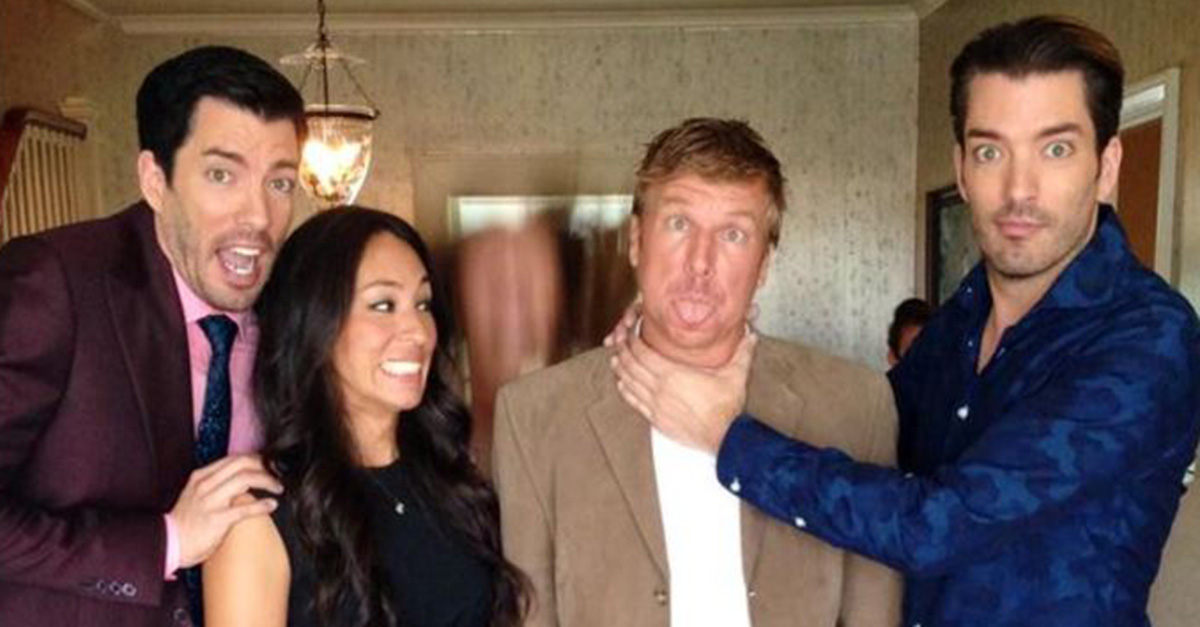 Good news for HGTV fans! The “Property Brothers” and “Fixer Upper” stars are not feuding!

Rumors of beef between the stars of the home improvement shows started swirling after Drew and Jonathan Scott told The New York Times that they once invited Chip and Joanna Gaines to appear on their reality spin-off “Brother vs. Brother” and they were turned down.

It's hard to tell here, but I'mReally starting to grow on these guys! Watch #BrothersAtHome tonight at 9p est. @hgtv pic.twitter.com/Ul9J4FlLs7

“We’re one big family, which is why we love bringing [fellow HGTV stars] in to judge us,” Drew told Fox News of the rumor. “We know a lot of the [HGTV] talent really well. Our show started airing in 2011 and over that time we’ve met [Chip and Joanna] once or twice. They were really nice.”

RELATED: After a little over a year of marriage, this “Married at First Sight” couple has decided to call it quits

Drew also assured fans that there is no bad blood or jealousy between the stars. In fact, he insisted that each party is happy for the others’ successes in spin-offs and product lines.

“No, we’re not jealous of them. They are phenomenally successful, and the audience loves them, and our fans have been asking for us to do something together,” Drew told NYT in May.

Looks like fans can be hopeful for a possible crossover episode with the four stars someday!