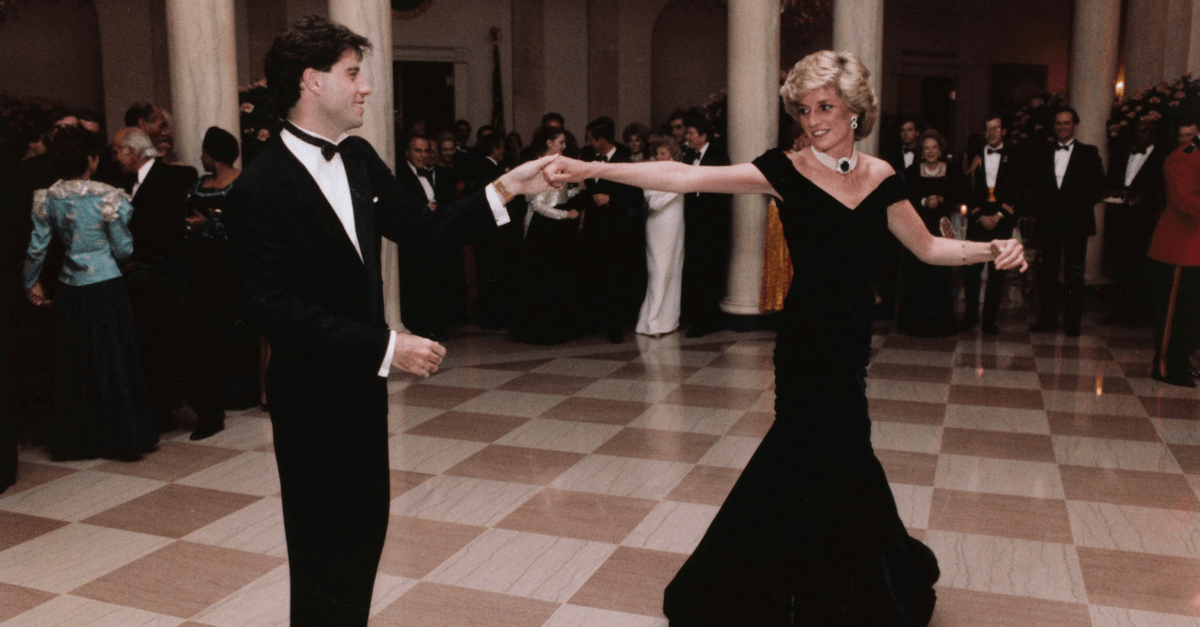 Associated Press
FILE - In this Nov. 9, 1985 photo provided by the Ronald Reagan Library, actor John Travolta dances with Princess Diana at a White House dinner in Washington. This outfit is featured in an exhibition of 25 dresses and outfits worn by Diana entitled "Diana: Her Fashion Story" at Kensington Palace in London, opening on Friday, Feb. 24, 2017. (Ronald Reagan Library via AP, File)

The late Princess Diana’s fashion choices inspired women all over the world.

RELATED: Meet 5 of the great loves in Princess Diana’s life

Here are five of her most memorable outfits.

David Emanuel designed Diana’s gown for her July 1981 wedding to Prince Charles. It was crafted from ivory silk taffeta and featured a 25-foot train.

After giving birth to Prince William in June 1982, Diana emerged from the Lindo Wing of St. Mary’s Hospital in this polka dot dress.

William’s wife, Catherine, Duchess of Cambridge, wore a similar dress when the couple debuted their son, Prince George, in July 2013.

Princess Diana and John Travolta took a spin on the dance floor during a White House dinner in November 1985. Her stunning midnight-blue Victor Edelstein gown commanded the world’s attention.

Remember this jaw-dropping ensemble? Diana wore it during an official visit to Hong Kong in November 1989.

Diana is best remembered for her kind heart and her charity work. She wore this casual yet memorable outfit during a January 1997 visit to Angola, where she worked with the British Red Cross to increase landmine awareness.