Meet 5 of the great loves in Princess Diana’s life 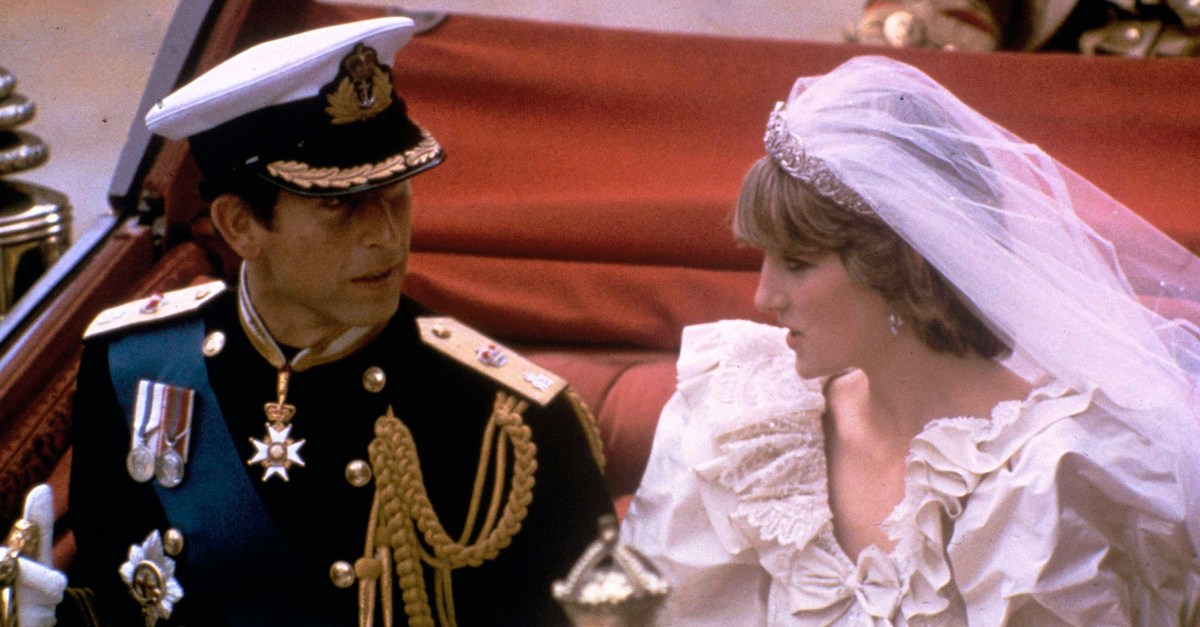 Associated Press
The carriage carrying the Prince and Princess of Wales passes along Trafalgar Square on its way from St. Paul's Cathedral to Buckingham Palace after the royal wedding in London on July 29, 1981. (AP Photo)

The moment she announced her engagement to Prince Charles in February 1981, Diana Spencer’s love life was put under a microscope.

RELATED: Princes William and Harry recall their anger at how the press treated Princess Diana

The late princess was linked to many men throughout her time in the public eye. Here are five of the prominent ones.

Diana was only 20 when she married the heir to the British throne on July 29, 1981, in an elaborate, televised ceremony at St. Paul’s Cathedral in London. Their marriage lasted 15 years and was not a happy one.

In a 1995 interview with BBC journalist Martin Bashir, Diana revealed that “there were three of us in this marriage so it was a bit crowded,” referring to her husband’s mistress, Camilla Parker Bowles. Diana claimed she confronted Charles about the affair, and he replied, “I refuse to be the only Prince of Wales who never had a mistress.”

Diana and Charles separated in 1992 and divorced four years later. Charles went on to marry Parker Bowles in April 2005.

While still married to Charles, Diana had a five-year affair with British Army cavalry officer James Hewitt. The relationship ended when Hewitt deployed to serve in the Gulf War.

For years, tabloids speculated that the redheaded Hewitt is the biological father of Diana’s younger son, Prince Harry. Diana’s bodyguard, Ken Wharfe, debunked that in a memoir, writing, “Harry was born on September 15, 1984, which means he was conceived around Christmas 1983… Diana did not meet James Hewitt until the summer of 1986.”

Diana claimed in a 1992 recording made by her speech coach that Barry Mannakee, one of her bodyguards, was “the greatest love I’ve ever had,” despite never being intimate with him.

“I was like a little girl in front of him the whole time, desperate for praise,” Diana said in the secret tape released in July 2017. “I was quite happy to give it all up, just to go off and live with him. Can you believe it?”

While Diana didn’t identify Mannakee by name, she did say her mystery man “was chucked out and then he was killed” when royal security learned of their love. Mannakee, a married father of two, died in a motorcycle accident in May 1987, only three weeks after being removed from his post. He was 39.

Diana met Dr. Hasnat Khan, a Pakistani heart surgeon living in London, in 1995 while visiting a friend’s hospitalized husband. She spent the next three weeks pursuing him.

The two worked hard to keep their relationship under wraps; Khan even hid in the trunk of a car entering Kensington Palace and slipped inside the building with help from Diana’s butler. The romance was serious enough that Diana read books on Islam and asked the butler to find a priest who would marry her to the Muslim doctor.

However, Khan feared he would no longer be able to practice medicine if he were linked to the princess. He ended the relationship in 1997.

Khan didn’t admit to his two-year affair with Diana until a 2008 inquest into her death, saying, “I found her a very normal person with great qualities. She did great work all over the world, not just in the U.K., but everywhere.”

Dodi Fayed, the playboy son of an Egyptian billionaire, began dating Diana in July 1997. He died at age 42 in the same Paris car accident that killed the princess.

Shortly before their deaths, Diana and Fayed vacationed aboard his family’s yacht in the South of France and Sardinia. Afterward, they stopped in Paris on their way back to London, but never made it to the U.K.

Michael Gibbins, Diana’s one-time private secretary, recently revealed his belief that the princess was not in love with Fayed. “I think frankly she was just having a lovely summer at somebody else’s expense, to be perfectly honest,” he said. “When the summer was over, everything would have disintegrated.”