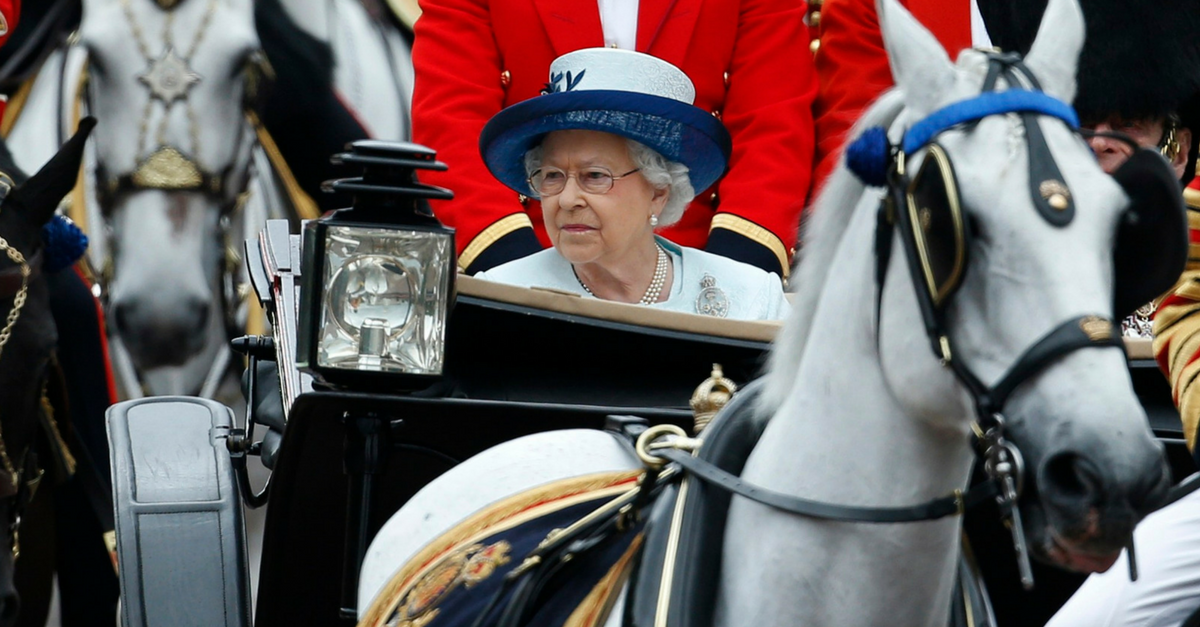 AP Photo/Lefteris Pitarakis
Britain's Queen Elizabeth II returns back to Buckingham Palace in a horse drawn carriage during the Trooping The Colour parade, in central London, Saturday, June 14, 2014. Hundreds of soldiers in ceremonial dress have marched in London in the annual "Trooping the Color" parade to mark the official birthday of Queen Elizabeth II. "Trooping the Color" originated from traditional preparations for battle, when flags were carried or "trooped" down the rank for soldiers to see. (AP Photo/Lefteris Pitarakis)

Prince Philip isn’t the only member of the royal family celebrating his retirement. Queen Elizabeth II’s trusty carriage horse Daniel is hanging up his saddles.

Daniel, the Queen’s favorite horse, enjoyed a 15-year career pulling her carriages. A “Windsor Grey,” Daniel is set to retire at the age of 22 after after his service in the Royal Mews. During his time in action, he draw Her Majesty’s carriage during important events such as the State Opening of Parliament, Trooping the Colour and the Garter Day procession.

Once he’s retired, Daniel will spend the rest of his life at a Home of Rest for horses.

?He?s a handsome boy ? but he knows he?s a looker,? Jeanette Allen, CEO of the Horse Trust, the organization that runs Daniel?s future home. ?You could see that from the way he carried the Duke and Duchess to their wedding. Greys normally love mud, but it took him days to roll in a puddle after he arrived here. He?s very refined.?

To remember him, the Queen is said to have life-size bronze statue made in his image.

RELATED: For his decades of service, Prince Philip is being honored with a special retirement gift