For his decades of service, Prince Philip is being honored with a special retirement gift 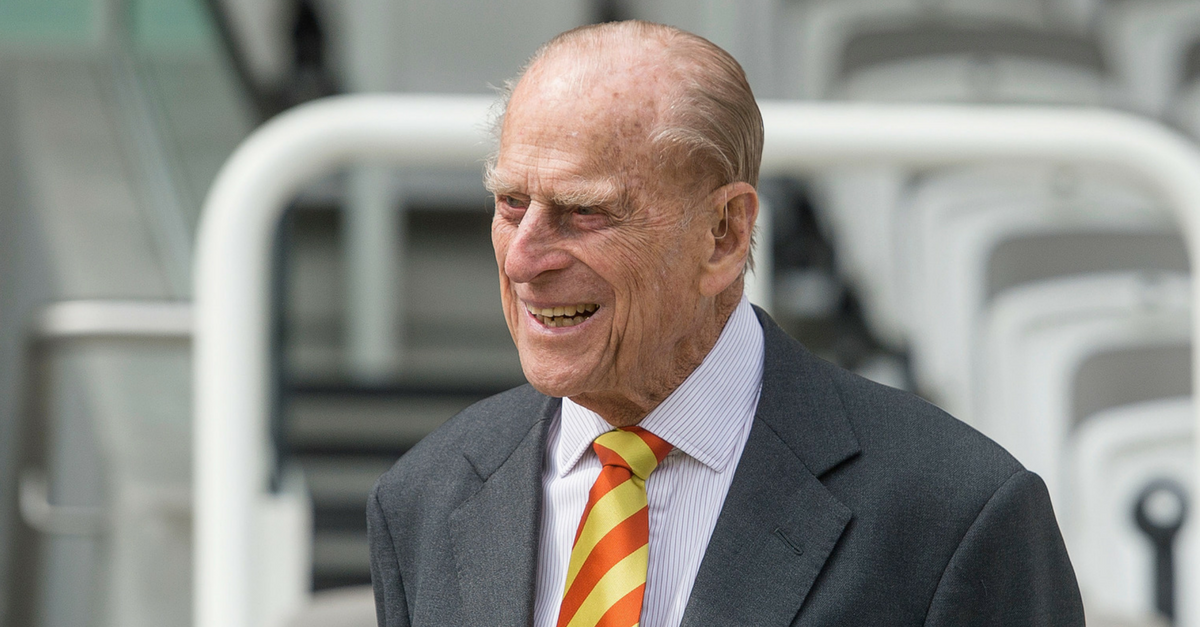 Arthur Edward/Pool Photo via AP
FILE - In this Wednesday, May 3, 2017 file photo Britain's Prince Philip, the Duke of Edinburgh, smiles during his visit to Lord's Cricket Ground to open the new Warner Stand, in London. Buckingham Palace said Thursday May 4, 2017 that Prince Philip will no longer carry out engagements starting this fall. (Arthur Edward/Pool Photo via AP)

After 65 years of service on behalf of the royal family, Prince Philip retired from his official duties on Wednesday and is being honored in a very special way.

The Royal Mint, which makes coins and medals for around 60 different countries, is celebrating the prince’s retirement with a new coin. They introduced a new coin £5 into circulation to commemorate the occasion.

Prince Philip retires today after 65 years of service. We celebrate his contribution to public life on a UK #coin : https://t.co/K3muLa7itK pic.twitter.com/rHQDKiJJiG

The coin is dual-sided with Prince Philip’s face on one side and his wife the Queen’s on the other, which is standard for British currency. On Philip’s side, the words “Non sibi sed patriae” surround his face, meaning “not for self, but country.”

Prince Philip’s oldest son Prince Charles was lucky enough to “strike” ? aid in the creation of ? the first of the commemorative coins during his visit to the Royal Mint last month.

“We are particularly delighted that the Prince of Wales struck the very first of the coins that will celebrate the contribution that The Duke of Edinburgh has made to public life,” Adam Lawrence, Chief Executive of The Royal Mint, said.

Prince Philip’s new coin has an even more special meaning given that he served as President of the Royal Mint Advisory Committee for 47 years from 1952 to 1999.

RELATED: The Palace released news about Prince Philip that his people never wanted to hear