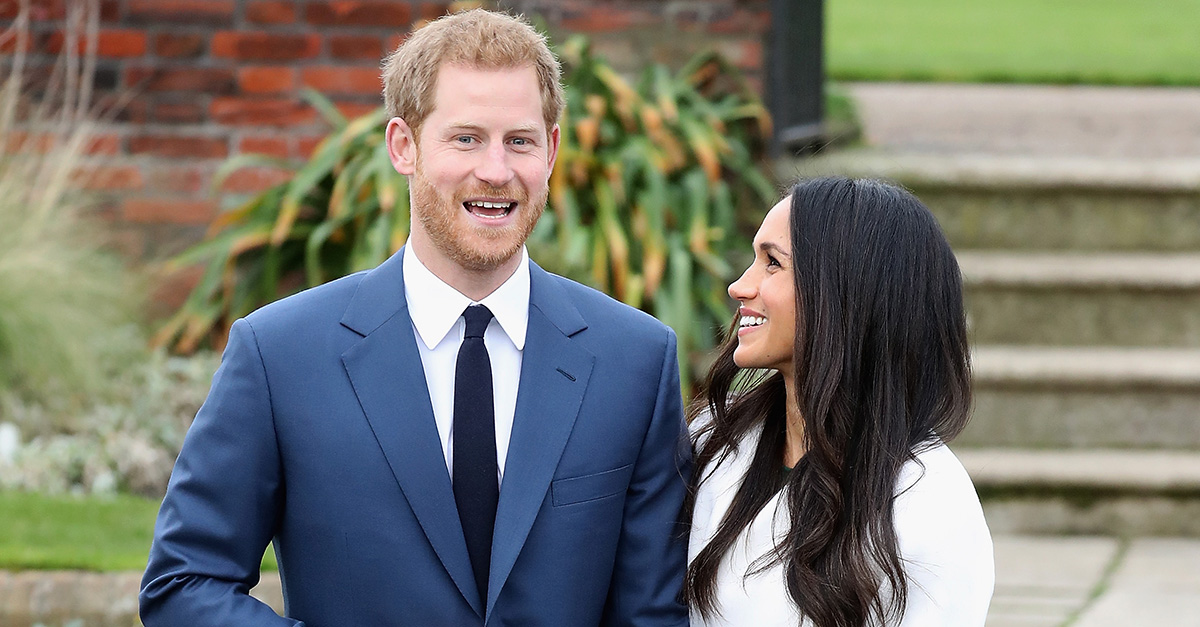 Meghan Markle has one royal expert showing her the ropes when it comes to marrying into Britain’s royal family.

According to TMZ, Markle is getting all of her royal etiquette lessons directly from her fiancé, Prince Harry. The gossip outlet reports that Harry has been giving Markle lessons (and homework) for months, which meant he knew she was the woman for him long ago.

Markle apparently has a lot to learn, like whom she will be required to curtsy to. The Daily Mail reports that curtsying “is not only a physical act, but a political one, too.”

The actress and bride-to-be will reportedly be expected to curtsy to the queen, her soon-to-be sister-in-law the Duchess of Cambridge, Princess Anne, Princesses Eugenie and Beatrice (though if Harry is not in the room, they will be expected to curtsy to her). If Sophie, Countess of Wessex, is present with her husband Prince Edward, Markle will have to curtsy, but if Sophie is alone, she will not.

RELATED: Meghan Markle will not be a princess after her wedding, but she will get a title

Other royal etiquette Markle is reportedly learning from her husband-to-be is how to handle herself at a state dinner, how to properly address dignitaries and royal table etiquette. She reportedly will have to refrain from taking photos with fans once she is a member of the royal family.

TMZ reports that the couple are planning for a May 26, 2018, wedding, though that has not yet been confirmed by the palace.

Just one day after the announcement of their engagement, Kensignton Palace revealed that they are expected to wed in May 2018. No exact date was announced at the time. The couple will wed at St. George’s Chapel, Windsor Castle, according to a statement released by Kensington Palace on Nov. 28.

“The marriage of His Royal Highness Prince Henry of Wales and Ms. Meghan Markle will take place at St. George?s Chapel, Windsor Castle in May 2018,? the statement on Kensington Palace?s official Twitter read at the time. ?Her Majesty The Queen has granted permission for the wedding to take place at the Chapel.?