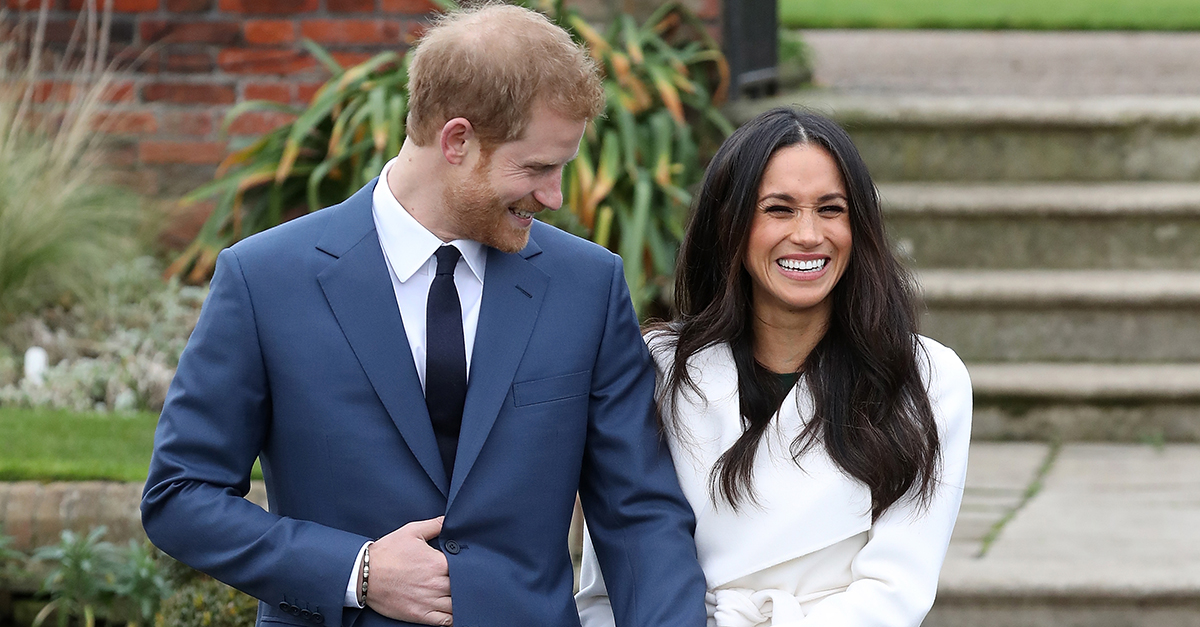 The countdown to Meghan Markle and Prince Harry’s May 19 wedding is on and the bride-to-be reportedly just celebrated the upcoming “I Do’s” with a special bridal shower thrown in her honor.

According to E! News, Markle celebrated the occasion at Soho Farmhouse in Oxfordshire over the weekend. A source shared with the publication that the day was “relaxing” and full of “pampering.”

“Markus Anderson has helped throw the shower for Meghan and a small group of mostly her London friends,” a source dished. “It’s just a relaxing day of good food and pampering.”

Some of the guests included Heather Dorak and Lindsay Jill Roth, two pals of the former “Suits” actress. Her mother, Doria Radlan also reportedly attended the shower thrown in her daughter’s honor. Next up on Markle’s bridal to-do list is her upcoming baptism into the Church of England, which is set to take place at the Kensington Palace chapel. Markle’s father, Thomas Markle is reportedly planning to attend his daughter’s baptism and meet her groom-to-be ahead of the wedding.

Prince Harry and Markle will reportedly invited more than 2,600 members of the public to their May wedding at Windsor Castle.

Just last month, the Palace released all of the details about the couple’s big day in a statement on social media.

“[Harry and Ms. Markle] are looking forward to sharing their celebrations on the day and would like to thank the public for the good wishes they have received since announcing their engagement,? the Palace began the statement. ?The wedding service will begin at noon [7 a.m. EST] on 19 May at St George?s Chapel. The Dean of Windsor will conduct the service, and The Archbishop of Canterbury will officiate.?

The statement continued, ?At 1 p.m. the couple will travel through Windsor Town in a carriage procession, returning to Windsor Castle along the Long Walk. Afterwards, there will be a reception at St George?s Hall for guests from the congregation. Later that evening, The Prince of Wales will give a private reception.?