Meghan Markle appears at her first royal engagement with Harry, William and Catherine 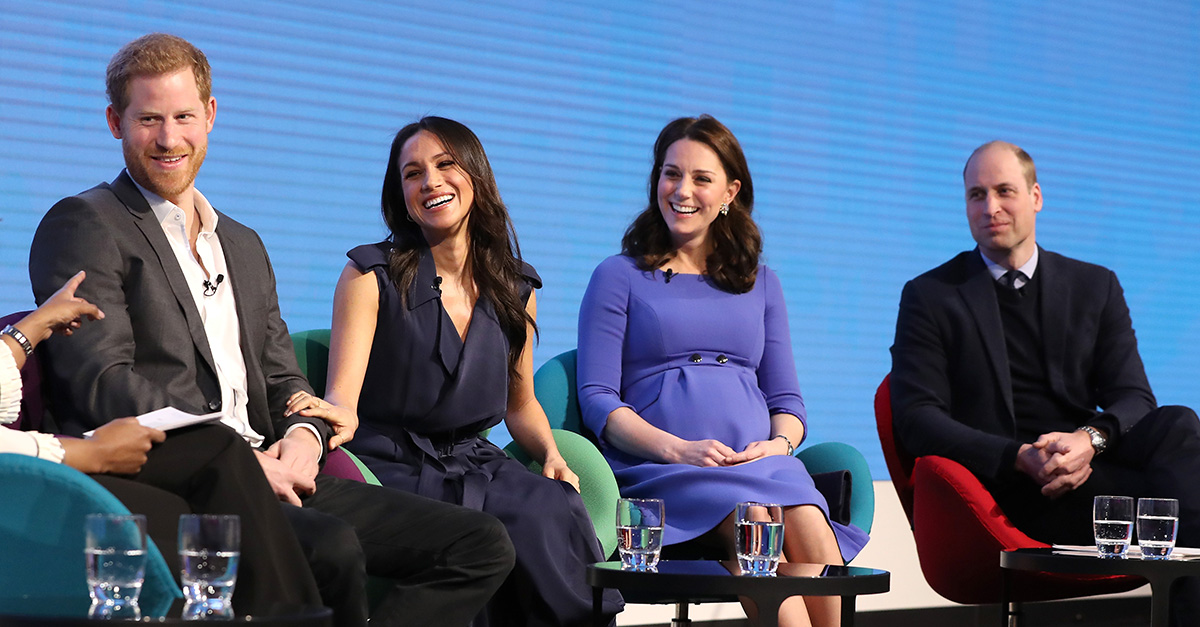 The royal fab four stepped out together on Wednesday for their first official engagement with Prince Harry’s fiancee, Meghan Markle.

The American actress dazzled alongside the three veteran royals at the first annual Royal Foundation Forum. The Royal Foundation was initially set up by Prince Harry, Prince William and Duchess Catherine, but Markle will become a patron when she marries Harry on May 19.

This is the first time the four have appeared publicly since celebrating Christmas Day together in December.

At the event, Prince William said he was “particularly happy” Markle was joining them for the forum. The four used the panel to discuss how the foundation will be used and what charities it will benefit moving forward.

RELATED: The internet showed no mercy when Duchess Catherine stepped out wearing this over the weekend

Duchess Catherine is credited with coming up with the idea that the original three should work together on mental health issues, but they were excited to bring Markle, a philanthropist, on board.

“It’s incredibly exciting and for me,” she said before touching on her own work with woman’s rights. “The impact they made together with Heads Together was tremendous, and I am very excited to work on similar initiatives that can have that same sort of impact globally.”

Markle previously worked with the United Nations, One Young World and the Myna Mahila Foundation, among others.

Harry, William and Catherine have all been open about their own love of philanthropy. Just this week, expectant Duchess Catherine met with nurses in support of the Nursing Now charity.

In her speech on Tuesday, she said:

This campaign means a lot to me personally. My great-grandmother and grandmother were both volunteer nurses. They would have learned first-hand from working with the Voluntary Aid Detachment and the Red Cross about the care and compassion that sometimes only nurses can provide.

Your dedication and professionalism are awe-inspiring. I have been struck today by the enormous range of responsibilities that nurses have, not only in providing access to healthcare, but also in terms of providing a holistic approach to caring for our physical and mental health. You also promote good health and disease prevention. In some parts of the world, nurses are perhaps the only qualified healthcare professionals in their communities, so your work is all the more vital.