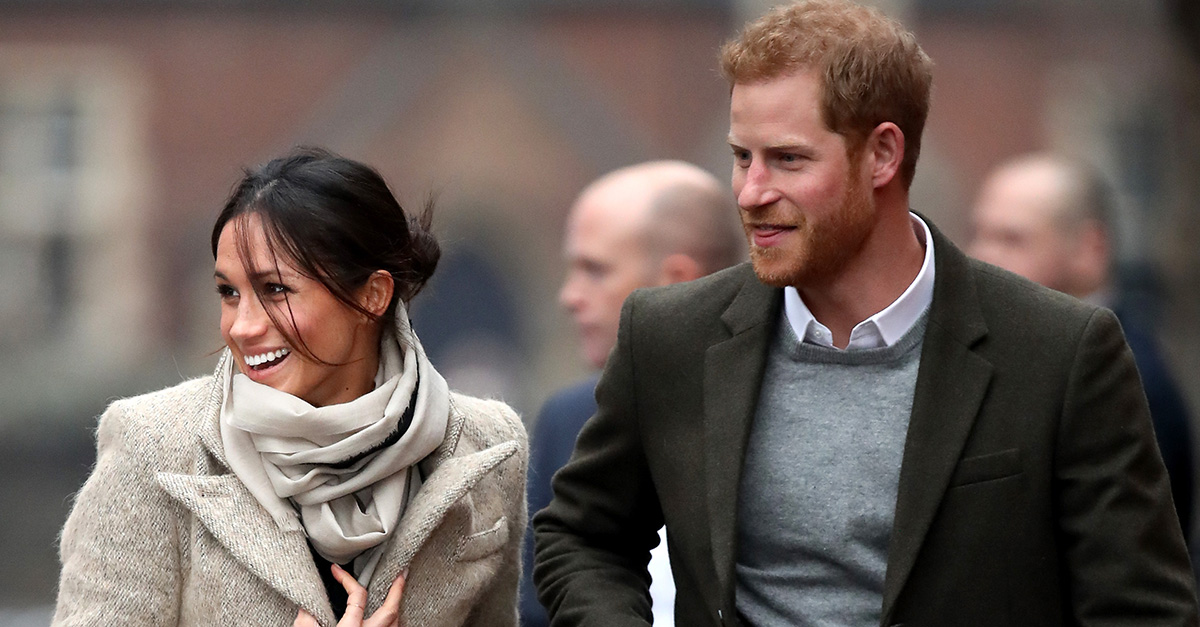 Photo by Chris Jackson/Getty Images
LONDON, ENGLAND - JANUARY 09: Prince Harry (R) and his fiancee Meghan Markle visit Reprezent 107.3FM on January 9, 2018 in London, England. The Reprezent training programme was established in Peckham in 2008, in response to the alarming rise in knife crime, to help young people develop and socialise through radio. (Photo by Chris Jackson/Getty Images)

Meghan Markle and Prince Harry were involved in a horrifying incident when a package containing a white substance, which could have been anthrax, was sent to their Kensington Palace home this month.

According to PEOPLE, the envelope was addressed to Markle and Harry but was caught before it reached them. The package was sent to St. James’s Palace for sorting, and “the substance was tested and confirmed as non-suspicious,” according to a Palace spokesperson. The package also reportedly contained a racist message, as reported by the Evening Standard.

“Police are investigating after a package containing a substance was delivered to St. James’s Palace on Monday, February 12,” a Metropolitan Police spokesperson said of the case. “Officers are also investigating an allegation of malicious communications which relates to the same package.”

No arrests have been made at this time, though the incident will likely put authorities on high alert come the couple’s May 19 wedding.

Earlier this month, a timeline of the couple’s big day was released by the Palace.

“[Harry and Ms. Markle] are looking forward to sharing their celebrations on the day and would like to thank the public for the good wishes they have received since announcing their engagement,” the Palace began the statement on Facebook. “The wedding service will begin at noon [7 a.m. EST] on 19 May at St George’s Chapel. The Dean of Windsor will conduct the service, and The Archbishop of Canterbury will officiate.”

“At 1 p.m. the couple will travel through Windsor Town in a carriage procession, returning to Windsor Castle along the Long Walk. Afterwards, there will be a reception at St George’s Hall for guests from the congregation,” the statement continued. “Later that evening, The Prince of Wales will give a private reception.”