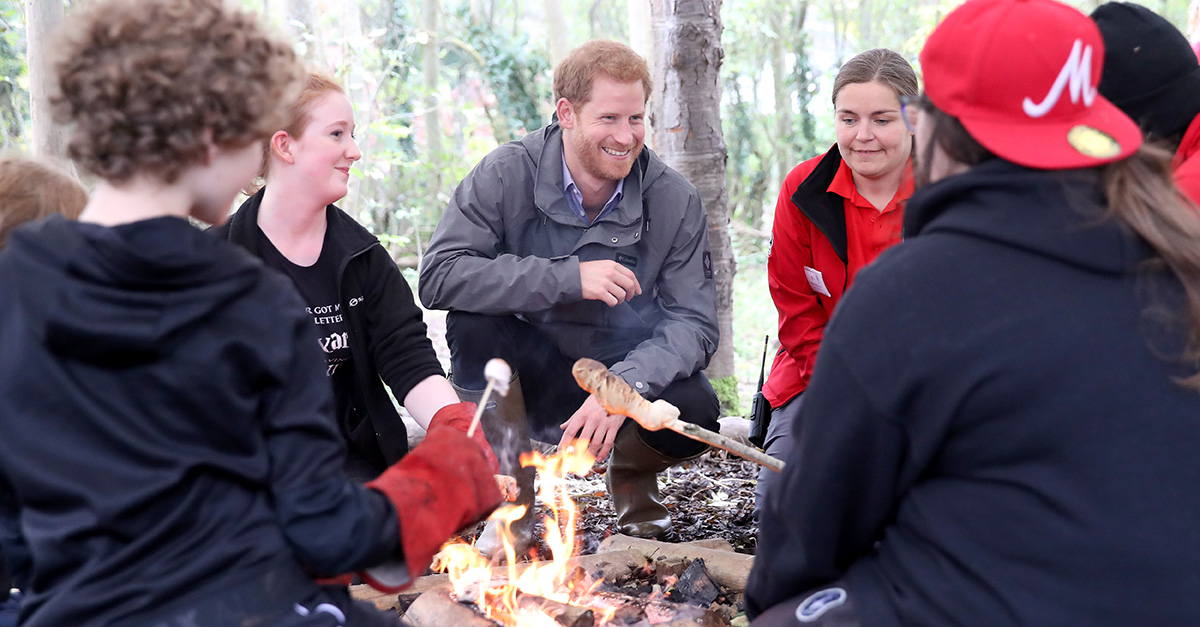 Believe it or not, Prince Harry has never gathered around a campfire with friends and toasted marshmallows.

The royal paid a visit to Myplace at Brockholes Nature Reserve earlier this week and hung out with a few kids around the campfire when he made the shocking (okay, it’s not that shocking) confession to the group.

?I?ve never toasted marshmallows over a campfire. They?re too sweet for me,? he said, according to PEOPLE. “But I?ve made campfires and slept under the stars more than I?ve slept in a bed.?

We have to ask: how does he thinks that marshmallows and s’mores are “too sweet” if he’s never tired them before?

RELATED: Meghan Markle and Prince Harry?s relationship hit another milestone if this rumor is true

This admission also means that Harry has never tasted a marshmallow from sister-in-law Duchess Catherine’s little brother James’ business venture. In 2014, James Middleton revealed that he was the mastermind behind a start-up, Boomf, that will print your Instagram pics onto the delectable treat.

“When you see yourself on a marshmallow, or your loved one or your pet, you have a little moment with that little marshmallow. There aren?t many products in the world like that,? James said in a 2014 interview with The Cut.

Now, you can’t expect us to believe that Harry has never had his face printed on a marshmallow with such a close connection in the family.