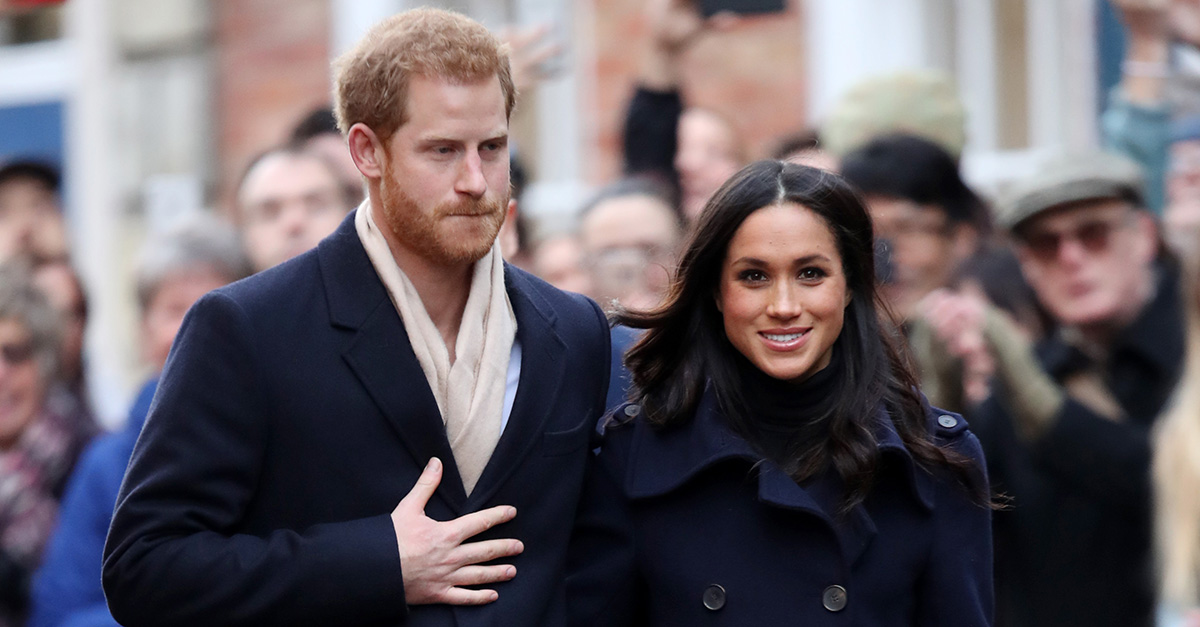 This year, Prince Harry is apparently going to sit out out from the annual royal family duck hunt.

According to The Daily Mail, the newly engaged prince has decided not to partake in the family’s annual duck hunt on Dec. 26 as he does not want to upset his fiancée, Meghan Markle, who is quite the animal lover and has been known to speak out on animal rights.

“The Boxing Day shoot was always going to be a tricky issue. Meghan is a keen animal rights campaigner and doesn’t like hunting in any form,” a source told The Sun. “Harry loves it and has always been out there on Boxing Day. But if it means breaking with long-standing royal traditions to avoid upsetting her, so be it. It’s fair to say that there are some pretty stunned faces around here.”

Prince Harry’s brother, Prince William, and father, Prince Charles, are reportedly planning to go on the hunt without him.

Harry and Markle were set to make the trip up to the Queen’s Norfolk estate to celebrate Christmas with the royal family but may be delayed, as Markle’s dog Guy was severely injured and is being treated for two broken legs. The soon-to-be duchess is reportedly “distraught” by the news of Guy’s injury, and Harry is by her side as he is cared for by renowned veterinarian Dr. Noel Fitzpatrick.

The Palace has not commented on Guy’s condition at this time.