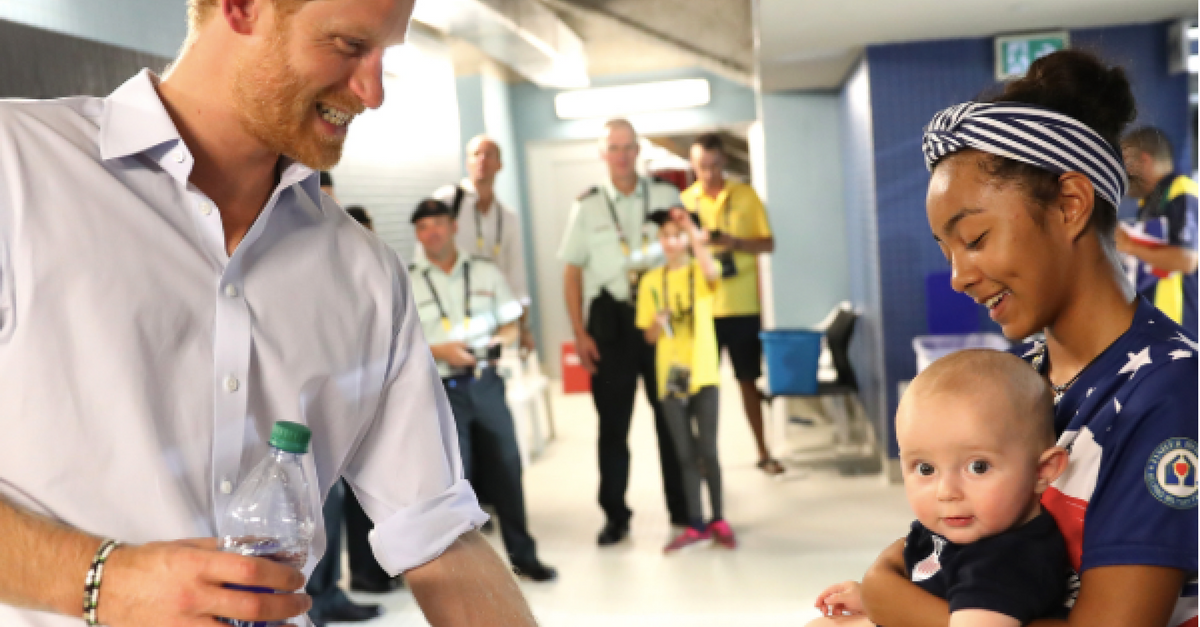 On the last day of competition at the Toronto Invictus Games, Prince Harry spent some time with the tiniest and cutest fan at the event.

“Prince Harry celebrates with #TeamNicholson after Mike Nicholson wins an Invictus Gold medal for the USA 🇺🇸 in the swimming,” Kensington Palace captioned an Instagram post featuring the royal playing with a 7-month-old baby in the arms of a young woman wearing a Team USA shirt.

Prince Harry celebrates with #TeamNicholson, after Mike Nicholson wins an Invictus Gold medal for the USA 🇺🇸 in the swimming.

RELATED: Prince Harry sharing his popcorn with a little girl is the cutest video on the Internet

In the photo album, the palace also included a video, which shows Team USA shaking hands and smiling as the national anthem played in the background.

Earlier this week, Prince Harry was seen sharing sweet moments with a little girl who was very interested in stealing a few pieces of his popcorn as she sat next to him during Wednesday’s Sitting Volleyball Finals. The royal was captured making funny faces at the child and offering her some of his popcorn.

Prince Harry, who has said he’s ready for fatherhood, was accompanied to the games by girlfriend Meghan Markle, marking just the second time they’ve appeared at an official event in public together.