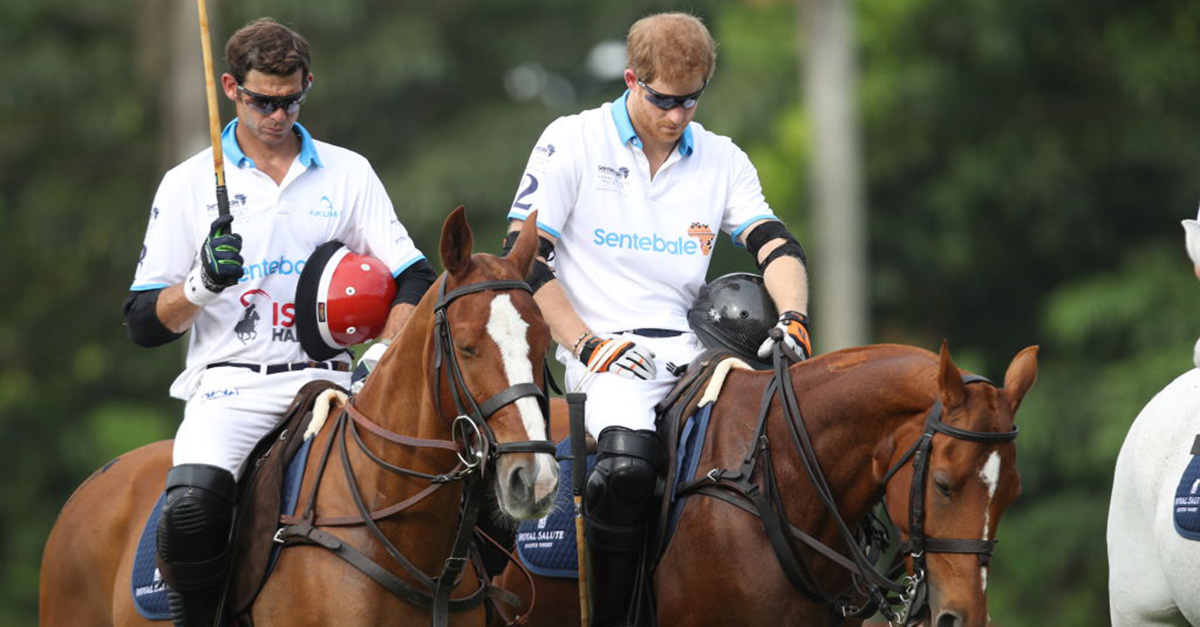 Prince Harry took another moment to honor those who lost their lives during the Saturday night terror attack in London.

Harry is currently on a two-day trip to Singapore, and on Monday, he led a charity polo match for his organization, Sentebale, and before the match, he held a moment of silence for the victims. Harry reportedly bowed his head as the announcer said the moment was “a mark of respect for all the victims and those affected by the terror attacks in London on Saturday night.?

Following the moment of silence and prayers, Harry faced off with his opponents in the game and helped his team to victory by scoring two goals on his own.

RELATED: A school choir completely stole the show at Ariana Grande?s benefit concert for the victims of the Manchester attack

Sentebale is an organization that helps support children and youths affected by HIV in Lesotho and Botswana.

On Sunday, the prince broke fast with Muslims observing Ramadan and paid tribute to the victims with a prayer before the meal lead by the secretary-general of Jamiyah, Muhammad Rafiuddin Ismail.

?Our thoughts go out to the families of the victims of the London terror attack last night,? he said. ?Let peace and harmony prevail in communities all over the world.?

According to PEOPLE, Harry will be visiting the Jamiyah Children’s Home folloiwing the polo match. On Wednesday, he is set to travel to Australia to meet with competitors of the 2017 Invictus Games and their families.