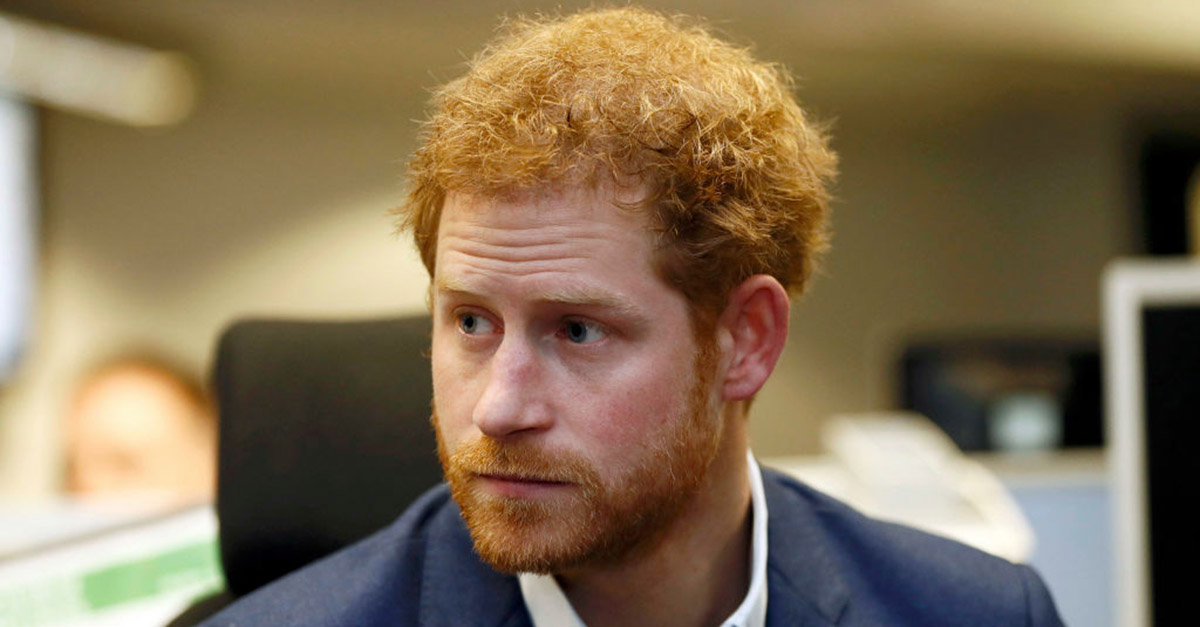 Prince Harry is opening up about his own struggles with mental health.

According to PEOPLE, Harry recently spoke candidly about losing his mother and going to therapy in a recent interview on Bryony Gordon’s new podcast “Mad World.”

“I?ve spent most of my life saying ?I?m fine? ? and most of us aren?t up for going that deep. So today I?m OK. I?m a little bit nervous. I?m a little bit tight in the chest but otherwise fine,? he told the host. He then revealed that losing his mother on such a “public platform? affected his not only his personal and public lives, but also his mental health.

?I can safely say that losing my mom at the age of 12 and therefore shutting down all of my emotions for the last 20 years has had quite a serious effect on not only my personal life but also my work as well,” Harry admitted.  “My way of dealing with it was sticking my head in the sand, refusing to ever think about my mum because why would that help??

Harry admitted that the years of burying his emotional lead to “two years of ?total chaos in his 20s and with the support of his brother, Prince William, he decided to seek professional help.

He said that both seeing a therapist and practicing boxing has helped him gain control of his emotions.

?Because of the process that I?ve been through over the last 2½-3 years, I?ve now been able to take my work seriously, be able to take my private life seriously as well, and be able to put blood, sweat and tears into the things that really make a difference,” he said.

Harry also shared advice for those who may be struggling to find the courage to ask for help.

“No matter who you are, the conversation has to be the beginning,? he said.