Menu
Follow us
Search
Menu
Search
LONDON, ENGLAND - APRIL 29: Britain's Prince Harry walks off the pitch to take his seat in the crowd to watch the annual Army Navy armed forces rugby match at Twickenham stadium on April 29, 2017 in London, England. Prince Harry attended the Army Navy match at Twickenham as Patron of the Invictus Games Foundation, which is the Official Charity of the day for this year's match. The Army Navy Match is the annual rugby union match between the senior XV teams of the Royal Navy and British Army. This year sees the 100th fixture. (Photo by Adrian Dennis - WPA Pool/Getty Images)

Britain’s most eligible bachelor is off the market. Prince Harry got engaged to American actress Meghan Markle in November 2017, after more than a year of dating.

RELATED: Meghan Markle opens up for the first time about being “in love” with Prince Harry

But she’s far from the first woman to strike the 33-year-old royal’s fancy. Here are six of his past loves.

Arguably the most prominent of Harry’s girlfriends, Davy met the prince in 2004, while he took a gap year before joining the British Army. They dated on and off for about six years, and officially ended their relationship in 2010.

Davy, a Zimbabwe native and former lawyer, opened up about their breakup in 2016, saying she “couldn’t cope” with the constant public attention. “It was so full-on: crazy and scary and uncomfortable,” she said. “I was trying to be a normal kid and it was horrible.”

However, she’s still friendly with Harry, and was even his date to the 2011 wedding of his brother, Prince William, and Kate Middleton. “I think we will always be good friends,” she said of Harry.

After his split from Davy, Harry dated the English lingerie model, who is reportedly also his distant cousin.

The two broke up in August 2011. Reports claimed Harry “[didn’t] want to be tied down in a relationship” while going through Apache helicopter training. But Brudenell-Bruce apparently told friends she ended the relationship because it “wasn’t going to go anywhere” and “she felt [Harry] had a wandering eye.”

Harry was briefly linked to the television presenter and Formula One pit lane reporter in 2006. British tabloids got their hands on a photograph of the pair on a night out.

However, Pinkham claimed she and Harry were never more than friends. She is now married with two children.

RELATED: Meet 5 of the great loves in Princess Diana’s life

Pinkham introduced Harry and Flack, who used to host the British “X Factor,” in 2009.

In her 2015 autobiography, “Storm in a C Cup,” Flack said she “really liked” Harry, but they “had to stop seeing each other” when the media got wind of their relationship.

After splitting from the prince, Flack was linked to another Harry — One Direction member Harry Styles, who is 14 years her junior.

King, a member of British-Irish girl group The Saturdays, initially denied her 2012 relationship with Harry, but later admitted they “did go out for a drink.”

British papers claimed Harry broke up with King “because she was too open about their relationship.”

Harry and the English actress dated from 2012 to 2014. They were introduced by Harry’s cousin, Princess Eugenie, who is a good friend of Bonas.

The couple’s relationship reportedly ended because Bonas couldn’t handle the criticism that came with dating a royal. A family friend described Bonas as “just a normal, pretty girl” who “just couldn’t take it” when strangers scrutinized and judged her every move.

In an August 2017 interview with the BBC, Bonas expressed dismay at being “pigeonholed” as little more than Harry’s ex-girlfriend. “It’s incredibly frustrating… But, you know, it is the way it is,” she said. 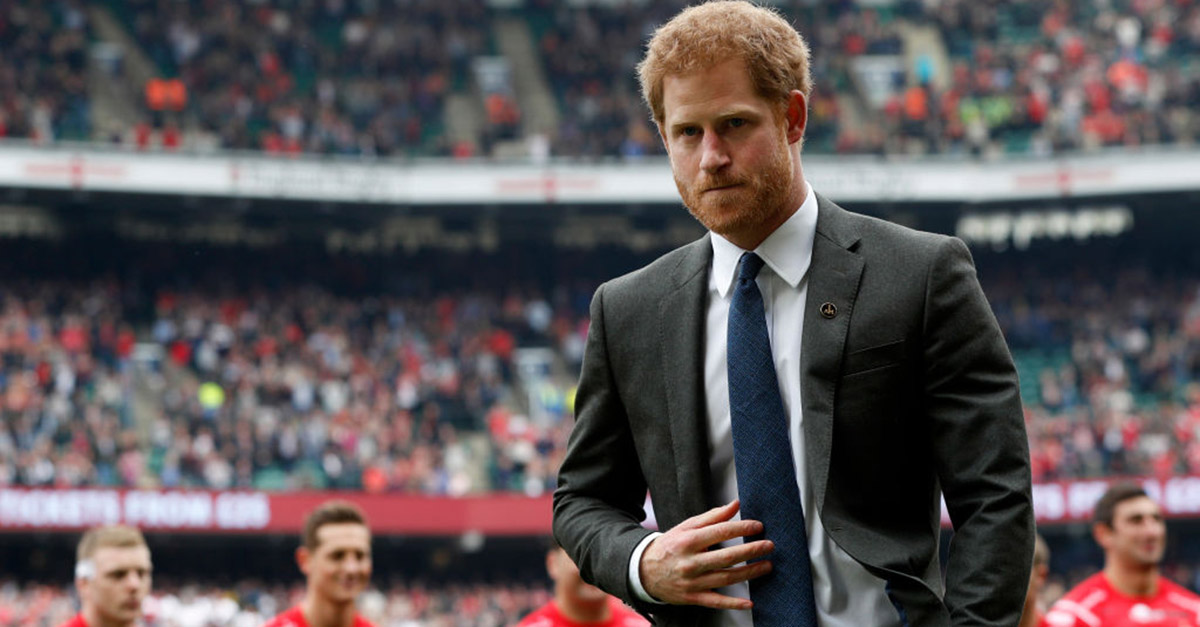 More From: The Royal Family