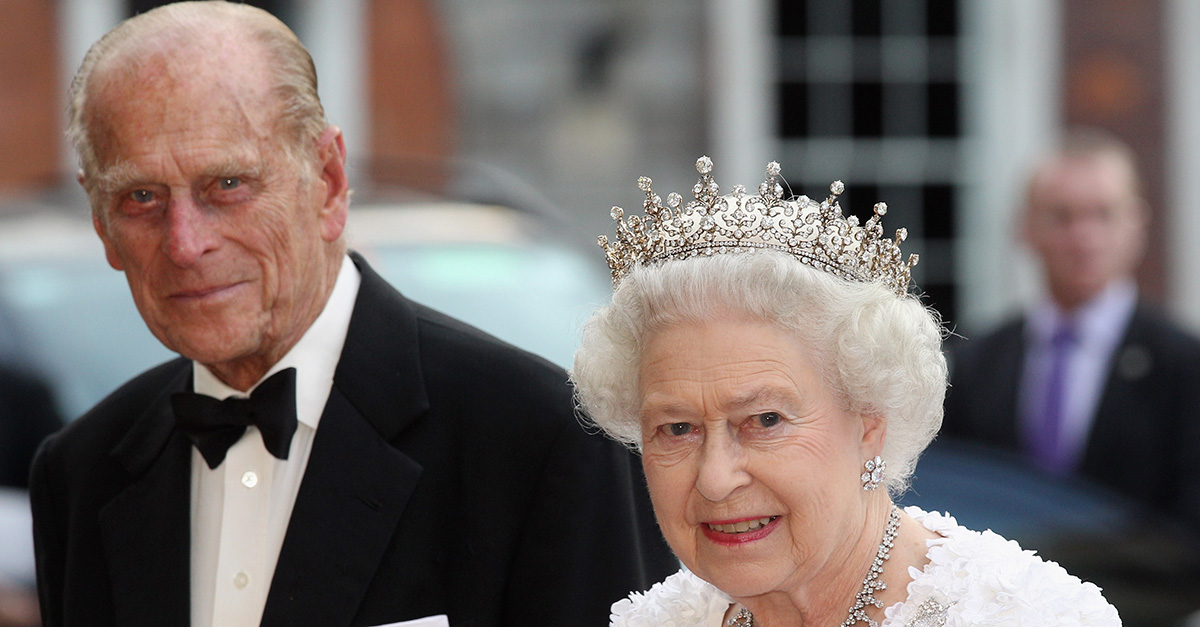 Photo by Oli Scarff/Getty Images
DUBLIN, IRELAND - MAY 18: Queen Elizabeth II and Prince Philip, Duke of Edinburgh arrive to attend a State Banquet in Dublin Castle on May 18, 2011 in Dublin, Ireland. The Duke and Queen's visit to Ireland is the first by a monarch since 1911. An unprecedented security operation is taking place with much of the centre of Dublin turning into a car free zone. Republican dissident groups have made it clear they are intent on disrupting proceedings. (Photo by Oli Scarff/Getty Images)

Prince Philip was discharged Thursday from a London hospital after he was treated for an infection, Buckingham Palace said.

Philip, the husband of Queen Elizabeth II, was admitted to the King Edward VII Hospital on Tuesday as a precautionary measure after he fell ill with an infection related to an existing health condition that wasn?t made public.

Philip, who turned 96 earlier this month, was driven home from the hospital Thursday. Officials said he was in good spirits during his two nights? stay there.

RELATED: Prince Harry recalls the painful experience of walking behind his mother?s coffin at her funeral

His brief admission to the hospital meant he missed out on two major events in the queen?s calendar ? the state opening of Parliament on Wednesday and the Royal Ascot horse races.

In May, Philip announced he was stepping down from public life and wouldn?t take on new charity roles after more than six decades of service.

The royal has been hospitalized several times in recent years, including for treatment of a blocked coronary artery in 2011 and a bladder infection in 2012, but he has been in generally good health.

The queen, 91, maintains her regular schedule of public appearances.